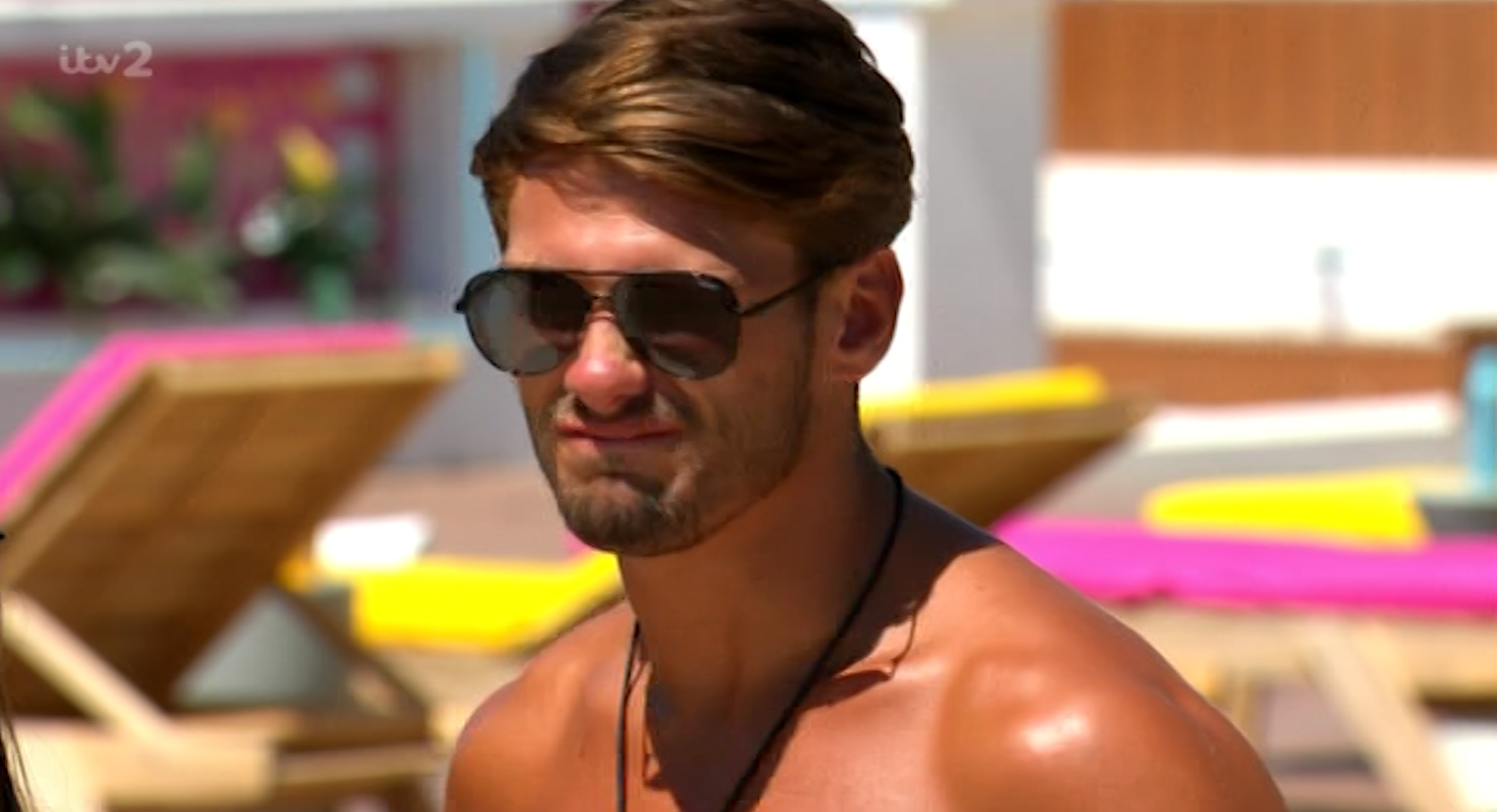 Tonight’s episode of Love Island was eventful to say the least, with Jacques O’Neill revealing the reasoning behind his decision to leave the series after it was announced by ITV.

The tears flowed in all corners of the villa, from Jacques, his partner Paige Thorne and close friend Luca Bish, who admitted that he would have quit the show as well in solidarity with Jacques if not for his partner, Gemma Owen.

Meanwhile, ‘ultimate’ bombshell Adam Collard, who had a memorable turn on the programme four years ago, has quickly cracked on getting to know the girls… which has instantly unnerved the boys.

Elsewhere, Tasha Ghouri and Andrew Le Page appear to be back on track, but has a seed of doubt been planted in her mind about their future?

Here are the main talking points from episode 37.

After days of feeling extremely down about his situation with Paige, tonight’s episode saw Jacques make his mind up that his time in the villa had come to an end.

Soon after Paige returned from Casa Amor, she discovered that Jaques kissed Cheyanne Kerr while she was away, which she found extremely difficult to forgive.

Over the past few days, she and Jacques have grown closer again – but friction grew once again following the arrival of ‘ultimate’ bombshell Adam, when Jacques found out what Adam said to Paige about him behind his back.

The evening before his exit, Jacques furiously told Billy to ‘f**k off’ so he could speak to Paige about what was said with Adam, shortly before appearing at a loss about what he could do to rectify the situation and act in a way that would make Paige happy.

The following day, he told Paige in emotional scenes that he hadn’t felt like he could be himself, while urging her to stay on and pledging to wait for her in the outside world.

It hasn’t even been a day, and he’s already riling the other boys beyond belief, including Jacques and also Luca.

It just so happened that it was Gemma who was sitting with Adam when the boys returned from their spa day, and Luca soon found out that Adam thought he was being overly protective of Gemma.

While he insisted he could cope with what Adam said, it’s clearly irked him to find out Adam’s point of view, who wasted no time in getting to know as many of the girls as possible.

With Adam revealing his favourite chats so far were with Paige and Danica Taylor, who will he go for?

Tasha and Andrew reunite – but are there second thoughts?

After days of deliberating over whether she should get back with Tasha, tonight, she appeared to make her mind up.

Having found out exactly what went down between Andrew and Coco Lodge while she was away in Casa Amor, Tasha decided that while she was hurt by Andrew’s actions, she still gravitated towards him.

The pair kissed as they reconciled on the terrace – but later, Tasha confided her true feelings with Billy, crying as she told him in bed how she was scared of being hurt by Andrew again or missing out on what she and Billy could have together.

Could there be another bump on the road for this OG couple?

Kiss goodbye to your social life – Love Island is back to dominate your evenings, with the new series promising more drama than ever before.

For all the latest updates, visit Metro.co.uk‘s Love Island page.