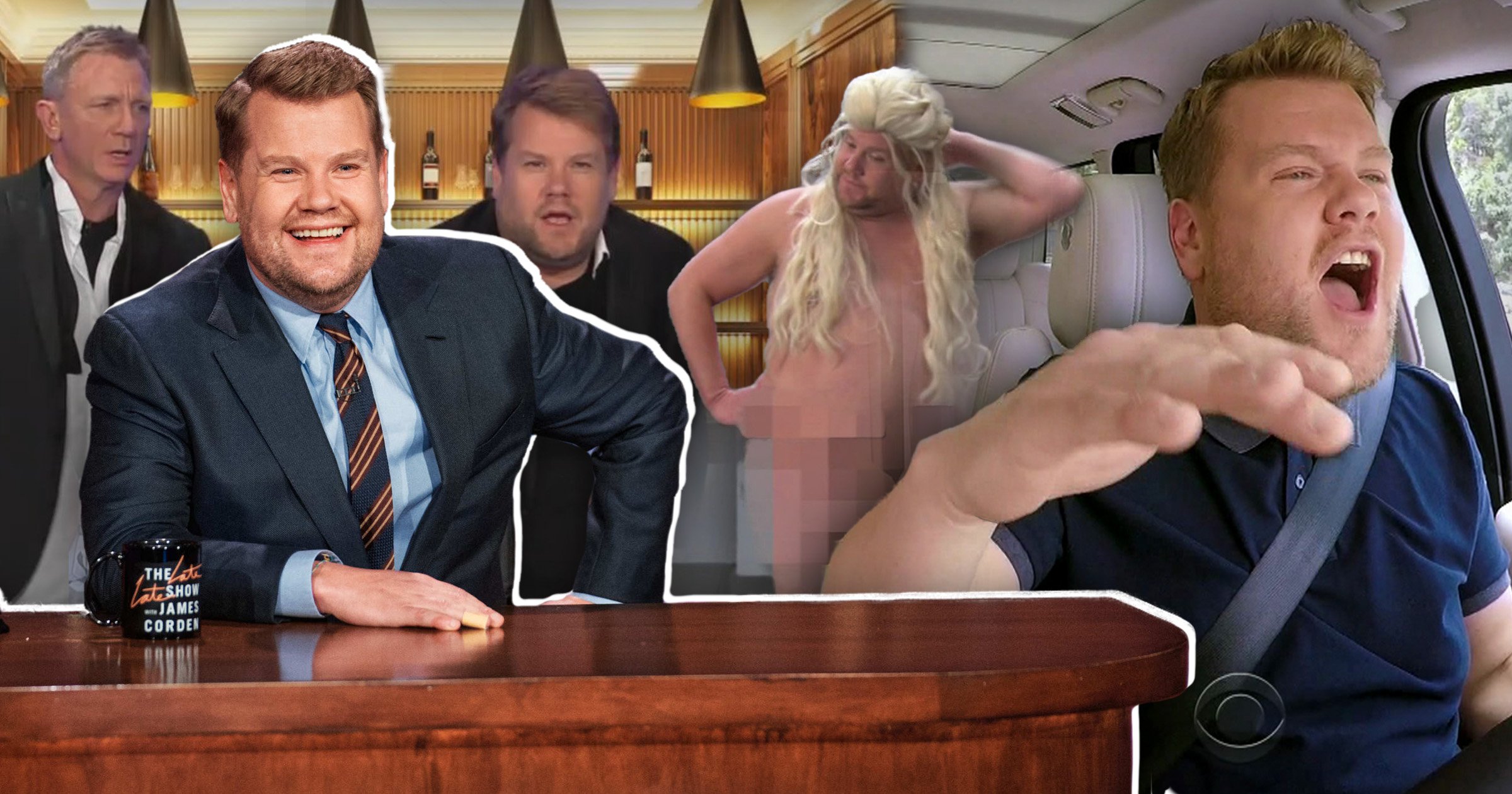 Love him or loathe him, it can’t be denied that James Corden has provided us with top-tier entertainment during his time on The Late Late Show.

Fans have witnessed the Gavin and Stacey actor welcoming Hollywood’s elite on his beloved show in the last seven years, from the likes of Jennifer Lopez, Justin Bieber, Tom Cruise, Michelle Obama, and many more.

Addressing the sad news in his latest show he said: ‘We are all determined to make this the best year we have ever had making this show. We are going to go out with a bang.

‘There is going to be Carpools, and Crosswalks, and sketches and other surprises… And there will be tears. There will be so many tears. Cause this has been the hardest decision I’ve ever had to make, it really has.

‘I’ve never taken this job for granted. Ever. Not once. And … the fact that you watch us at home. Or you watch us online. Wherever you are, all over the world.

‘The fact that we get to try and entertain you and spend time with you is an absolute privilege for me and every single person who makes this show.’

Judging by the viral videos this show has blessed us with, we believe everyone will be in for a treat.

But until then… let’s refresh ourselves on the best bits from the Late Late Show.

Carpool Karaoke featuring the one and only Adele

Of course, we had to kickstart the round-up with this iconic duo.

In a special episode of Carpool Karaoke, James and Adele drove around London and belted out the star’s biggest hits, which included Rolling In The Deep and Hello.

And if it wasn’t for this particular segment, the world would have been deprived of Adele’s rapping skills.

In epic scenes – which has surpassed 250,000,000 views on YouTube – the Someone Like You star effortlessly performed Nicki Minaj’s lyrically challenged Monster verse.

Carpool Karaoke has seen an impressive batch of talent such as Billie Eilish, Selena Gomez, Jonas Brothers, One Direction, and even Julia Roberts – but Adele’s episode remains the most-watched to this day.

But will anyone be able to top it?

We’ll have to wait and see!

Tattoo Roulette with One Direction

In a dramatic Deal Or No Deal style game, Harry Styles, Liam Payne, Niall Horan, Louis Tomlinson and James each had a box that contained their fate with either the word ‘SAFE’ or ‘TATTOO’.

If their box revealed the word ‘tattoo’ one of them would have ‘Late Late’ inked on them.

Niall Horan and James (who were the only ones without tattoos) were visibly shaking at the thought.

But it was Harry Styles who ended up getting the show’s title inked on his arm.

If the network can use James’ departure as an opportunity to have all four members back in the same room to recreate this iconic moment…. we would be eternally grateful.

David Schwimmer on Drop The Mic!

Past entrants on James Corden’s rap battle feature have included the likes of Usian Bolt and Cara Delevingne and it has remained a popular addition.

But it was Friends actor David Schwimmer that left all of us speechless.

In a tense battle of spitting rhymes, James took the first swing and said: ‘Millennials let me introduce you to this guy, his name is David he was famous back in ’95.

Talk about a low blow!

However, David was the one who had the last laugh and hit James where it hurts- his middle name.

‘Did you think I’d be scared, walk around gingerly when everyone knows your middle name is Kimberley?’

The recurring segment sparked into a music competition series, which was hosted by model Hailey Bieber and rapper Method Man.

Last year, James and the Duke of Sussex toured Los Angeles on a double-decker and spoke about everything from The Crown to his son Archie’s first words.

During the ride, James served him afternoon tea while pointing out celebrity homes, but the cart inevitably came crashing down after the bus came to a halt.

In one of the most entertaining parts of James’ interview with Prince Harry, they visited the famous mansion featured in the 1990s sitcom The Fresh Prince Of Bel-Air, with the duke rapping the theme tune originally performed by Will Smith.

Harry’s wife Meghan Markle even made a cheeky cameo via FaceTime.

Spill Your Guts or Fill Your Guts sees celebrities play a game of roulette with the show’s host, with stars either eating a dish or answering a personal question.

A classier version of I’m A Celebrity…Get Me Out of Here! we think.

It features delicacies such as chicken feet and fish eyeballs and celebrities like Kim Kardashian, Kendall Jenner, Gordon Ramsay, Will Ferrell and many more stars have endured this gruesome challenge, and we can’t wait to see who’ll be in the hot seat next.

In June 2021, organisers demanded for the segment to be scrapped from the show as many of the food items originate from different Asian cultures and are often described on the show as ‘disgusting’ or ‘gross’.

The petition read: ‘In the wake of the constant Asian hate crimes that have continuously been occurring, not only is this segment incredibly culturally offensive and insensitive, but it also encourages anti-Asian racism.’