James, 48, spoke on Friday’s edition of Loose Women as a guest to discuss his new UK tour which will be taking place next year. However, to kick off the interview, the panel decided to ask the culinary genius about his other lines of work and in particular, his role on This Morning. After they branded him “grumpy” and “miserable”, the chef explained the reasons why he could come across that way and it’s all to do with his ITV colleagues.

It was panellist Nadia Sawalha, 56, who began the conversation on the matter as she said: “You’re not showbiz at all.

“To be honest, sometimes on This Morning, you’re so grumpy but I love you for that because you don’t care. You’re just miserable,” she claimed as her co-stars watched on with open mouths.

James didn’t refute the comments as he replied: “WelI have to get up at four o’clock in the morning. It’s not the easiest time for restaurants at the moment.”

Explaining in a little more depth why he doesn’t always seem upbeat, the chef added: “Some of the questions they ask you are a bit random.

“They go off-piste a little bit,” he continued as he smirked whilst blasting his colleagues on the programme. 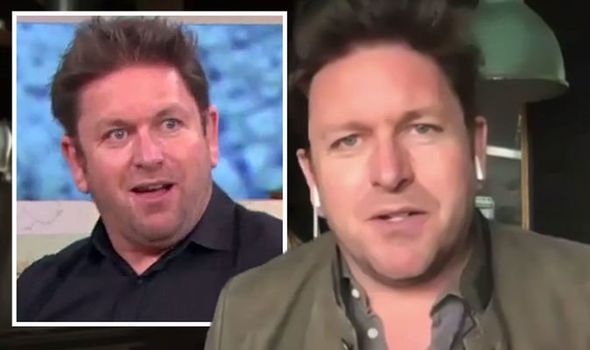 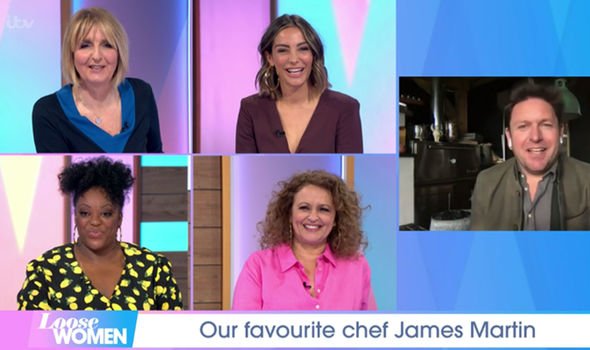 Not only has James been a guest chef on This Morning, but he has also been the show’s main host for a couple of weeks when the regular presenters were enjoying a summer holiday.

Back in 2016, he oversaw proceedings on the programme alongside Countryfile star and quiz show presenter, Anita Rani, 43.

It seems the culinary genius would not be keen to take on the role again as he has spoken out on his future on the Daytime programme. 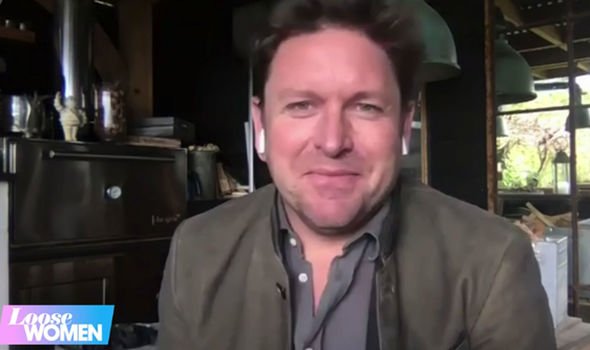 They go off piste a little bit

He explained: “Three years ago I got asked to present This Morning for the four-week break and, my God, I wouldn’t do that again.

“Martin Frizell, who’s the boss of This Morning, phoned me up the year after and said, ‘We want you back,’ and I said, ‘Not a b****y chance.’ That’s the toughest job in TV,” he continued.

“No rehearsal, I didn’t know what was going on and the first subject was about a six-foot woman goth with a crow and a Great Dane.

“The following conversation was about some women’s issues. I thought, ‘What am I doing here?!’” the chef told Platinum Magazine. 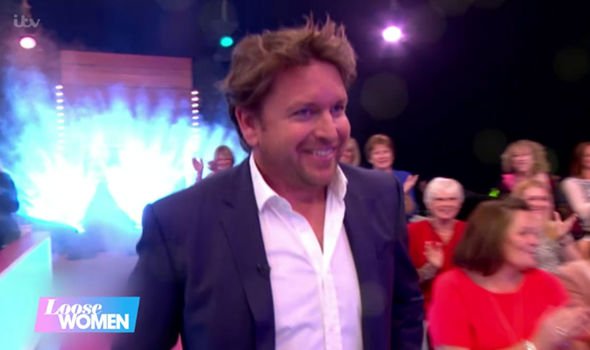 Therefore, it seems the culinary genius will continue to give cooking demonstrations and guest interviews for the foreseeable.

At the very start of the interview with Loose Women, the chat took an interesting turn as the chef was asked a question about crisp sandwiches and he was asked to offer his expertise.

The panel grilled the culinary genius about whether he would put butter on a crisp sandwich, despite James using the ingredient in almost all his dishes.

He explained he would use butter but would also include mashed banana in the lunchtime snack as well as the other ingredients.

Taking to the social media platform Twitter, those watching at home were baffled that the panel had decided to ask such a question.

One viewer wrote: “Does James use butter? Is the Pope catholic Nadia? #LooseWomen.”

A second posted: “Did they genuinely just ask James Martin if he uses butter?! #LooseWomen.”

“James Martin, thank you! I love banana and crisps on a sandwich and haven’t heard of anyone else liking it #jamesmartin #loosewomen #itv #entertainment #crisps,” a third commented.