James Martin’s Saturday Morning welcomed Johnny Vegas on to the ITV show this weekend. Host James Martin got the giggles when chatting to Johnny on the show. However, things descended into chaos when Johnny’s phone went off live on-air.

The comedian was appearing on the show to promote his new series of Murder, They Hope which he stars in alongside Sian Gibson.

Johnny chatted away on the show about his upcoming projects and caused TV chef James to laugh out loud at his antics.

James was trying to do a cooking demonstration, but Johnny kept distracting him with his comical stories. 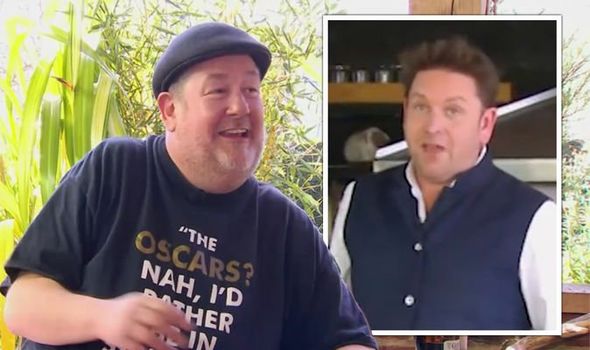 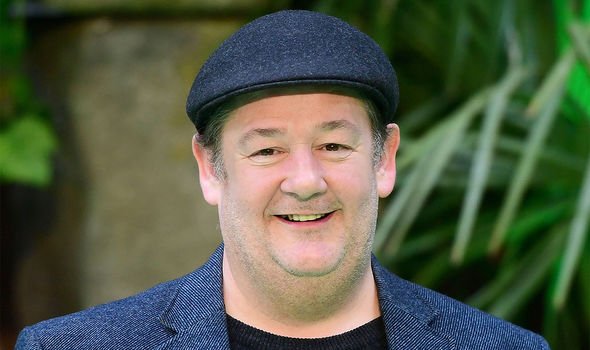 Unable to hold back his laughter, James told Johnny: “You are the funniest bloke I have ever met.”

“We speak to each other occasionally on the phone, but mate I can’t. I have to hang up occasionally it’s just… anyway,” he confessed.

Johnny replied: “The thing is, my life inadvertently turns out – you know like something somebody would write for a comedy show. 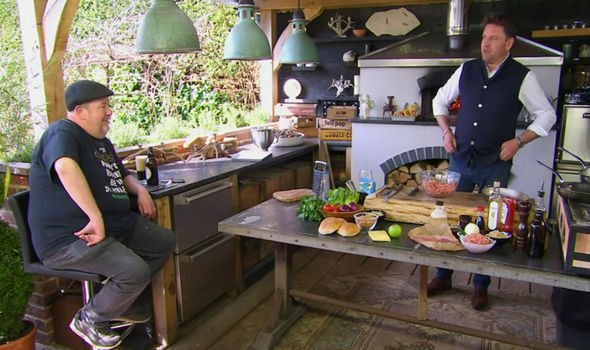 As James attempted to get the show back on track and continue with his cooking, Johnny’s phone suddenly went off.

Johnny reached into his pocket and pulled out his mobile, causing James to burst out laughing once again.

“Right well while he figures out…” James began, before being interrupted by Johnny.

Johnny continued: “Thank you for your donation to Water Aid that’s alright. I’ll just check the next one.”

The comedian then pulled a face and when James asked him what was wrong, Johnny replied: “Two tires on my R32 it’s gonna cost 320 quid.”

Despite causing chaos on the show, Johnny seemed to be a hit with viewers, as many took to Twitter to share their thoughts on his behaviour.

One viewer wrote: “@sat_jamesmartin had the best laugh this morning, you and Johnny Vegas, hilarious.”

Another agreed, saying: “Johnny Vegas on James Martin Saturday kitchen, how funny is he !!”

“@sat_jamesmartin made my morning to switch on to see Johnny Vegas joining James Martin,” a third fan said.

Another fan Tweeted: “#jamesmartin #johnnyvegas I’m loving this bromance blossoming on #jamesmartinsaturdaymorning Johnny Vegas you are one funny man . Brilliant viewing On a dull Saturday morning.”(sic)

James Martin’s Saturday Morning continues on Saturday on ITV at 9.30am.