Ever since the series finale of Friends aired 15years ago, super fans have been wondering the same thing: could one of the mostbelovedcomedies in television history ever come back?

It seems like reboots are all the rage these days. Maybe it’sa sense of nostalgia; maybe television producers are running out of ideas.Either way, resurrecting a show can mean huge boosts for viewership to the network,which translates into big bucks.

Rumors of a Friends reunion, reboot, or even a movie have been cropping up for years. But now Jennifer Aniston, who played Rachel Green on the show, finally admitted that she would be interested in the project if anyone ever approached her.

It’s not a guarantee that the Friends reboot will happen, but it at least gives a little spark of hope to everyone who’s been waiting so patiently. 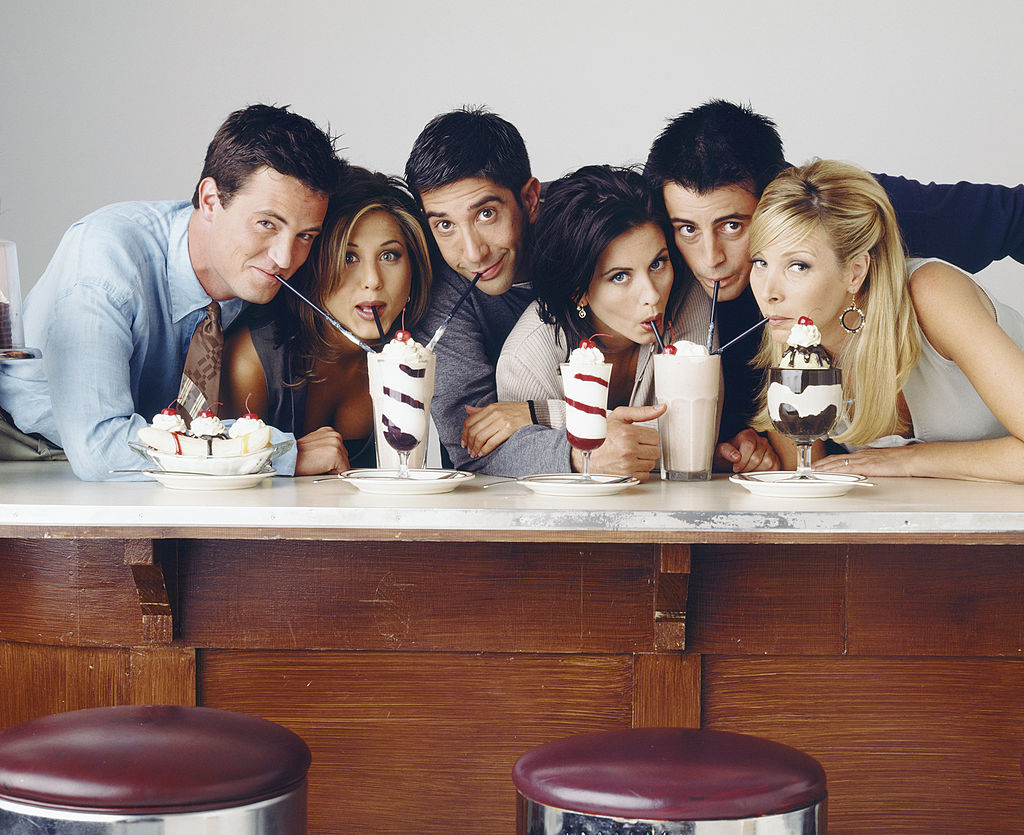 What did Jennifer Aniston say about a ‘Friends’ reboot?

It was during a recent appearance on The Ellen DeGeneresShow when Aniston made the comments that made Friends fans so hopefulthat the project could potentially happen.

When asked about the feasibility of a reunion, Aniston said:“Listen, I told you this. I would do it…Thegirls would do it, and the boys would do it, I’m sure,” the Rachel Greencharacter said. “Listen, anything can happen.”

Ellen suggested thatJennifer Aniston could sign on for the reboot by herself and offeredto serve as the next-door-neighbor. “It will be called Friend,”Ellen joked.

It’s been 5478 days since the last episode of Friends aired. But who’s counting?

Aniston has hinted she’d be opento a ‘Friends’ reboot before

This isn’t the first time Aniston has hinted that a Friends reprise could happen. She appeared on the Late Late Show in December 2018 and blamed the male cast members (Matt LeBlanc, David Schwimmer, and Matthew Perry) for not buying into the concept.

During the interview, shesaid: “Listen, the girls always say we would love to do it again, and theboys are a little less excited about it for some reason. I don’t know.”

“And so, we’ve decided thatwe’ll just do…a remake of TheGolden Girls in, like, 40 years.”

Ross is NOT happy about Rachel’s dream.

Some former cast members areskeptical of the idea

Lisa Kudrow (Phoebe Buffay) wasn’t so enthusiastic about the reboot. “I don’t see it happening,” Lisa Kudrow said in 2017.

“It would be fun, butwhat would it be about? Think about it. The thing we liked best about the showwas that they were 20-somethings and they were their own family. Now, they allhave families, so what are we going to watch?”

Aniston admitted that was aproblem in the past, too. She expressed concern over where the storyline wouldgo and questioned if the premise would even make sense in modern times.

“Honestly, I don’t knowwhat we would do. I think that period of time was sort of nostalgic,”Aniston said in 2016.

“I think why people havesuch an affection for it is because even though it was only 12 years ago itended, or 13—God, it’s getting farther and farther away—there was somethingabout a time where our faces weren’t stuffed into cell phones. We weren’tchecking Facebooks and Instagrams. We were in a room together, in a coffee shoptogether. We were talking, having conversations. We have lost that.”

She’s not wrong about that.Still, we’re all holding out hope that a Friends reboot could happen someday!

06/26/2019 TV & Movies Comments Off on Jennifer Aniston Just Admitted She's 'Open' to a 'Friends' Reboot, But Will It Really Happen?
Recent Posts