Who Wants to Be a Millionaire: Jeremy mocks his co-workers

Who Wants to Be a Millionaire returned to ITV on Sunday evening with Jeremy Clarkson on hand to provide the questions. However, with the show implementing a “Ask the Host” lifeline, the Grand Tour host is every now and then called upon to provide a helping hand. And in doing so with contestant Norma Perd, he revealed the annoying habit James May and Richard Hammond do that inspired his answer.

After sailing past her £1,000 safety net, the stage was set for Norma to make her way to the elusive £1million jackpot.

However, just a few questions after securing the £1,000, Norma began to stumble on a number of tricky questions.

Especially when she called upon Jeremy to help out with a question regarding the NATO phonetic alphabet.

The Who Wants to Be a Millionaire host asked: “In the NATO phonetic alphabet, what is the only letter that is represented by the name of a country?” 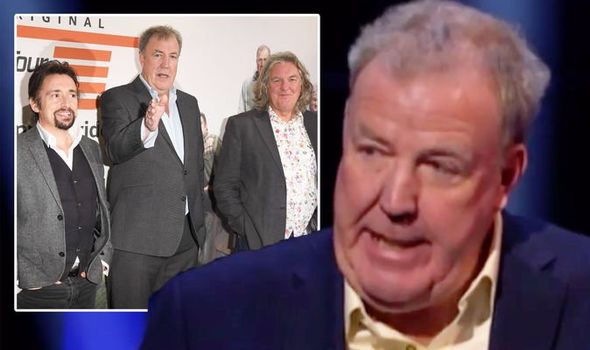 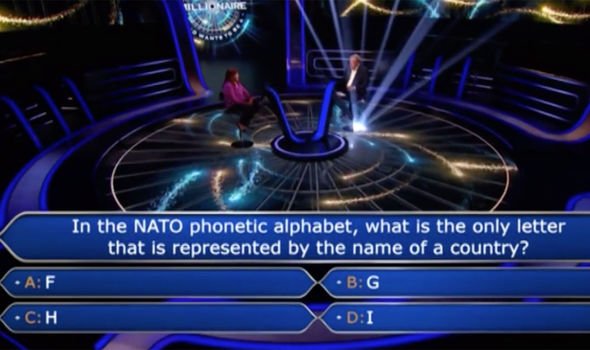 Norma struggled to definitely land on her answer so needed the Grand Tour host to step in.

Jeremy knew right away the answer was D) I, and explained Richard and James were part of his reason why.

“It’s like foxtrot, golf, hotel…” Jeremy explained before delving into the story.

“I work with James May and Richard Hammond who have pilot’s licenses and that’s – they talk (like that) all the time. 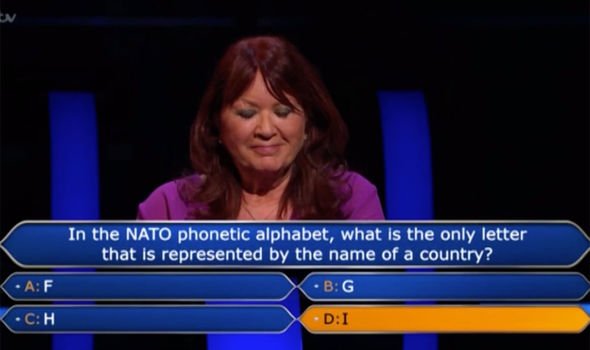 “When I say a letter, they don’t say B, they say Bravo.

“It makes me wanna wring their neck,” Jeremy joked after revealing the irritating habit.

The outburst drew a laugh from the remaining contestants in the ITV studio.

And viewers at home were also pleased to hear Jeremy swipe at his co-stars, with one saying on Twitter: “Love it when Jeremy talks about Richard Hammond and James May [laugh emoji] #WhoWantsToBeAMillionaire.”

With Jeremy’s help, Norma sailed through to the next round but her time on the show came to a rather disappointing end.

Norma made it to the £16,000 mark but stumbled on a question about musicals.

Jeremy asked: “Which of these musical was written by the creators of the TV show South Park?”

After a 50/50, Norma was left with either Avenue Q or The Book of Mormon as possible answers.

And Norma had foolishly talked herself into thinking Avenue Q was the correct answer.

So much so, she didn’t use her remaining Phone a Friend lifeline.

Jeremy commented it was good for the remaining contestants but not her as Norma was sent home with £1,000.

Who Wants to Be a Millionaire continues on Sunday on ITV.