Jersey Shore: Family Vacation fans can tune in to new episodes of the MTV series beginning June 23. At this point, fans have very little to go on since MTV hasn’t released a full teaser for the second half of Jersey Shore: Family Vacation Season 5. However, there’s enough for us to theorize about regarding what’s to come. Here’s what we can see unfolding in new episodes of JSFV, plus details about the Buckhead Shore spinoff and another Jersey Shore spinoff the cast isn’t too happy about.

In the brief teaser clips for the new season, we see the cast toasting in a California locale. As we’ve previously reported, the cast of Jersey Shore: Family Vacation traveled to San Diego for a full-on family vacation. The cast’s trip to El Paso, Texas, will also appear in new episodes.

The teaser also shows Mike “The Situation” Sorrentino fist-pumping. Could this be another celebration in honor of “Big Daddy Sitch?” If it is, our hearts go out to Vinny Guadagnino.

Finally, there’s a clip of Nicole “Snooki” Polizzi and Deena Cortese screaming. This celebration could be regarding Nicole’s latest Messy Mawma wine release, something to do with Jenni “JWoww” Farley’s wedding plans, or even an update about Ronnie Ortiz-Magro. Fans will have to tune in to find out what they’re screaming about.

As MTV wrote, “… where this group goes, drama follows.” Angelina Pivarnick and Chris Larangeira’s divorce no longer seemed like an option in the first half of Jersey Shore: Family Vacation Season 5. However, things have changed since fans saw this crew last.

“Angelina’s marriage inches past the point of no return,” MTV writes. “It’s time to settle some old scores that will have the whole family at odds.”

MTV will also debut Buckhead Shore on June 23. “Now it’s time to bring the next shore thing to Buckhead, Georgia,” the teaser says. 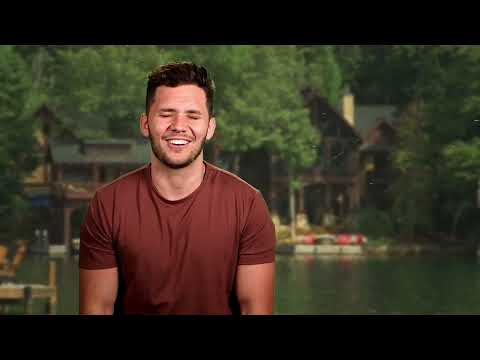 Instead of the Jersey Shore, this group will be at a lake for their annual summer getaway. MTV says to expect “wild fun, high drama hookups, and maybe even a few broken hearts.”

After Deadline reported on Jersey Shore 2.0 and Buckhead Shore on May 18, the cast of Jersey Shore spoke out against the spinoffs. Pauly DelVecchio, Angelina, Jenni, Mike, Deena, Nicole, and Vinny Guadagnino all shared the same message to their social media:

“As a cast that took a chance with a network in need, we put our most vulnerable moments on television for the world to see. We gave our all over the past 13 years, became a family, and continue to open our lives for the world. So please understand that we are not in support of a version that will exploit our original show, our hard work, and authenticity to gain viewers.”

MTV nor SallyAnn Salsano, head of 495 Productions, returned our request for comment regarding this matter.