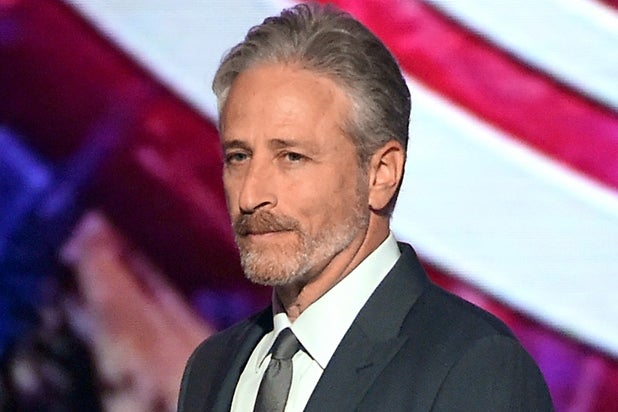 The former “Daily Show” host ended his 14-year Twitter absence on Thursday to rail against the news that Robinhood and TD Ameritrade were restricting its customers from buying shares of heavily shorted companies like GameStop and AMC.

“This is bulls–t,” Stewart wrote in his first-ever tweet. “The Redditors aren’t cheating, they’re joining a party Wall Street insiders have been enjoying for years. Don’t shut them down…maybe sue them for copyright infringement instead!! We’ve learned nothing from 2008.”

Jon Stewart came back a few hours later to thank people for the “warm welcome” to Twitter. He added, “I promise to only use this app in a sporadic and ineffective manner.”

His good friend Stephen Colbert noticed Stewart joined Twitter, writing back, “Well, one thing changed since 2008- a friend of mine joined Twitter.”

The move by Robinhood to restrict trading was met with harsh backlash from its user and even led to a lawsuit.

Robinhood’s decision came after GME shares had rocketed from $40 per share to $340 per share in less than a week. GameStop’s run was fueled by Wall Street Bets, a popular Reddit forum, which threw its collective support behind the company in an effort to drive a short squeeze. Other “Reddit stocks,” including AMC, Nokia and BlackBerry, were also blocked by Robinhood on Thursday, leading many users to cry foul on social media.