Julia Louis-Dreyfus announced a Veep virtual cast reunion today as a fundraiser for the Democratic party of Wisconsin and the Biden-Harris presidential campaign.

“All roads to the White House go through the great state of Wisconsin,” the former Seinfeld actress says in a video tweet (see it below), adding, “The future of democracy is on the line, people!” 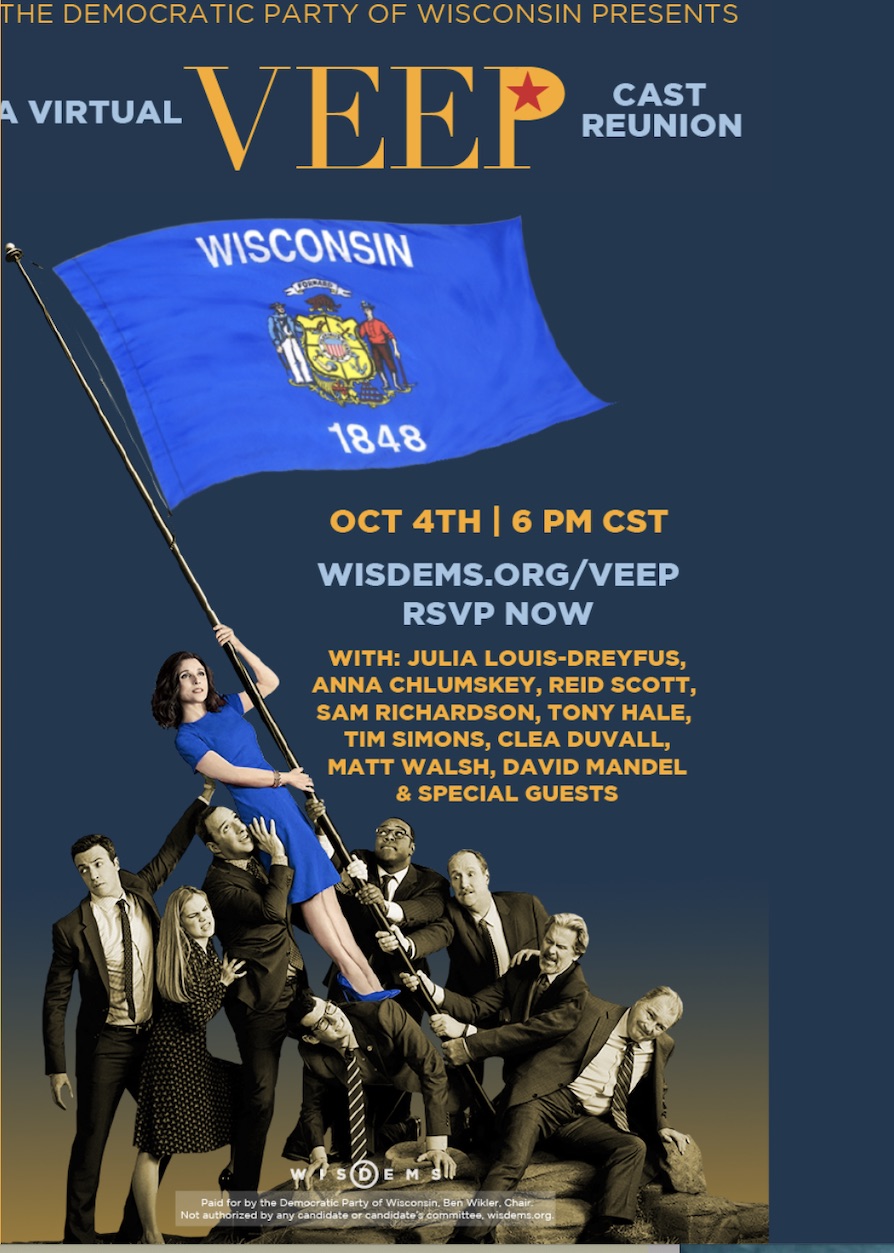 The event will be livestreamed only once, at 6 pm CT on Sunday, Oct. 4. Donations of any amount are being accepted, with all contributions benefitting the Democratic Party of Wisconsin.