ACTRESS Kate Beckinsale showcased her incredible gym-honed figure as she stepped out in her activewear in Los Angeles yesterday.

The 45-year-old Underworld star donned a white Spiritual Gangster sports bra, which drew attention to her toned abs, while she ran errands around LA suburb Brentwood. 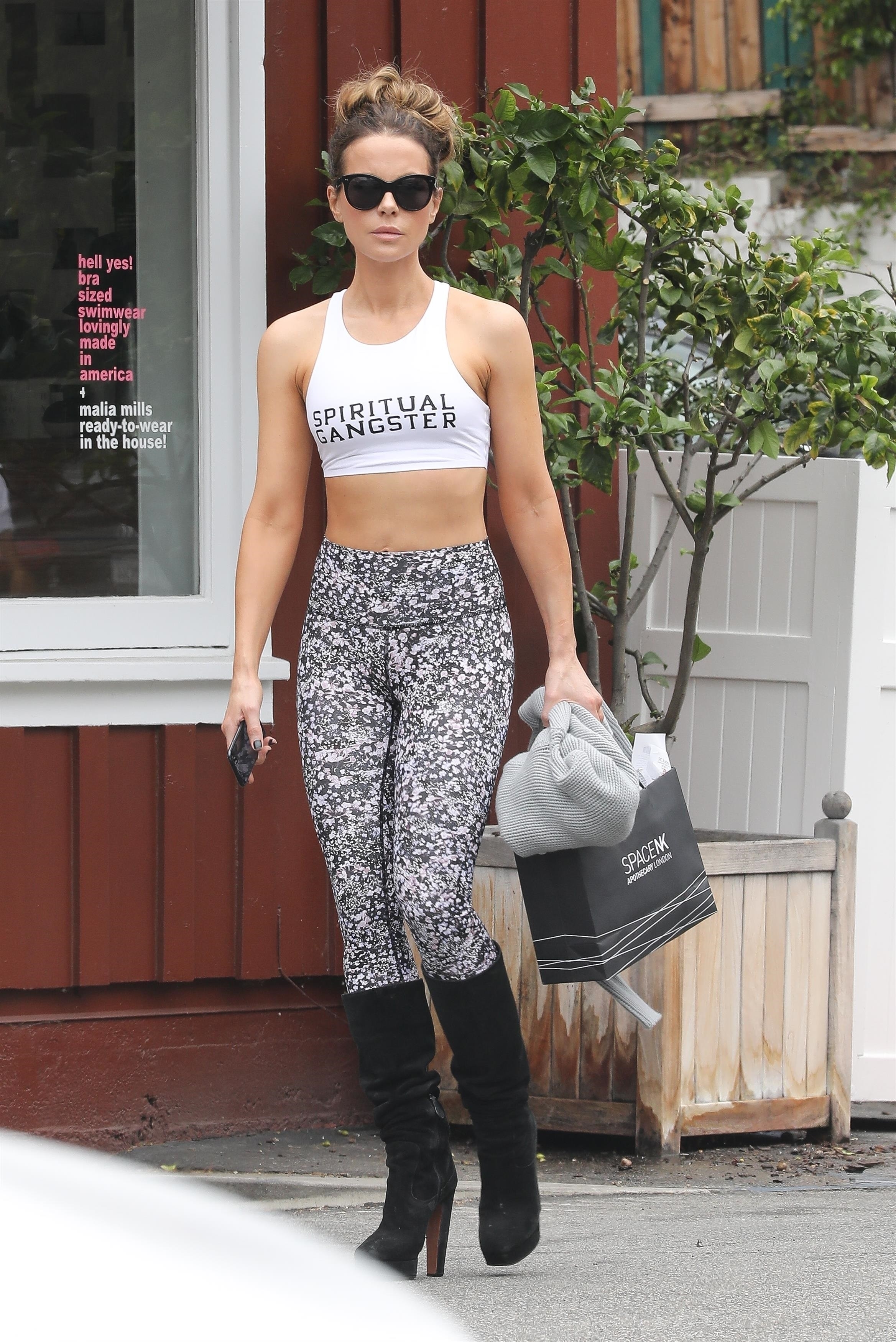 The British star matched her white crop top with a pair of black and white animal print yoga pants, and rounded off the look with knee-high black leather boots.

Kate worked her brunette locks into a messy top knot and donned a pair of oversized shades while she carried a Space NK carrier bag in her hand.

Her appearance comes after Kate set pulses racing in latex as she partied at LA Pride last weekend.

The film star is an avid supporter of LGBTQ+ rights and shared a poignant post about the meaning of Pride before attending the event. 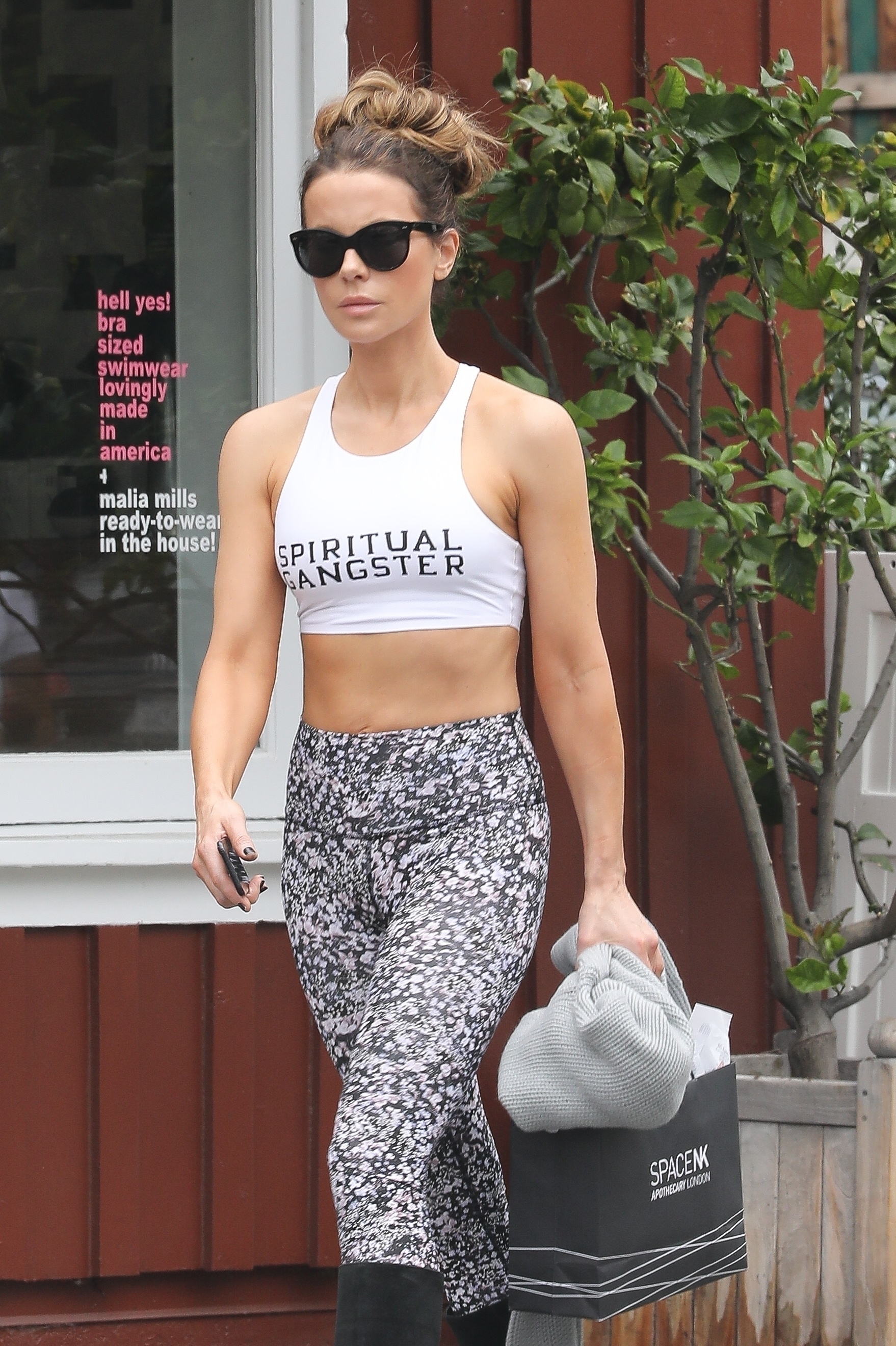 Sharing pictures of people who had been brutally beaten for simply being who they are, she wrote: "To be savagely beaten, tortured or even killed JUST FOR having a boyfriend, girlfriend , husband,wife or partner is something a big part of the population does not have to worry about .

"The rest have and do . #pride is very important  I am thrilled to support everyone loving who they love. And if this sort of dehumanizing treatment were happening to straight people I’d be supporting that too. But it won’t . Humans for humans ???? @dj_fattony_ #lapride #[email protected]"

Kate's own love life hit the headlines last month after her romance with toyboy Pete Davidson came to an end after just a few months of dating.

According to a source close to the former couple decided to “slow things down” and are “still friendly but not on romantic terms". 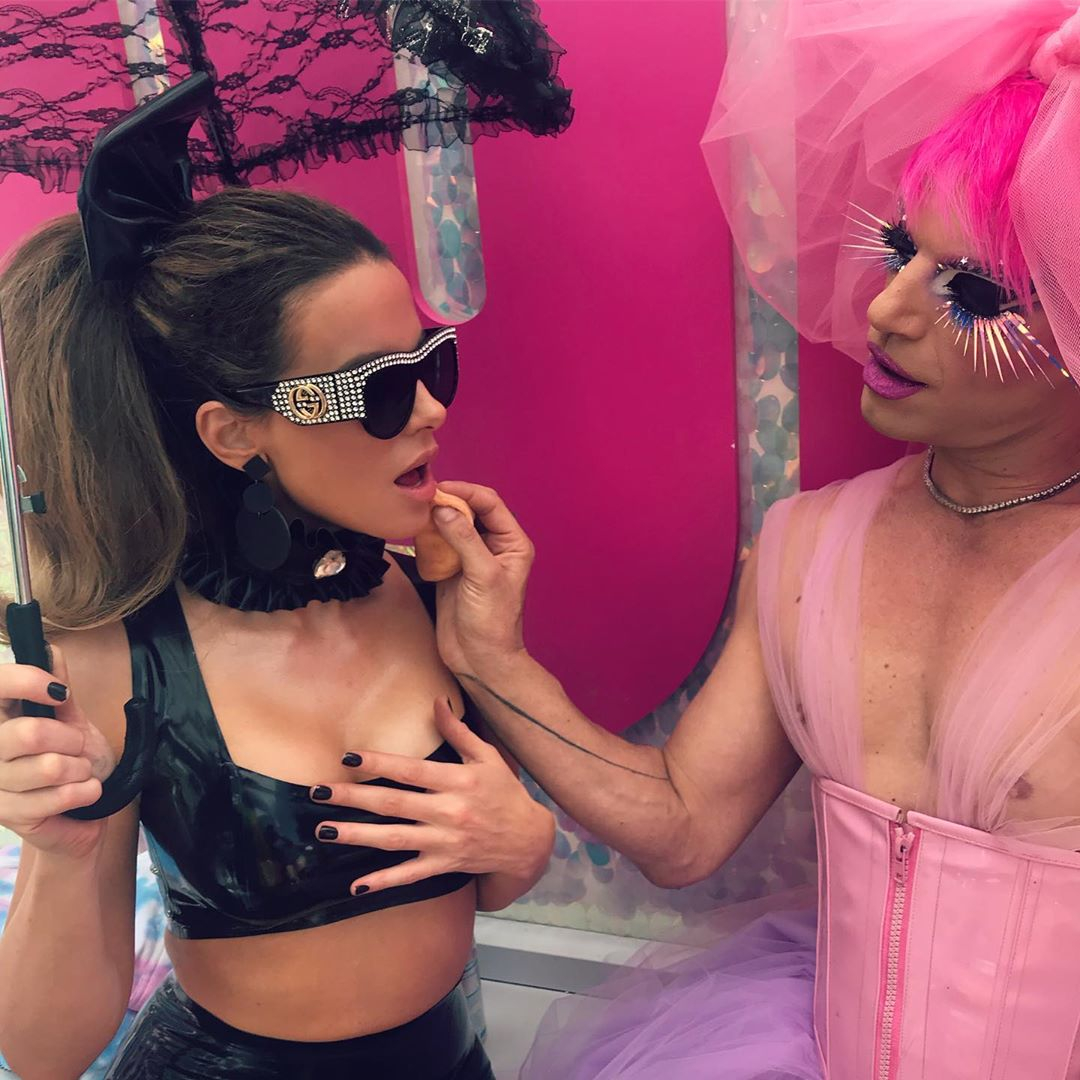 Ariana Grande’s ex-fiance Peter, 25, was first spotted locking lips with Kate at a Golden Globes party in January, sparking rumours they were seeing each other.

After that first sighting the duo put on several very amorous displays of affection in public, including that well documented snog-fest at a hockey game.

However the pair are no longer together, with a source telling Entertainment Tonight and People magazine that it was over.

The insider said: “They’re still friendly but are not on romantic terms."

Another source close to the couple backed up the speculation: “Pete and Kate got super serious very fast but they’ve decided to slow things down a bit.