Line of Duty viewers are desperate to discover the identity of ‘H’ but will have to wait a little longer than anticipated as coronavirus brought filming to a halt. However, superintendent Ted Hastings star Adrian Dunbar has dropped a huge clue on series six’s twist and turns to keep fans of the BBC show guessing while they wait for news on the show’s production.

Show creator Jed Mercurio is known for keeping Line of Duty fans on the edge of their seats with unexpected discoveries and deaths of fan favourite characters.

Series five ended with Ted finally having his name cleared after being framed for being involved with the mysterious ‘H’.

In Anti-Corruption Unit’s (AC-12) official records, the superintendent has been cleared of suspicion but a final twist shocked fans of the show.

DI Kate Flemming (Vicky McClure) and DS Steve Arnott (Martin Compston) believed Ted to be innocent and tracked down evidence to prove it. 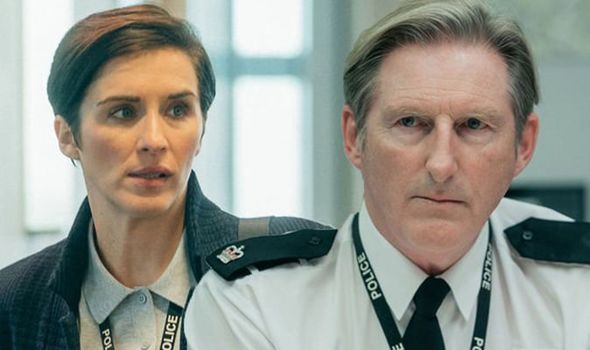 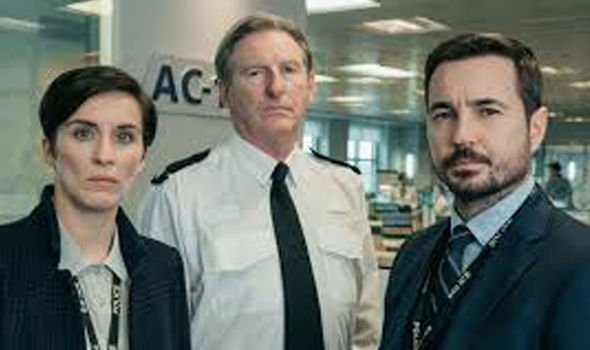 The AC-12 boss was back where he belonged but viewers caught a glimpse of a dark side of Ted in the final moments of the series.

The police boss has a final written warning to his name and this might not be the end of the matter. 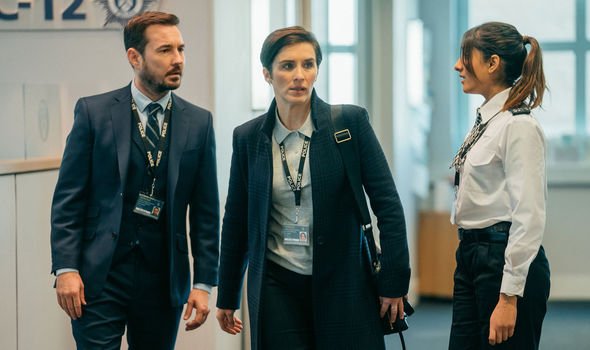 While fans await news of series six, Adrian spoke out on what viewers can expect from Ted when the show returns.

The Line of Duty star was asked whether fans can expect to see Ted exposed as ‘H’ after all.

“No, I think that’s all been resolved,” he told The Telegraph. “But as ever you’ll have to have a word with Jed to know for sure.”

The actor teased his character could be more in the background for the new series.

“He’s absolutely there, but I don’t think we’re going to be focussing on him and his personal life as much,” he said.

“But I haven’t read the final episodes, so who knows? Ted could meet some really interesting woman, though I don’t see him doing it online.

“It would have to be in the pub or at work, how people used to meet in the old days.”

Appearing on The Andrew Marr show, he explained: “The problem was when [testing] was abandoned by the Government, we were looking at a situation where we couldn’t apply that.

“Nobody knows how this is going to unfold and we’ve just got to make sure everybody’s safe. I feel for a lot of the crew, it’s a difficult time when you’re out of work.”

“I want to get back as soon as we can, but that’s got to be when it’s safe and we’re not a show that is similar to the soaps,” he added.

Line Of Duty is available now on BBC iPlayer and Netflix.