Line of Duty season six premieres Sunday, March 21 at 9pm on BBC One after more than two years of waiting. At the end of season five, the identity of H remained unresolved and Ted Hasting’s (played by Adrian Dunbar) found himself under suspicion. Will Ted Hasting’s leave AC-12 for good? Express.co.uk has everything you need to know.

WARNING: This article contains spoilers about Line of Duty

The trailer for Line of Duty season six has landed and fans cannot believe their eyes.

The trailer was not only gripping and full of suspense, there were several explosive Easter Eggs in the trailer.

One of them related to Ted Hastings, the head of anti-corruption unit AC-12. 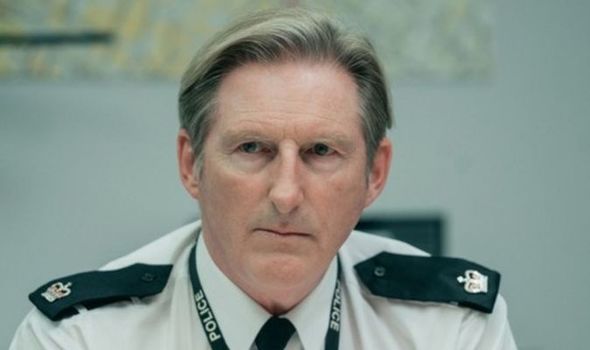 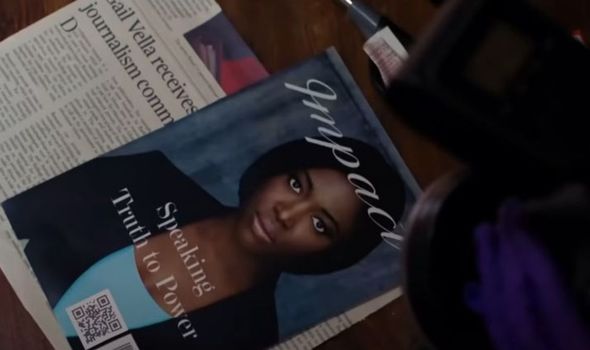 At the bottom of the magazine, there is a QR code which if you scan on your phone, takes you to a letter from Philip Osborne, Chief Constable (Owen Teale).

The letter addressed to DCC Andrea Wise (Elizabeth Rider) regarding the work of AC-12.

The letter reads: “I think it is high time we had a much closer look at AC-12. 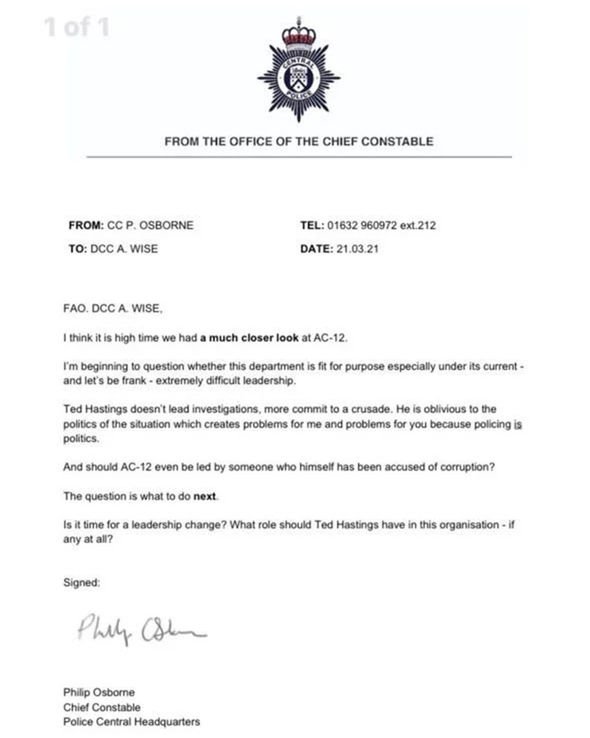 “I’m beginning to question whether this department is fit for purpose especially under its current – and let’s be frank – extremely difficult leadership.

“Ted Hastings doesn’t lead investigations, more commit to a crusade. He is oblivious to the politics of the situation which creates problems for me and problems for you because policing is politics.

“And should AC-12 even be led by someone who himself has been accused of corruption?

“The question is what to do next?

“Is it time for a leadership change? What role should Ted Hastings have in this organisation – if any at all?” 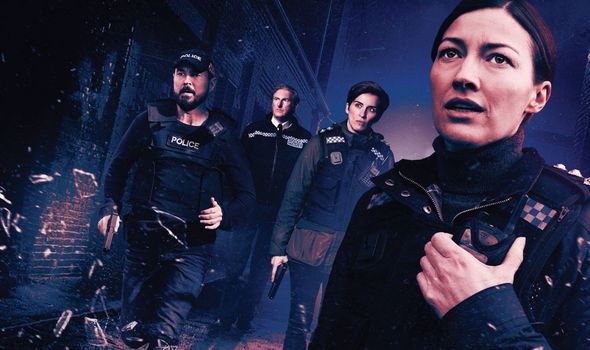 At the end of season five, Ted Hasting’s was still being considered as one of the main suspects in solving the identity of ‘H’.

Line of Duty fans will remember ‘H’ was a clue to solve the identity of the corrupt officer.

He also found himself under investigation after Gill Biggeloe (Polly Walker) attempted to frame Ted as one of the corrupt officers.

In the end, he as found guilty of discreditable conduct for unauthorised undercover operations and is given a final written warning.

For now, it seems like Hastings is still in the role but this could be called into questions depending on the events of season six.

Fans have been sharing their own theories online after the trailer for series six dropped.

One fan tweeted: “Back to the letter. Philip Osborne (who signed it) is the one that Steve Arnott stood up to in series one when they bashed down the wrong door (59 instead of 56). Are we going full circle?”

A second fan added: “Cannot wait! Nothing better happen to Ted though!”

A third fan commented: “Chief constable Osbourne. How did THAT happen? He shot up the ranks. Had my suspicions of him since S1.”

Line of Duty season six premieres Sunday, March 21 on BBC One at 9pm