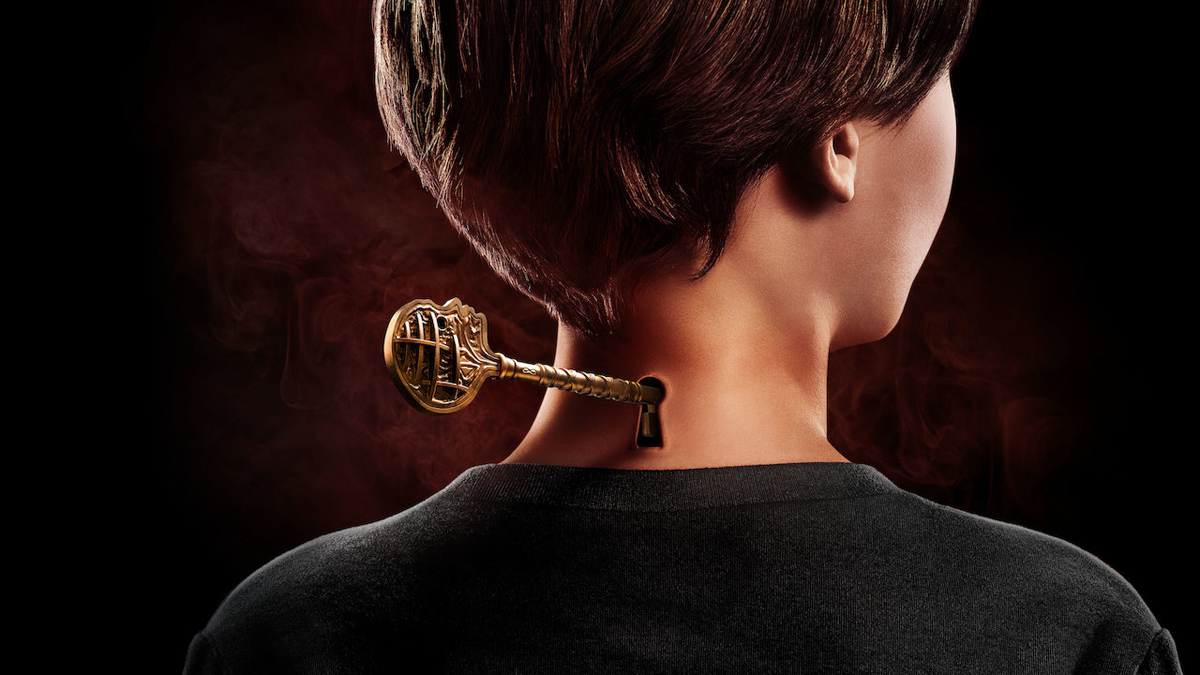 Locke & Key had a long road to get to a live-action adaptation, going from network television to streaming services, and finally ending up on Netflix.

The series is based on the comic book by Joe Hill (Stephen King’s son) and Gabriel Rodriguez about the Locke family as they settle into the family’s ancestral home after the murder of the father.

While in the home, the kids discover keys that open up magical doors, each with a unique special ability. However, a demon trapped under the house wants the keys for itself and will do anything to get out and gain control of them.

The first season ended with a shocking cliffhanger, but luckily, Netflix has plans to return the Locke family to the streaming service for more tales of horror and suspense.

Here is everything we know so far about Locke & Key Season 2.

This article provides everything that is known about Locke & Key Season 2 and all related news. As such, this article will be updated over time with news, rumors, and analysis. Meanwhile, let’s dig down into what is known so far.

Is there going to be a Season 2 of Locke & Key?

There will be a second season of Locke & Key on Netflix.

The news came in March 2020 when the renewal was confirmed by Netflix via its social media channels.

“We are thrilled to be continuing the journey of Locke and Key alongside all of our amazing collaborators,” said executive producers and co-showrunners Carlton Cuse and Meredith Averill.

“We are grateful to Netflix for all their support, especially at this difficult time, and look forward to bringing you the exciting next chapter of our story.”

As for Netflix, they seem excited about the second season as well.

“Based on the incredible graphic novel from Joe Hill and Gabriel Rodriguez, Locke and Key captivated audiences around the world at every twist and turn,” said Brian Wright, Vice President, Original Series at Netflix.

“We are so proud to have been part of this show and can’t wait to see all that Carlton Cuse, Meredith Averill, and the entire creative team have in store for season two.”

Release date latest: When does Locke & Key Season 2 come out?

There is currently no word on when Locke & Key Season 2 will arrive on Netflix, as most production was shut down due to the coronavirus pandemic.

However, since the series is shot in Toronto, things are looking up as Canada has gotten the pandemic under control better than the United States at this point.

Deadline reported that the show will move back into production later in September 2020. According to the reports, filming will resume on September 21 and they will film all the way through the end of March to complete the second season.

Don’t expect to see Locke & Key back on Netflix until likely late summer or fall of 2021.

The cast should remain the same for Locke & Key Season 2.

This means the three Locke children will all be back, with Connor Jessup as the oldest, Tyler, Emilia Jones as middle sister Kinsey, and Jackson Robert Scott as the youngest child, Bode.

Also returning is Darby Stanchfield as their mother Nina Locke.

The cliffhanger ending of Season 1 indicates that both Griffin Gluck as Gabe and Hallea Jones as Eden will be back in major roles in Season 2.

With the change in the demon Dodge, there is no telling if Laysla De Oliveira will return. Also questionable to return is Sherri Saum as Ellie, who was last seen sucked into another dimension.

Other minor cast members who could return for the second season include Aaron Ashmore as Uncle Duncan and Patrice Jones as Scot. Both characters played important roles in the comics, so they are likely to be back for more in the series.

Season 1 of Locke & Key played out like a fast forward version of the comics, but then it took a huge left turn and there is no telling where things go from here.

At the end of the season, the Locke kids opened the mysterious door and threw the being they thought was the demon Dodge through it. However, it turned out to be Ellie Whedon, an old friend of their dad, as Dodge used one of the keys to change her appearance.

In return, one of the demons from the other side blasted through and took over Eden, who is now partnering with Dodge. That was the second twist, as Gabe never existed and was always just Dodge in disguise to get close to Kinsey and the keys.

Since none of that happened in the comics, it allows the TV show to take on an interesting new direction, although there are still moments in the books that could play out in Season 2, and that doesn’t bode well for young Bode Locke.

Netflix has yet to announce when Locke & Key Season 2 will premiere.

09/11/2020 TV & Movies Comments Off on Locke & Key Season 2 release date and cast latest: When is it coming out on Netflix?
Recent Posts
We and our partners use cookies on this site to improve our service, perform analytics, personalize advertising, measure advertising performance, and remember website preferences.Ok