Love Island fans have turned on Michael Griffiths after his “toxic” and “disrespectful” attitude towards Amber Gill.

The Liverpudlian fire fighter pied the Geordie beauty therapist in favour of new arrival Jourdana Chimonides, and has since been locked in a love triangle.

On tonight’s episode, Jourdana pulled Michael to one side to ask if he still has feelings for his former flame.

He denied he still harboured anything for his ex fame, but Jourdana wasn’t convinced.

The London recruitment consultant called them both over to ask once and for all if Michael had closed off his relationship with Amber.

He replied: “I made that very clear. So many times.”

However, Amber had different ideas on their former conversation and thought something could materlise down the line. 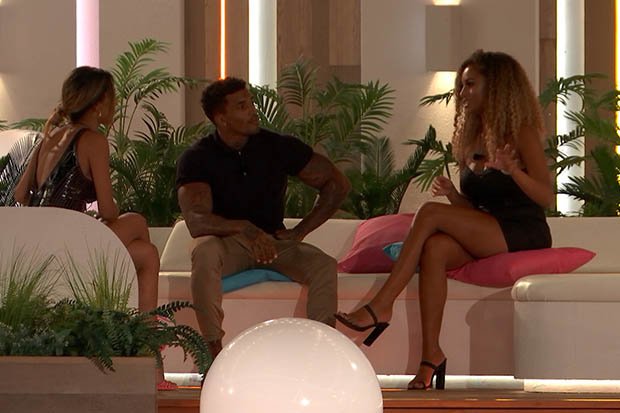 A second fumed: “The way Michael speaks to Amber when Joanna around is so toxic, it’s like he always tries to drag her down in front of Joanna.”

While a third wanted him out: “Did anyone hear ‘we are done’ from Michael. i don’t respect this making these girls look like fools. I want him gone.”