TBD on when Season 6, aka the final, final season, will debut 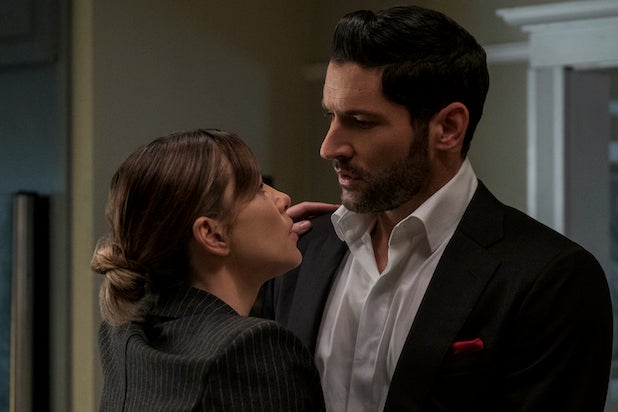 The “Lucifer” Season 5B premiere date has risen. Netflix revealed Monday that the second half of the fifth season of the Tom Ellis-led drama will launch May 28.

That upcoming installment of “Lucifer” is set as the show’s penultimate, following Netflix’s June 2020 renewal of “Lucifer” for a sixth and final season. The eight-episode Part 1 of Season 5 launched last August.

“Imagine running a marathon and then getting right to the end and then they go, ‘Oh, by the way, the finish line is a little bit further.’” That’s how Ellis, who plays Lucifer Morningstar, described to TheWrap last August Netflix’s decision to renew “Lucifer” for a sixth and final season, after previously picking it up for a fifth and final season, after rescuing it for a fourth season following its cancellation at Fox after its third season.

“We’ve been through this whole journey of cancellation, then #SaveLucifer, which was obviously incredible, and then when they renewed us, they said it was going to the be final season,” Ellis said at the time. “And it was only going to be 10 episodes, but then it was 16, and then they split it in half. So it’s this constant moving thing. But I have to appreciate that the reason it is a constant moving thing is the show has become so popular, so they just can’t kill it. It just won’t die (laughs). It’s been incredible.”

Joe Henderson, Ildy Modrovich, Jerry Bruckheimer, Jonathan Littman, Sheri Elwood and KristieAnne Reed are executive producers on the DC Entertainment series, which was developed by Tom Kapinos and is based on the characters created by Neil Gaiman, Sam Kieth and Mike Dringenberg for Vertigo.

“Lucifer” is produced for Netflix by Jerry Bruckheimer Television in association with Warner Bros. Television.