Pedro Almodóvar has wrapped production on his new feature, “Madres paralelas (Parallel Mothers),” which only started filming in March under strict COVID safety protocols. The film is notable for reuniting the Oscar winner with several of his longtime muses, including Penélope Cruz (their last movie together was 2019’s Cannes winner “Pain and Glory”) and Rossy de Palma (who got her acting start with three Almodóvar movies between 1987 and 1989 and last appeared in the director’s 2016 melodrama “Julieta”). Production company El Deseo celebrated the end of production by releasing first look photos from “Madres” and a behind-the-scenes video from the COVID safety set (see both below).

Joining Cruz and de Palma in the cast are “Veneno” actor Israel Elejalde and “Women on the Verge of a Nervous Breakdown” star Julieta Serrano, plus Aitana Sánchez-Gijón and Milena Smit. Per Variety, the story centers on three mother characters played by Cruz, Gijón and Smit. Additional plot details are remaining under wraps, but Almodóvar has been developing the screenplay for years and finally got to finish it during the pandemic.

“With ‘Madres paralelas’ I return to the female universe, to motherhood, to the family,” Almodóvar said in a casting announcement for the film in February. “I speak of the importance of ancestors and descendants. The inevitable presence of memory. There are many mothers in my filmography, the ones that are part of this story are very different.”

Almodóvar continued, “As a storyteller, imperfect mothers inspire me most at this time. Penélope Cruz, Aitana Sánchez Gijón, and the young Milena Smit will play the three mothers in the film, accompanied by Israel Elejalde as the main male character. It is also a collaboration with my beloved Julieta Serrano and Rossy de Palma. ‘Parallel Mothers’ will be an intense drama. Or so I hope.”

“Madres paralelas” is Almodóvar’s first feature directorial effort since “Pain and Glory,” which won Antonio Banderas the Best Actor prize at Cannes and earned Oscar nominations for Best Actor and Best International Feature Film. Almodóvar’s most recent release was the acclaimed short film “The Human Voice,” starring Tilda Swinton. Additional collaborations between Cruz and Almodóvar include “Broken Embraces” and “Volver,” the later of which made Cruz the first Spanish woman nominated for the Best Actress Oscar.

“Madres paralelas” is produced by Agustín Almodóvar and Esther García through El Deseo. Sony Pictures Classics is handling the film’s U.S. distribution, continuing a decades-long partnership with Almodóvar. The movie does not have a U.S. release date yet. 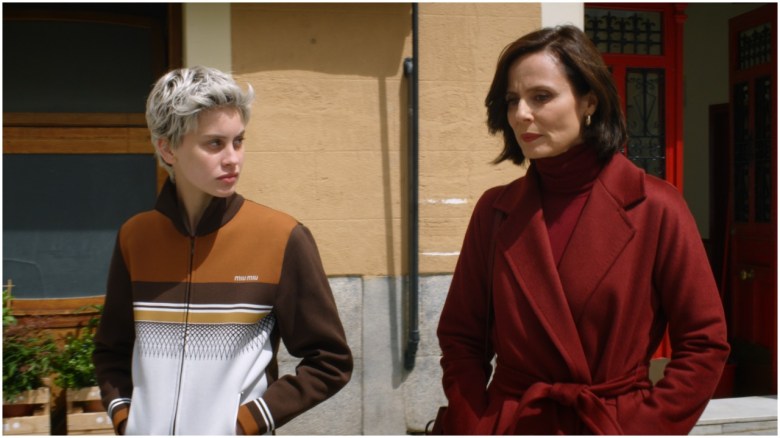