In interviews with the LA Times, 12 people levied allegations of sexual assault, harassment, racism and more 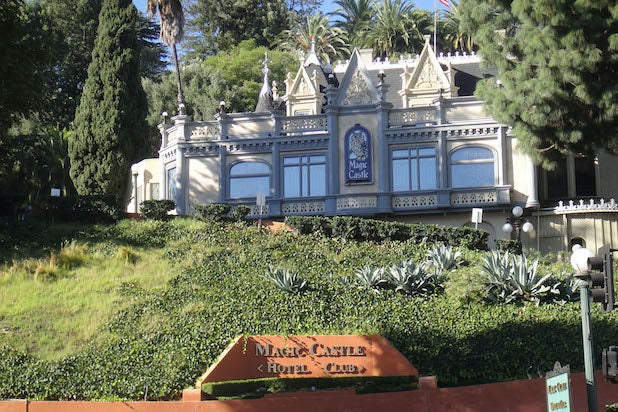 Magic Castle, the exclusive club for magicians in Los Angeles, is facing accusations of sexual assault, harassment, discrimination and racism leveled against its management, members and performers.

As detailed in an extensive report from the Los Angeles Times on Friday, former employees said they reported instances of sexual harassment and assault to Magic Castle managers, who they said did nothing in response and later retaliated against them for speaking up.

Randy Sinnott Jr., the president of the organization’s board of directors, told The Times in a statement, “The Academy of Magical Arts and its Board work to provide a safe and welcoming environment and experience. All claims brought to the attention of the Board or management are treated seriously and professionally.”

According to the Times, the academy was sued four times between 2011-2019 by former employees for allegedly violating the Fair Employment and Housing Act. One of those ex-employees is Stephanie Carpentieri, a former waitress at the Castle, who claimed in a 2019 lawsuit that she was sexually assaulted by a busboy while at work, and also faced verbal and physical abuse from a dining room manager. She told the Times that her supervisors never took action, and said she was fired in retaliation. The academy, the busboy and Carpentieri’s boss all denied her allegations. Her case is set to go to trial in August 2021.

Carpentieri told the Times, “I do have hope that shining a light on this stuff will make a change, because the Magic Castle … should not be tarnished by this atmosphere of violence and harassment.”

In another case, a former bartender, Terry Lee Lamair, said the Castle ignored complaints that a co-worker had sexually harassed her. She told the Times that instead of doing anything to stop the abuse, a supervisor joined in by repeatedly referring to her vagina as the “Grand Canyon.” Lamair sued the Castle in 2013.

Carpentieri said the culture at the Castle is one of “not believing women” — a sentiment echoed by magician Chris Hannibal, who told the Times he’s seen female guests treated like “prey or props” while volunteering to participate in live shows. One guest, Andrea Kemp, recalled to The Times that during a 2018 visit to the Castle, a magician named Charles Chavez “invaded” her personal space against her repeated objections and asked her to rub a card against her breasts. Chavez was later stripped of his membership and banned from the castle.

The Times also spoke to former Black employees of the Castle who said racial slurs were regularly used by white staffers. One former cook, Brian Turner, told The Times, “It was a whole lot of N-bombs being dropped all day, every day. It was very uncomfortable.”

In a June 5 Facebook post, the Castle’s board of directors addressed concerns about how it handles issued related to race, writing, “We admit our own past shortcomings in this area. We will work steadfastly for a more diverse and inclusive club in our membership, our performers, our staff, and our outreach.”

It was additional dialogue on Facebook over the summer, the Times reports, that ultimately pushed the academy’s board of directors to launch an investigation into “alleged inappropriate workplace conduct.” On Oct. 14, the board shared a statement saying that its findings “were serious and broad-spanning, covering management, culture, human resources, operational systems and processes and the need for systemic change.” Sinnott said that the organization is working with a management consulting firm to implement new changes “over the coming months,” though it’s unclear what exactly those changes will entail.

Meanwhile, the Magic Castle has been temporarily shuttered because of the COVID-19 pandemic. According to the Times, since its closure in March, the Castle has laid off about 95% of its staff, or 189 people, and has reported losses topping $300,000. No reopening date has been set.

12/05/2020 TV & Movies Comments Off on Magic Castle Embroiled in Accusations of Sexual Assault, Discrimination
Recent Posts
We and our partners use cookies on this site to improve our service, perform analytics, personalize advertising, measure advertising performance, and remember website preferences.Ok