EXCLUSIVE: Magnet Releasing has acquired worldwide rights to horror-thriller Held from directors Chris Lofing and Travis Cluff (The Gallows). The genre-driven shingle of Magnolia Pictures also released the chilling trailer. Magnet will release Held in theaters and on demand April 9.

Starring and written by Jill Awbrey, Held follows Emma (Awbrey) and Henry (Bart Johnson) as they attempt to reinvigorate their marriage after they realize its losing its spark. They go on a vacation to a remote high-end rental, complete with automated smart house features and integrated security. Their getaway to reconnect turns into a nightmare as they are forcibly trapped inside the house. An unknown “Voice” watches their every move through an array of hidden cameras, revealing an intimate and unsettling knowledge of their relationship. While the situation grows increasingly brutal, Emma and Henry must work together to uncover the truth and find a way out before it’s too late.

“We know what it’s like to be given a shot in an industry that is so competitive – where newcomers are often overlooked,” said Lofing & Cluff. “We’re proud to bring Jill’s unique vision to life. Her story is empowering, original and terrifying. We’re thrilled to be working with Magnet to bring Held to the world and look forward to thrilling audiences as well.”

Watch the trailer above and check out the poster below. 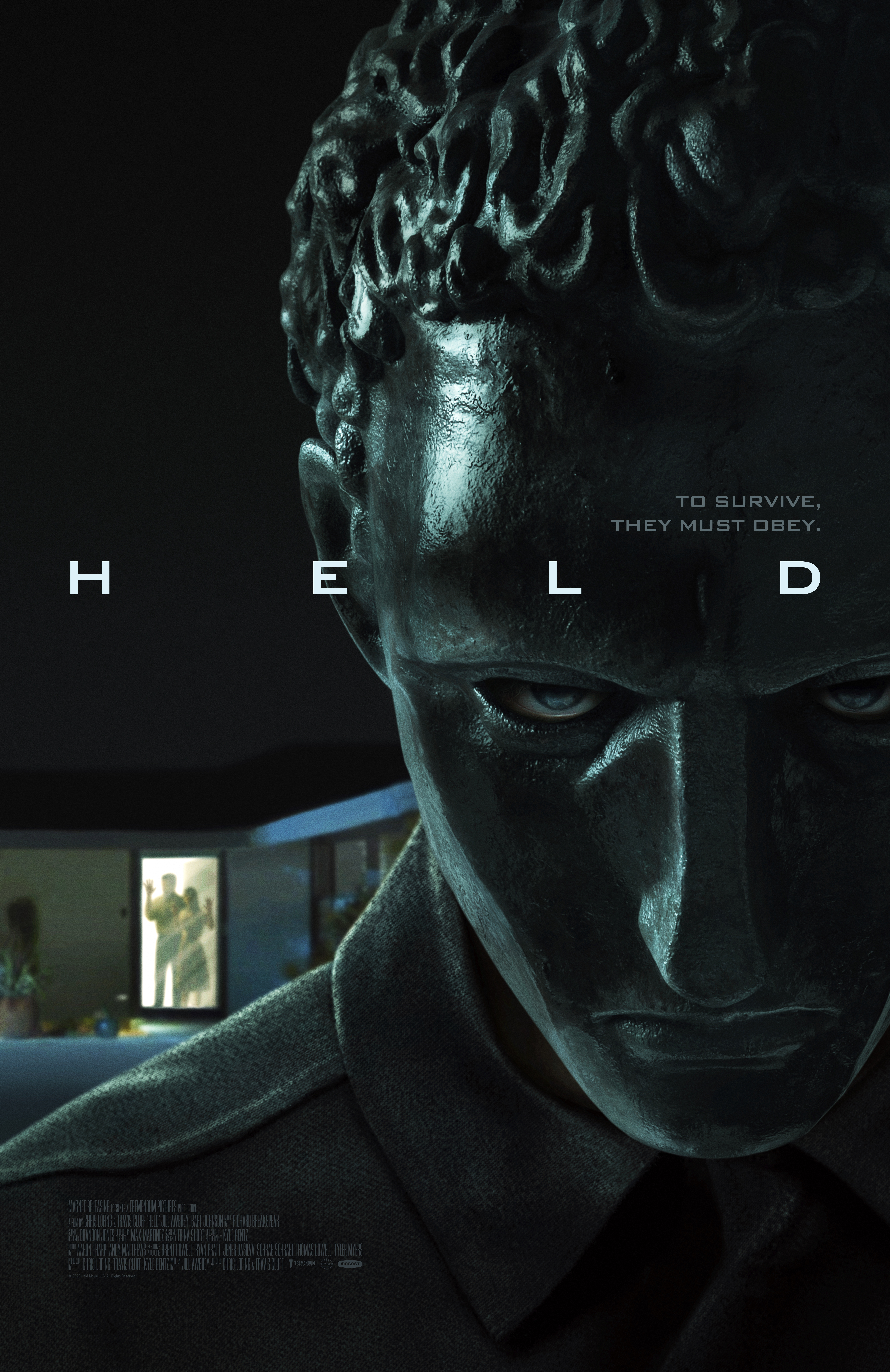