The reality TV star's youngest sibling Natalya, 21, is making waves as a model. 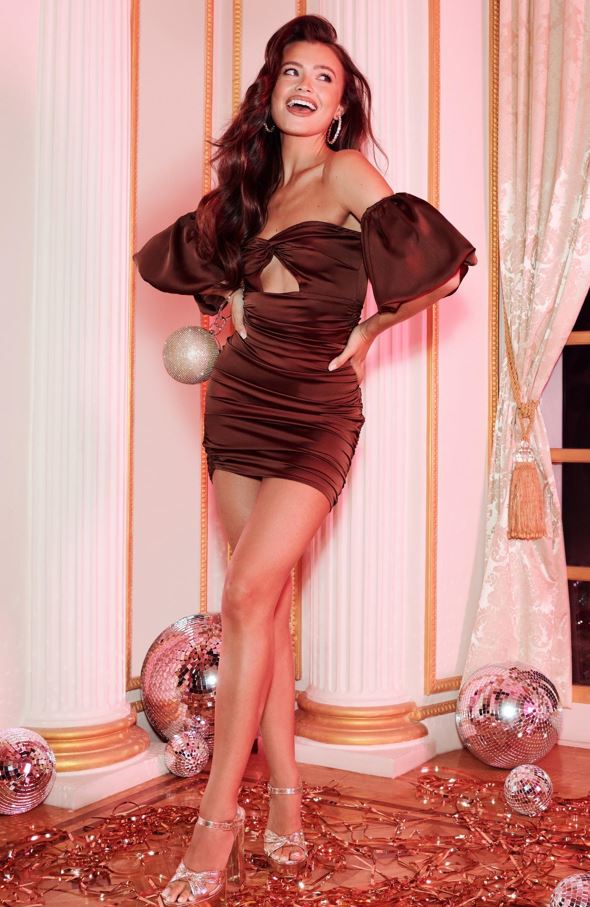 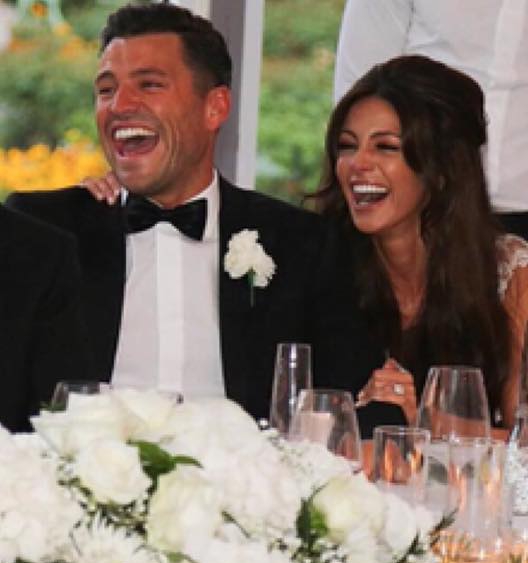 Mark's little sis oozes high-octane glamour and elegance in photos for a new collection, following in the footsteps of her sister-in-law by modelling for an online retailer.

And she's a dead ringer for Manchester-born beauty Michelle, 34, in the snaps for Quiz Clothing.

In a gorgeous photo-shoot the sultry British beauty models a collection against an opulent backdrop, providing the ultimate festive styling inspiration.

In one sizzling photo Natalya wears a brown satin mini-dress that exposes her shoulders and stomach.

Michelle modelled a similar frock last year from her collection with Very.co.uk and stunned in a green, off-the-shoulder dress.

It comes as ex Coronation Street star Michelle and EastEnders actor Danny Dyer were voted the sexiest soap stars of all time.

Michelle, who played Corrie's Tina McIntyre for six years, was attractive to 91 per cent of those polled

She pipped Jennifer Metcalfe, 38, who plays Mercedes in Hollyoaks , on 87 per cent.

And Danny, 44, who has starred as Queen Vic landlord Mick Carter in EastEnders since 2013, bagged 74 per cent in the men's poll beating Hollyoaks' Danny Mac, 33, on 72 per cent.

Researchers for buzzbingo.com wanted to learn who soap fans had a crush on. Spokesman David Abrams said: "Danny's barman's charm won the day." 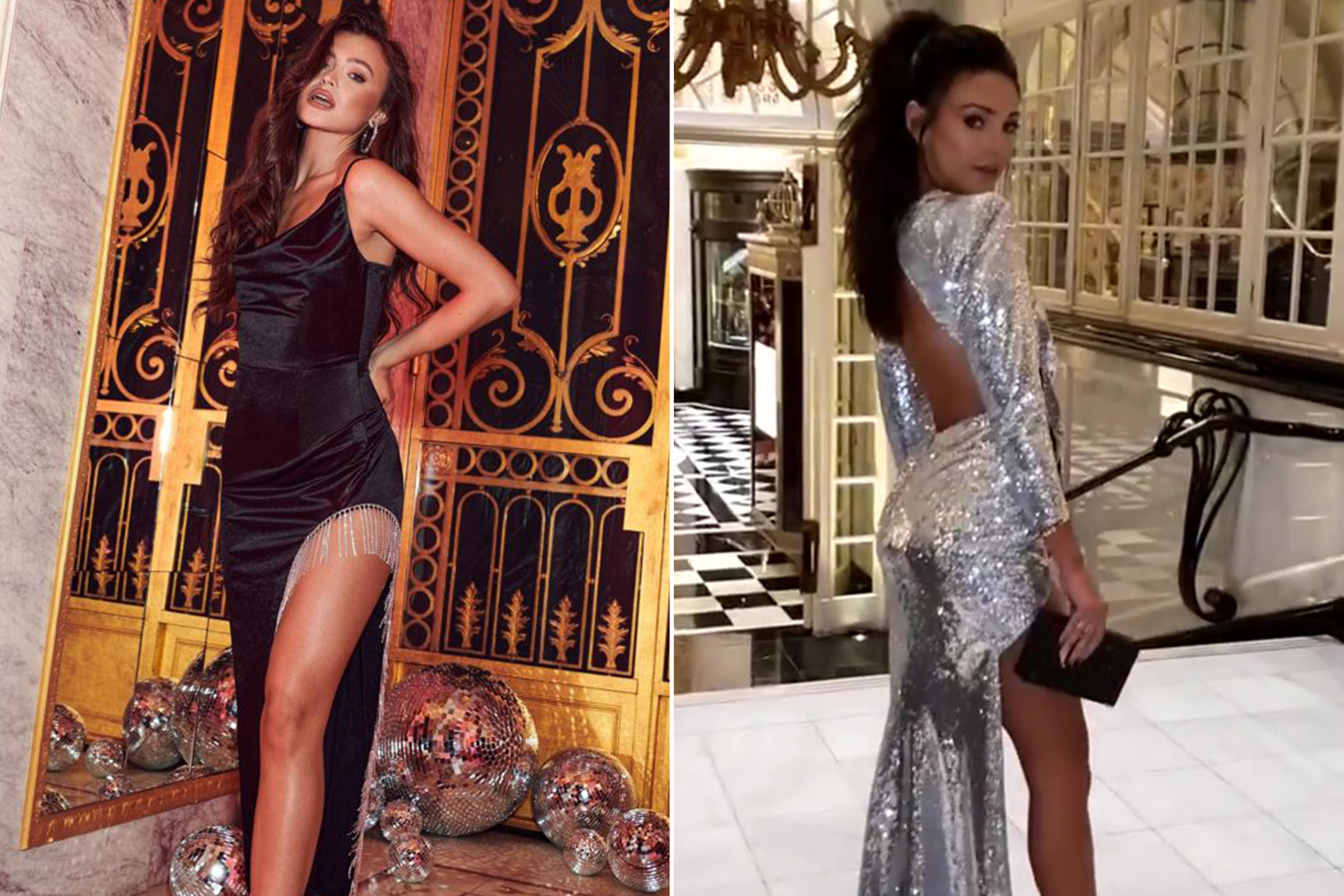 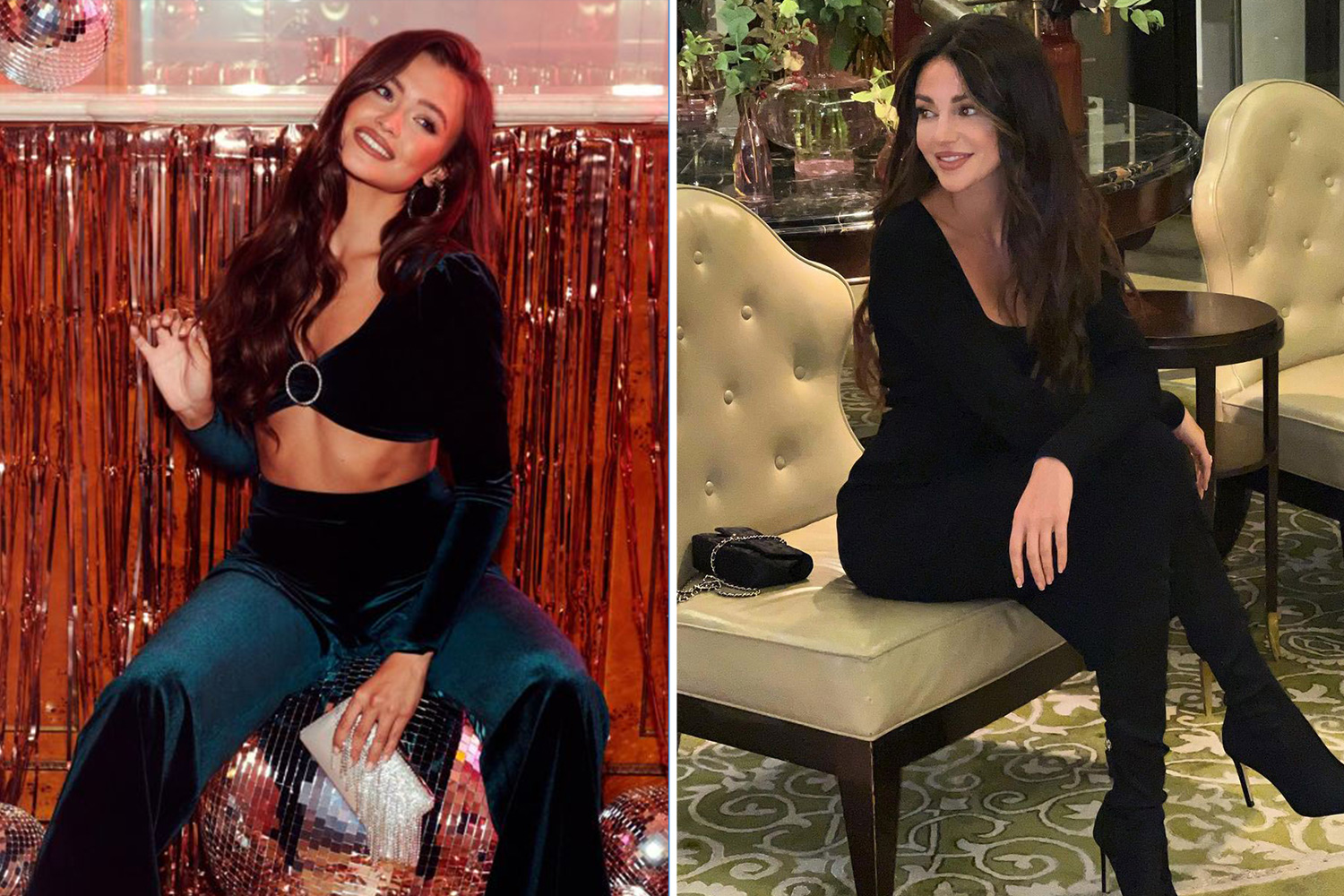 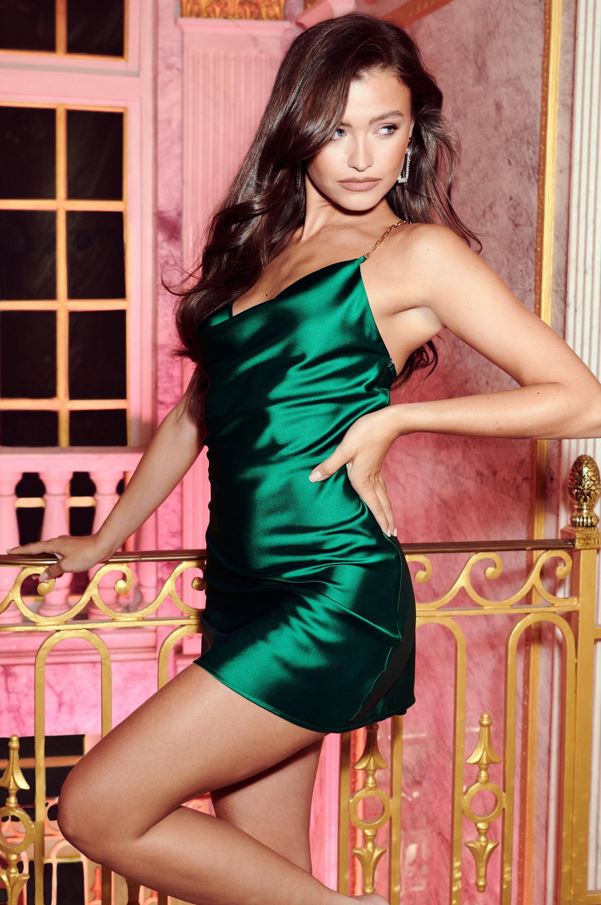