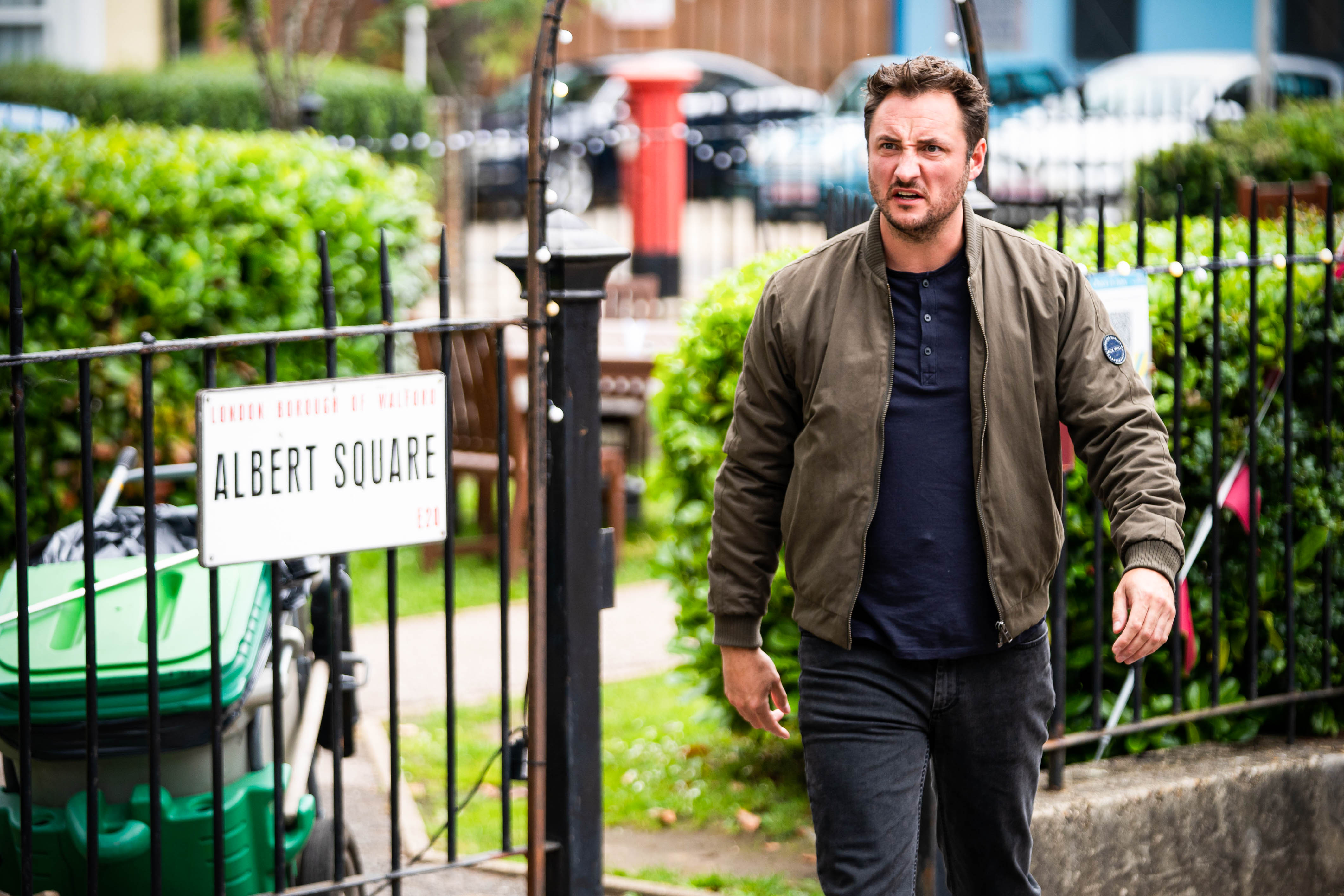 Martin Fowler (James Bye) will learn the hard way that you don’t cross Ruby Allen (Louisa Lytton) in upcoming EastEnders scenes, when he realises he’s got nowhere to live!

The mainstay of the BBC One soap was left stunned in Friday’s (September 17) instalment, when he discovered that Ruby had played a role in Stacey Slater’s (Lacey Turner) imprisonment.

However, that wasn’t the only thing she had to tell, as – after taking a test – she discovered that she was pregnant.

It was a moment that both Ruby and Martin had longed for, and yet Martin was unable to celebrate, as he struggled to believe his wife’s words in the wake of all the lies she’s told.

Jean Slater (Gillian Wright), meanwhile, provided the police with a detailed testimony, and before long, they were knocking on Ruby’s door!

Ruby was arrested, and taken away by the police.

She begged Martin to put a stop to all of it, but he refused, as she left Walford in the back of a police car.

His wife’s betrayal was hard enough to deal with, but there’s more heartache to come for Martin, as Monday’s (September 20) edition of the serial drama will see Dotty Cotton (Milly Zero) arrive on his doorstep with a big announcement.

Ruby is selling her house!

This, of course, means that Martin has been left with nowhere to live. And that’s not all, as Dotty has been left in charge of the club.

As predicted, she wastes little time in firing Martin, meaning that now he’s out of a job too!

Will he look to Jean for support?

If so, will he, Arthur and Lily find themselves back at No. 31, perhaps?

EastEnders airs these scenes Monday September 20 at 8:05pm on BBC One.