Scarface is often regarded as one of the most popular and influential crime films of all time. Starring Al Pacino and directed by Brian De Palma, the movie tells a dark tale of a poor immigrant’s rise to power and eventual downfall. 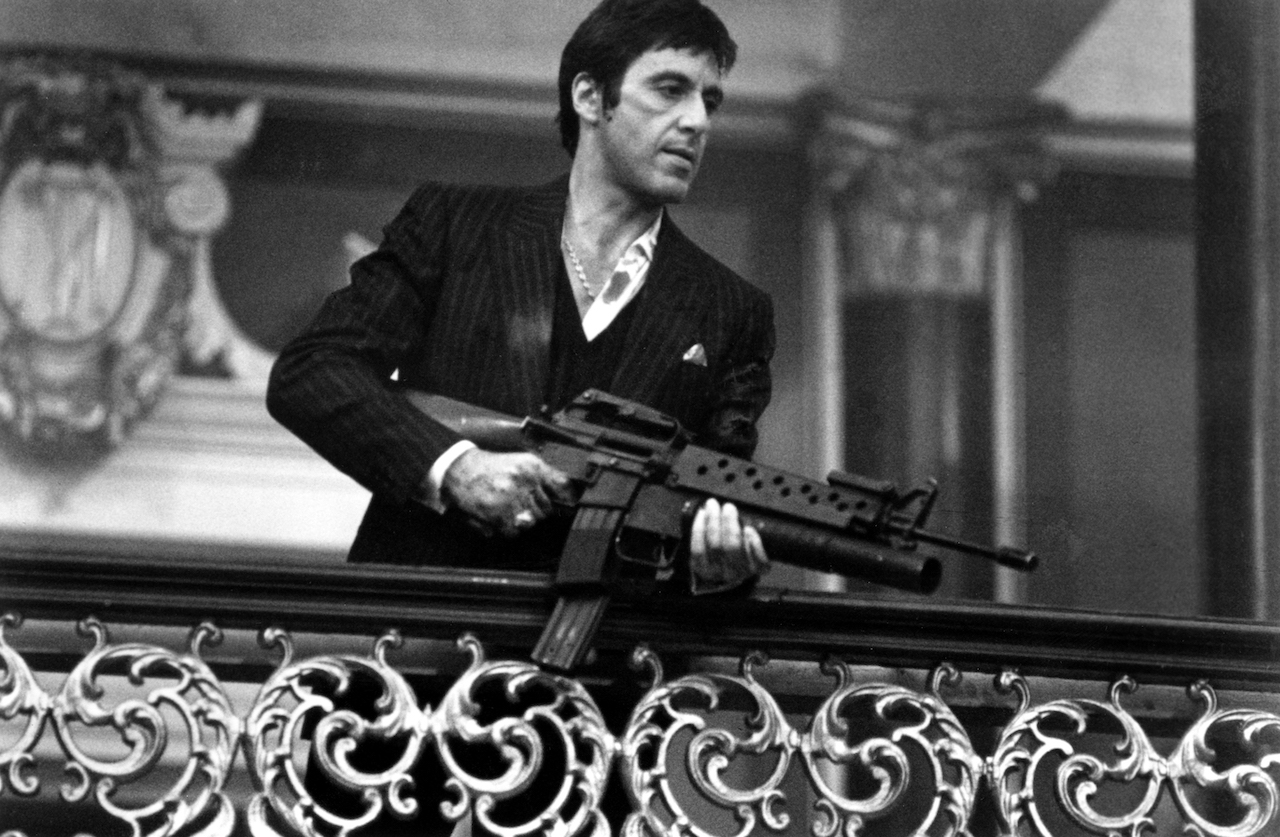 Pacino and De Niro have a relationship that spans several decades, and the two often shared ideas about films they were working on when they were much younger. When he first became involved with Scarface, Pacino asked De Niro for his opinion on who should direct the film.

“We were talking about Scarface, and you were considering who to do it, what director,” De Niro said. “And I was saying, ‘You should really do it with Brian,’ of the choices that you had. … And I said, ‘If you don’t do it, I’m going to do it,’ because I wanted to do it.”

He had to convince Marty Brigman to produce ‘Scarface’

Initially Scarface’s producer, Marty Brigman was not interested in making the movie. Pacino had to convince him to watch the original and talk him into getting the film made.

“They were gonna do Scarface, Marty and Bob,” Pacino added. “They didn’t do it yet, they were playing with the idea. … And then I know when I saw Scarface in California, I called Marty Bregman, who was the producer. And I said, ‘I think this guy Paul Muni in this part,’ … ‘I think it was great.’ I said, ‘I would just like to do him, if I could.’ … And then he said, ‘No.’ … He didn’t know Scarface. I said, ‘See the film, I think we can do it.’

During the early stages of Scarface’s development, Pacino wasn’t aware of how many other industry talents were interested in making the film.

“I didn’t know that Mary and Bob were interested in it,” Pacino said.

“We were just talking, I think it was all loose, you know?” De Niro chimed in.

Although many Hollywood heavyweights were interested in making the film, few of them could see eye to eye on its direction. Al Pacino, Martin Scorsese, Robert De Niro, and Brian De Palma all had differing views on how the movie should be made.

“But then Marty and Lamett didn’t quite agree on where the thing should go and how it should be done,” Pacino continued. “And then Brian came in. They had a parting. … And then that we the—I think that was the thing that took it off. Because the way Brian saw it and Oliver saw it, and Marty saw it, and I saw it … pretty much were opposite of each other, in certain areas. And that’s when Scarface came about.”

Scarface has since become a classic film with a cult following, despite receiving largely-negative reviews upon its release.