Midsomer Murders will be returning on Sunday with DCI John Barnaby (played by Neil Dudgeon) and DS Jamie Winter (Nick Hendrix) back investigating deadly crimes in the fictitious county of Midsomer. Neil, who has played DCI Barnaby for 10 years, revealed that he and his wife used to argue over who the murderer was before he took on the role.

Neil took over from John Nettles, who played DCI Tom Barnaby in 2011 when the actor decided to retire from TV.

Neil plays the role of DCI John Barnaby, who is Tom’s younger cousin.

Over the years, the cop drama has featured a long list of famous faces including the likes of Jason Hughes, Barry Jackson and Daniel Casey.

Midsomer Murders remains a popular feature in British television schedules and has been broadcast internationally in over 200 countries. 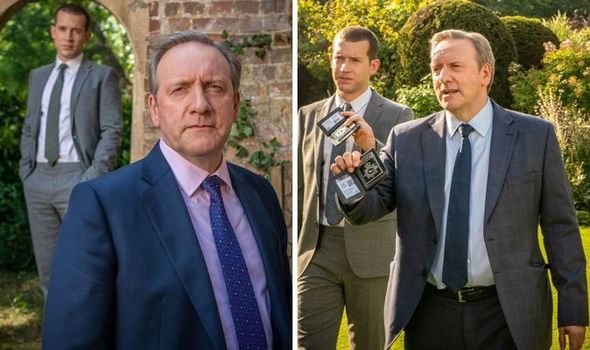 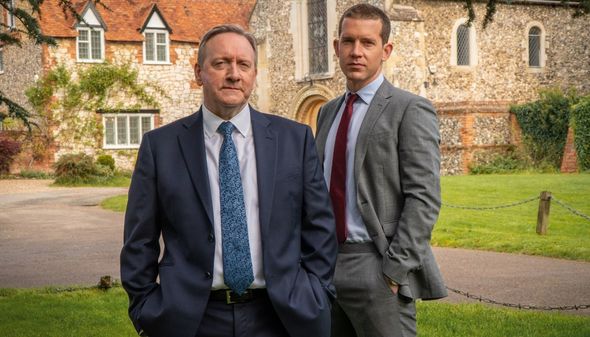 Speaking ahead of season 22, Neil admitted he has only been able to guess who the murderer was once in the entire 10 years he has played DCI Barnaby.

“I don’t know how many episodes of Midsomer Murders I have done now but I think of all those I’ve filmed I have managed to guess who the murderer was once, which alarmed me greatly because I am hopeless at guessing the murderer,” he explained.

“To be honest I don’t hugely try to guess whodunnit.

“It’s an argument my wife and I used to enjoy when watching the likes of Midsomer before I started doing it.” 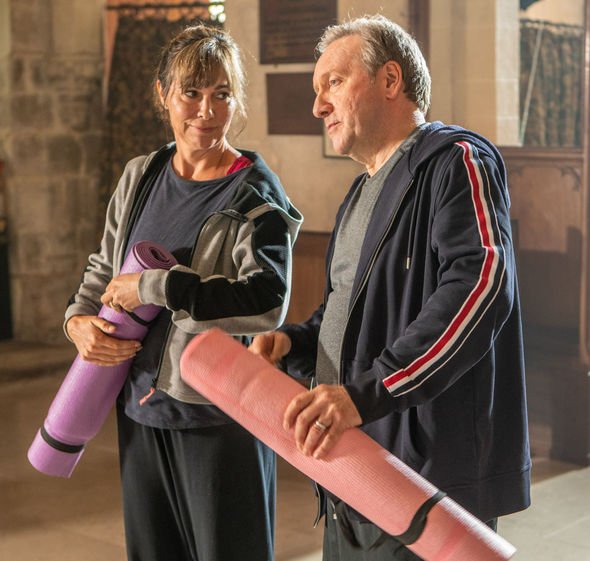 “I would happily sit and watch a whodunit, just enjoying it and knowing at the end they’ll tell me who the murderer was and I am happy with that,” he continued.

“I am the worst possible person to figure out who has done it,” Neil added. “Maybe it’s a good thing because I’m seeing it through the eyes of our viewers who are sat there thinking ‘where do they film this? Where is his shirt from?’, the kinds of questions I find myself asking when I watch.

“I am terrible at figuring out who the murderer is and I certainly didn’t figure it out in this episode, that was way beyond my personal capabilities. Obviously, John Barnaby is on to it…”

Recalling some of his favourite highlights, Neil said, “some of the deaths have been marvellous”.

The actor went on to remember the time Murray Melvin fell to his death after seeing a headless horseman.

He also fondly recalled Martine McCutcheon getting killed off by some cheese.

“The marvellous episode I love was all about the UFOs and then we actually showed one crashing in the woods, I thought we had lost the plot but the writing was so brilliant and it all made sense and Alison Steadman was in that episode,” he said.

“It’s the people; the crew, the cast, the murderers and some of the more lavish, thoughtful deaths are the highlights that stand out to me.”

The first episode of series 22 which will premiere this weekend will be called The Sting of Death.

In this instalment, Barnaby and Winter have to search for a masked assailant who attacked beekeeping fanatic Lord Ambrose Deddington (Griff Rhys Jones) and his hive.

However, when they are trying to work out who committed the attack, the village doctor is found dead and covered in bees, linking the two crimes together.

But, will Barnaby get to the killer before they have the chance to strike again.”