Special agent G Callen (played by Chris O’Donnell) has worked with Operations Manager Hetty Lange (Linda Hunt) since the hit spin-off NCIS: Los Angeles began back in 2013. However, in the latest devastating preview for the new premiere coming up next week on CBS, Callen and Admiral Hollace Kilbride (Gerald McRaney) are given some shocking news which could permanently affect the makeup of their team.

Callen and Kilbride learn Hetty has apparently been killed in a jaw-dropping twist for NCIS: LA’s season 14 opener.

The action-packed drama will return for its new season in a week’s time, and the premiere episode, Game of Drones, will see the team investigating a terrorist attack.

However, the upcoming episode could also kick off the new season with a depressing note if the latest intel is correct.

In the recent sneak peek clip, Callen and Kilbride have an upsetting conversation with a Navy officer who beams in on a video call. 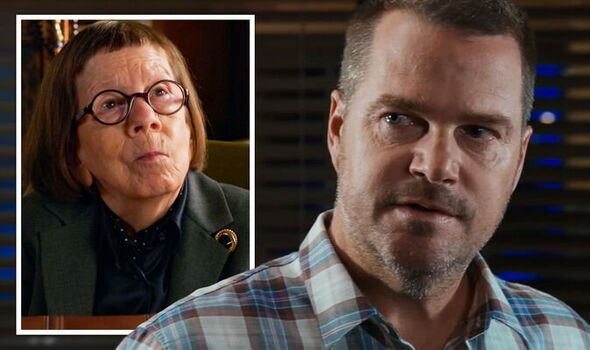 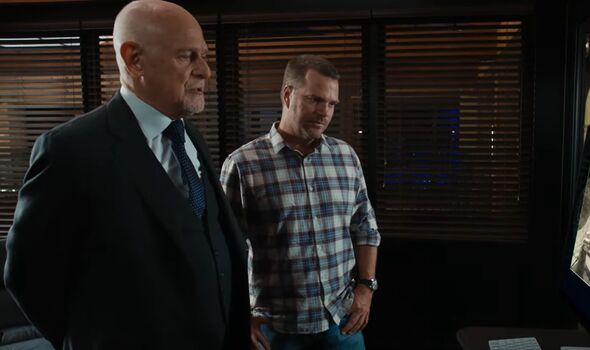 She tells them: “We were doing some joint recon work alongside the Syrian Democratic Forces when we came across an abandoned school that we had been using as a shared safehouse.

“It showed signs of an ambush and human remains of several individuals were found inside.”

Both Callen and his new boss are left stricken, as they know Hetty had been away working on some important and dangerous missions in recent months.

Unfortunately, it appears her overseas efforts have recently taken a huge downturn. 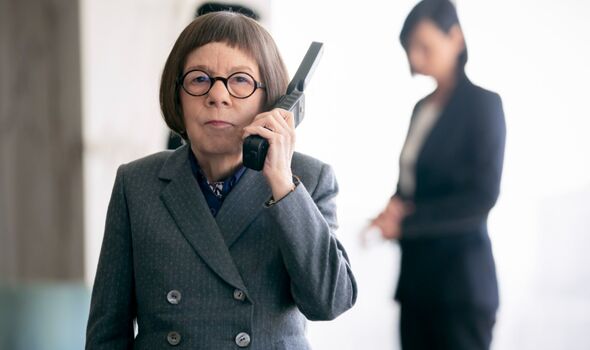 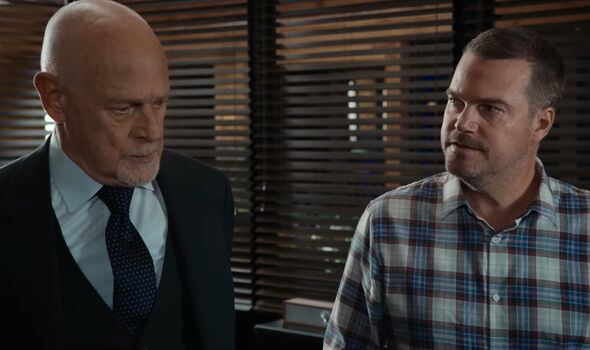 “They were burned beyond recognition,” the officer reveals to Callen.

“But one of the bodies had documents identifying them as an American female named Trudy Chambers.”

Both Callen and Kilbride are both left speechless as they try to comprehend the news.

Earlier in the series, Hetty revealed Trudy Chambers was the name of one of her aliases, so Callen sadly has to assume the remains belong to his old OM.

“The Trudy we know is a small woman,” Callen relayed to the officer. “Do the remains that you recovered reflect that?”

“I’m afraid so sir,” the officer reveals. “We’re still waiting on dental and DNA confirmation for a positive ID.”

Callen ends the call and turns to Kilbride to try and make sense of the situation.

“Well, you obviously know that Trudy Chambers is one of Hetty’s aliases,” he says.

Kilbride replies in the affirmative, and the clip comes to an end, leaving viewers to try and make sense of the latest development.

Of course, many fans are still convinced the series won’t kill Hetty off in the new season, and NCIS: LA will blindside them with another twist confirming her survival in the coming weeks.

However, for the time being, Callen and his agents may have to try and comprehend an NCIS without Hetty’s wisdom to guide the way.

NCIS: Los Angeles season 14 premieres Sunday, October 9 on CBS in the US. A UK release date is yet to be announced.