NCIS has been on our screens for 17 years and it doesn’t seem like it will be ending any time soon as CBS has already confirmed the next series. The crime drama started off with Yankie White, where while on board Air Force One, a Navy Commander died. This is where fans got to meet some of the show’s best characters for the first time.

Should Gibbs have died in the first-ever episode?

The Navy Commander killed was on board the plane along with the President of the United States.

Because of this and other crucial evidence, it is believed this was a failed assassination attempt on the President himself.

While the Secret Service felt this was their investigation, Agent Gibbs (played by Mark Harmon) had other ideas and came on board along with Agent Tony Dinozzo (Michael Weatherly) and Donald “Ducky” Mallard (David McCallum).

This is where they met Secret Service Agent Kate Todd (Sasha Alexander) for the first time as well, roping her in to help them. 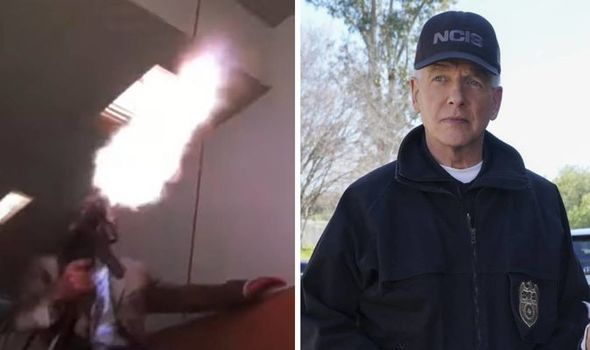 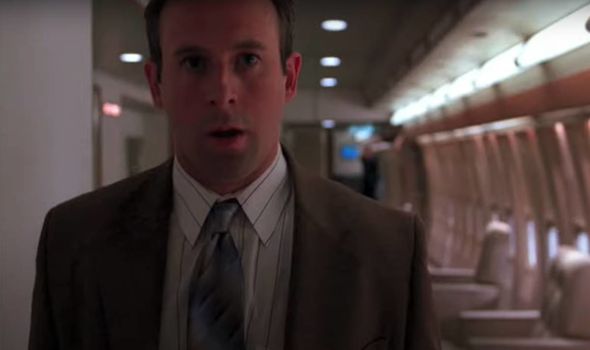 Following the death of the Navy Commander, the President had to switch aircrafts from his normal mode of transport which raised Gibbs’ suspicions.

Al-Qaeda had used this to their advantage and set someone up on the plane to kill the President after the usual protocols were aborted.

All of a sudden, a reporter was convulsing and while medics attended to them, Leonard Rish (Robert Bagnell), disguised as a journalist, started to make his way to the President’s cabin.

Luckily, Gibbs saw this in time and got to the “reporter” before he is able to cause anymore harm. 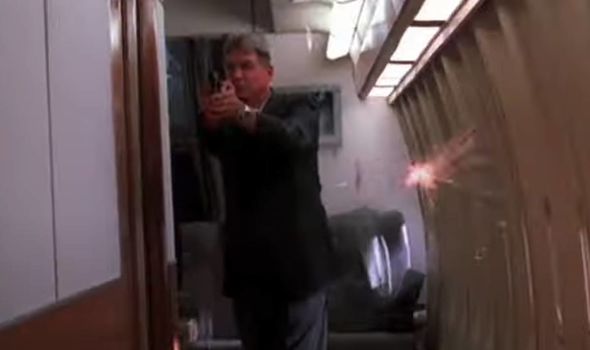 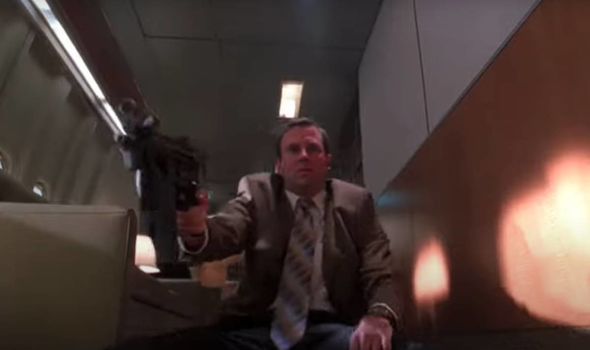 When Leonard realised he had been rumbled, he pulled out a gun and started shooting madly at Gibbs.

His machine gun shot numerous bullets in Gibbs’ direction but they all managed to miss the NCIS agent.

Then, with just a couple of shots, Gibbs was able to shoot Leonard, killing the fake reporter almost instantly.

While Gibbs has had more than his fair share of luck over the years, it does seem very unlikely he wouldn’t have been killed or at least injured from this incident.

However, Leonard was killed and Gibbs left the situation unscathed, despite him only having a measly handgun compared to the terrorist’s machine gun.

The fact Gibbs didn’t even attempt to duck makes this scene even more unrealistic.

Nevertheless, Gibbs did survive and he was able to protect the President without too many casualties on board the plane.

The same couldn’t be said for Kate though as she had lost her job in the process.

The Secret Service were furious at how Kate had went against orders to follow Gibbs’ instructions.

This then led to her handing in her resignation, walking out believing she had become unemployed.

However, Gibbs quickly gave her a position at NCIS which she was happy to take and became a key member of the team.

This was until she was later killed by Ari Haswari (Rudolf Martin) in season three.

08/19/2020 TV & Movies Comments Off on NCIS plot hole: Should Gibbs have died in the first-ever episode? Clue you missed
Recent Posts
We and our partners use cookies on this site to improve our service, perform analytics, personalize advertising, measure advertising performance, and remember website preferences.Ok