Neighbours newcomer Nicolette Stone (played by Charlotte Chimes) made her debut in Erinsborough recently and fans immediately thought there would be a romance on the cards between her and Ramsay Street favourite Chloe Brennan (April Rose Pengilly). But upon learning bisexual Chloe is married to Pierce Greyson (Tim Robards) and pregnant with his baby, Nicolette was left feeling foolish and now actress Charlotte has shrugged off a potential get together between the two women anytime soon.

In a recent interview, Charlotte believed that it may be too predictable for the two characters to become a couple.

She explained: “I feel like that’s a bit easy, you know what I mean?

“It’d be a bit too easy for the writers and a bit convenient. I’m not saying no and I’m not saying yes, but we’ll just have to wait and see,” she teased.

On her storyline with Chloe, she continued: “When they met, Nicolette was instantly attracted to Chloe. Chloe is this friendly, bubbly, gorgeous, warm person, who shows incredible kindness to Nicolette even though she’s a virtual stranger. 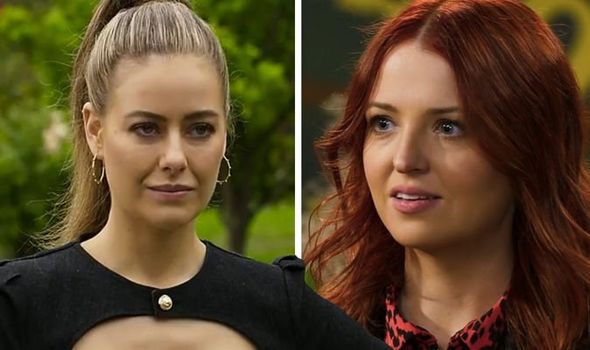 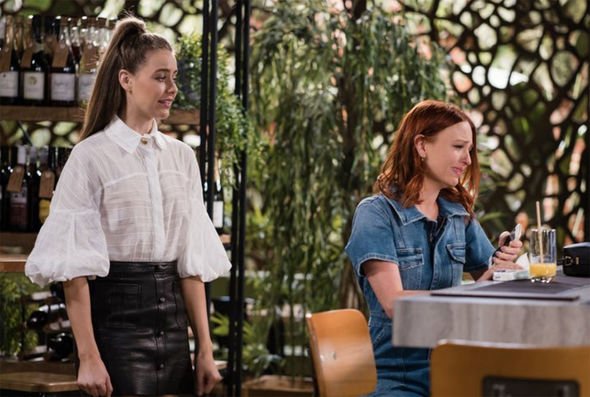 “Nicolette did end up asking her out, but then realised Chloe is married to Pierce. She felt incredibly foolish for making assumptions, but there’s something that still intrigues her about Chloe.

“Nicolette likes to think that she’s fine with just being friends with her and that’s enough.”

Despite not being convinced the two will hook up, there could be a point in the future where it might happen.

Fans know that there’s been a lot of tension between Chloe and Pierce recently, made worse by the surprise pregnancy as Chloe is worried she will pass her Huntington’s Disease to the tot. 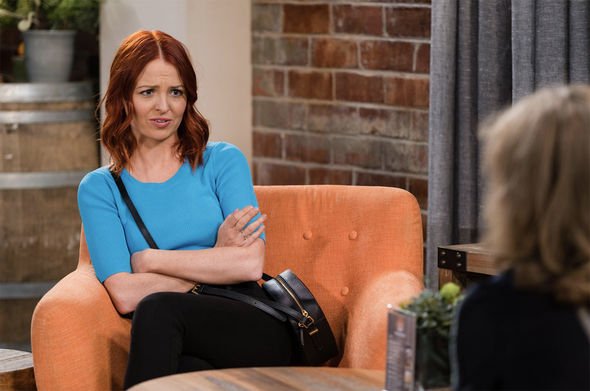 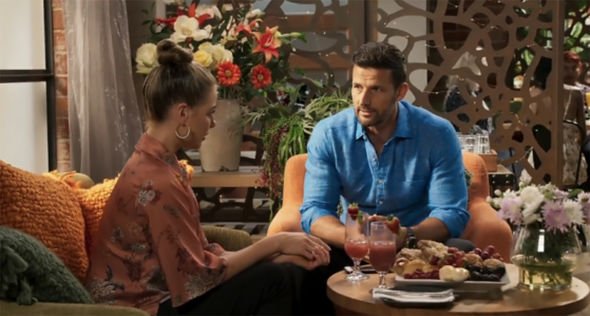 Not only that, but actor Tim who plays Pierce, has announced he will be departing the Channel 5 soap soon.

After joining the cast as the hunky millionaire two years ago, he was due to film his final scenes in September.

But due to travel restrictions in place as a result of the coronavirus pandemic, he will be finishing early so he can return to Sydney.

The 37-year-old said he wanted to be with his wife, Anna Heinrich, for the birth of his first child.

Having spent most of Anna’s pregnancy on set in Melbourne, he decided to put his growing family first.

In an Instagram post, he said: “I made the gut-wrenching decision to depart Neighbours early as my responsibilities as a husband and father have to take precedence.

“If I’ve learnt anything in this pandemic it’s that the health and wellbeing of my family has to come first.”

He added: “I have had to make a really hard decision but it is the right one. I’m going to return home, leaving my role as Pierce Greyson.

“It is just too risky with those new restrictions in place to not be involved with my wife as she needs me.

“With that being said I just wanted to say a huge thank you for everyone at Neighbours… you guys work tirelessly.”

Due to the travel restrictions, actor Don Hany has been reported to be replacing Tim as Pierce for the character’s final scenes.

08/18/2020 TV & Movies Comments Off on Neighbours actress addresses romance between Nicolette Stone and Chloe Brennan: ‘Too easy’
Recent Posts
We and our partners use cookies on this site to improve our service, perform analytics, personalize advertising, measure advertising performance, and remember website preferences.Ok