Dipi (played by Sharon Johal) is currently unaware her husband Shane (Nicholas Coghlan) is suffering from drug addiction, although his erratic behaviour has been cause for concern to her on Neighbours. In upcoming scenes on the Channel 5 soap, she will begin to track her spouse to find out what he’s hiding from her. However, as the pair face yet another hurdle in their relationship, there is one person the mother-of-three has been confiding in about her troubles. With actress Sharon, 32, teasing her character could be harbouring secrets in the coming months, could her alter-ego begin an affair with Pierce Greyson (Tim Robards)?

The billionaire businessman is currently married to Chloe Brennan (April Rose Pengilly), who is expecting his third child.

Despite the pair having a whirlwind romance, Pierce has recently begun to doubt the strength of their marriage because his wife is bisexual.

As a result, he has been spending more time with Dipi as the pair have been able to get their thoughts out into the open without any judgement.

Recent episodes also saw the Ramsay Street residents dancing around the kitchen together as they made beetroot burgers whilst the expectant mother was visiting family in Adelaide.

It has not been confirmed if the characters are indeed going to develop feelings for one another, but could this be the catalyst behind the hotel owner’s exit from the Australian drama? 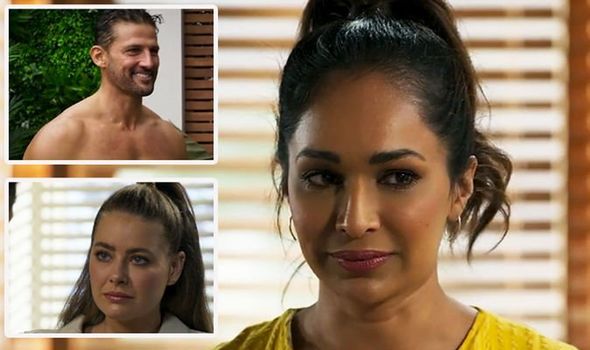 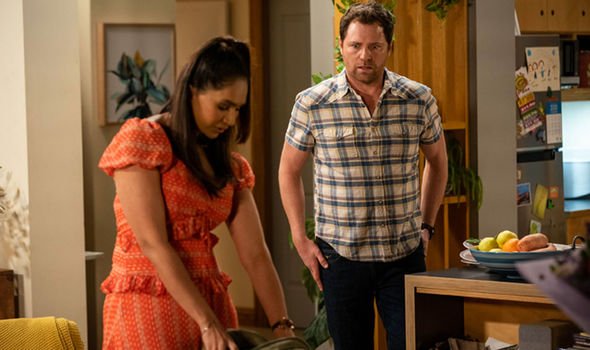 Speaking exclusively to Express.co.uk about her character’s current storyline, Sharon was asked if Dipi could have a few things of her own she doesn’t want Shane to know about.

The soap star said: “Not at this point, no. Later down the track, possibly, but if anything were to occur, whilst it’s not an excuse, it is a direct reaction to what he’s done and how he has ruined their life together.”

The drug secret could be the last straw for the husband and wife as the actress added: “[Dipi] feels shut out from him, despite constantly asking him what’s going on he refuses to open up to her which not only makes her feel neglected but also hurts her feelings.

“Shane has a history of hiding things from her until it’s too late so Dipi has no choice but to jump to conclusions to assume what could be going on.” 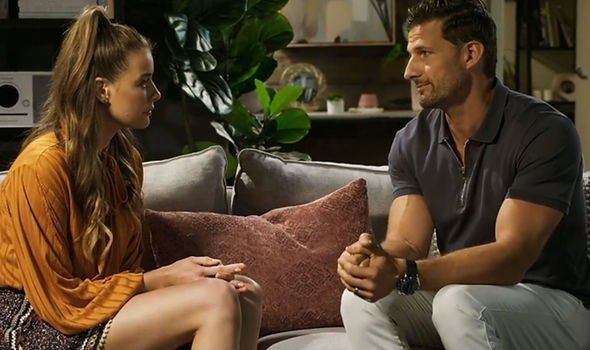 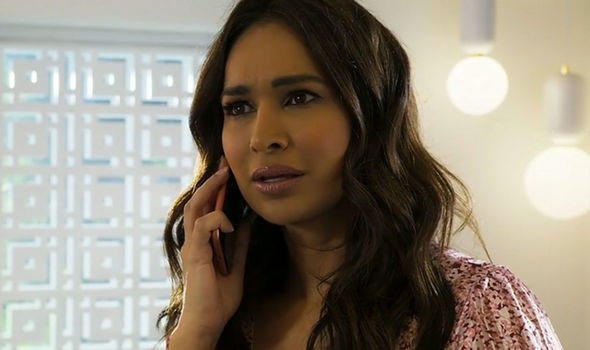 Later down the track [their could be secrets]

“Dipi also feels like she is not valued in the relationship, she carries the bulk of the responsibilities,” Sharon continued.

With the mother-of-three feeling such unease in her marriage, it is very possible she could turn to a neighbour for help.

Having built up such a strong friendship with Pierce over the past couple of months, he would be the perfect option for her.

However, with so much history between her and Shane and with the couple having three children together, would she risk tearing her family apart for good?

Pierce’s doubts about his wife’s sexuality have only exacerbated recently after newcomer Nicolette Stone (Charlotte Chimes) moved in with them.

The nurse has been assigned the role of live-in carer for Chloe’s mother Fay Brennan (Zoe Bertram) who has Huntington’s Disease.

What the businessman didn’t realise until their new house guest moved in was she was gay, making him incredibly jealous.

Although his wife is committed to him, he also doesn’t realise the redhead has a crush on his spouse and might play a few games to cause a rift between them.

CAN’T SEE THE POLL BELOW? CLICK HERE TO OPEN IN YOUR BROWSER

By the end of the year, the father-of-three will be leaving Ramsay Street after two years but the details behind his departure are being kept under wraps.

With no reports on Chloe leaving with him, it is highly likely the pair will split up but there is no word yet if either of them will be having an affair.

Actor Tim, 37, won’t be finishing off his character’s story as the hotel owner has been recast, with Don Hany, 44, taking on the role.

If Dipi does end up sleeping with the handsome Ramsay Street resident, will she be left heartbroken as he departs?