OLLY Murs has hinted that the "surreal" new technology on the show could mean that the coaches may judge their acts on videolink in the future.

The popular ITV singing competition was brought to a halt earlier this year when the coronavirus hit – but since then a lot of things have been going on behind the scenes to make sure that the return this Saturday is bigger and better than ever before. 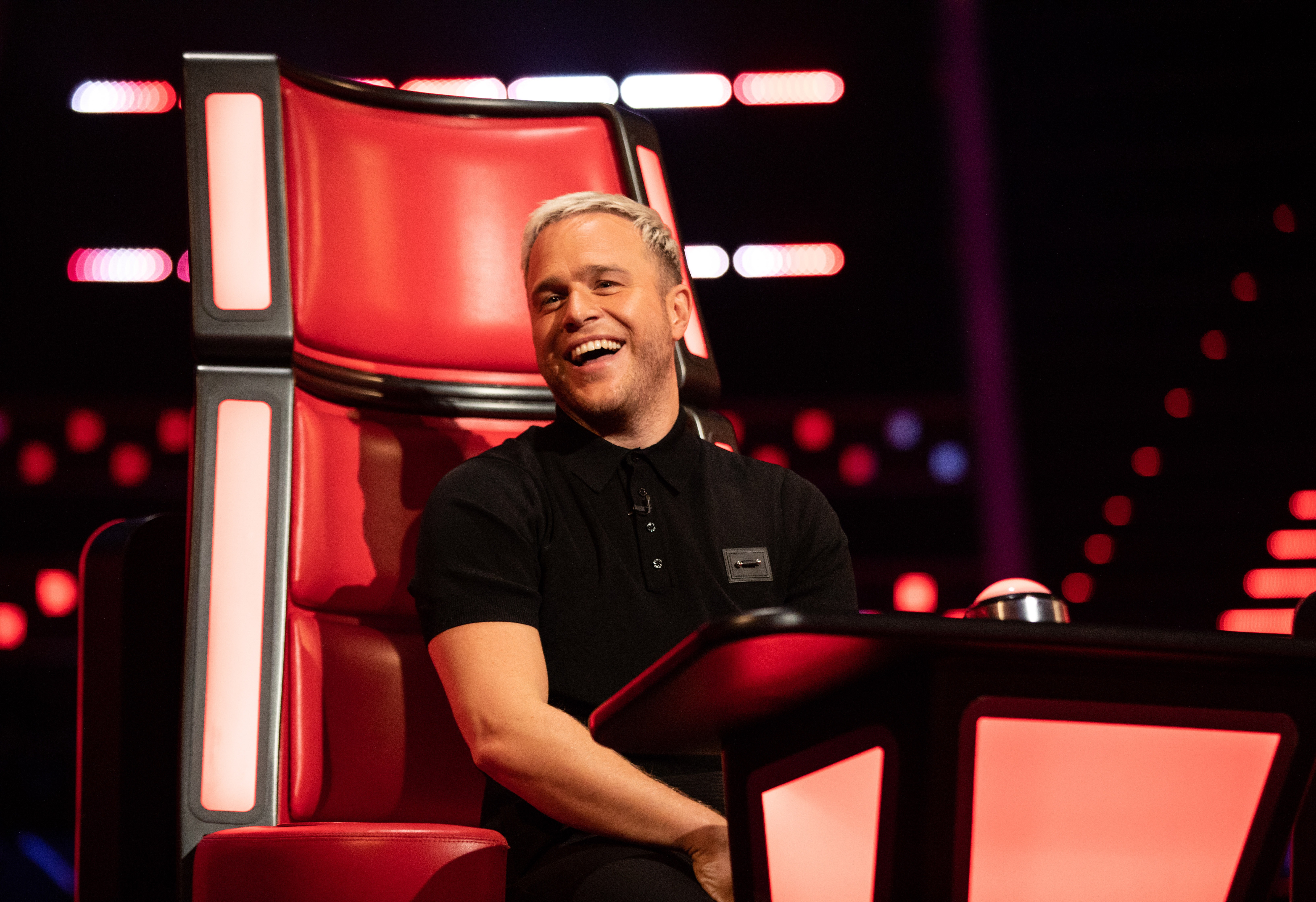 One of those things put in place is that judge Meghan Trainor will be sitting next to Olly, Sir Tom Jones and Will.i.am via a hologram, where she will be superimposed onto her chair.

The star is currently unable to return to the UK due to travel restrictions and she is also expecting her first child with Spy Kids actor Daryl Sabara.

The advances in technology have also left the Troublemaker singer wondering if he'll even have to turn up to the studio for work in next couple of years. 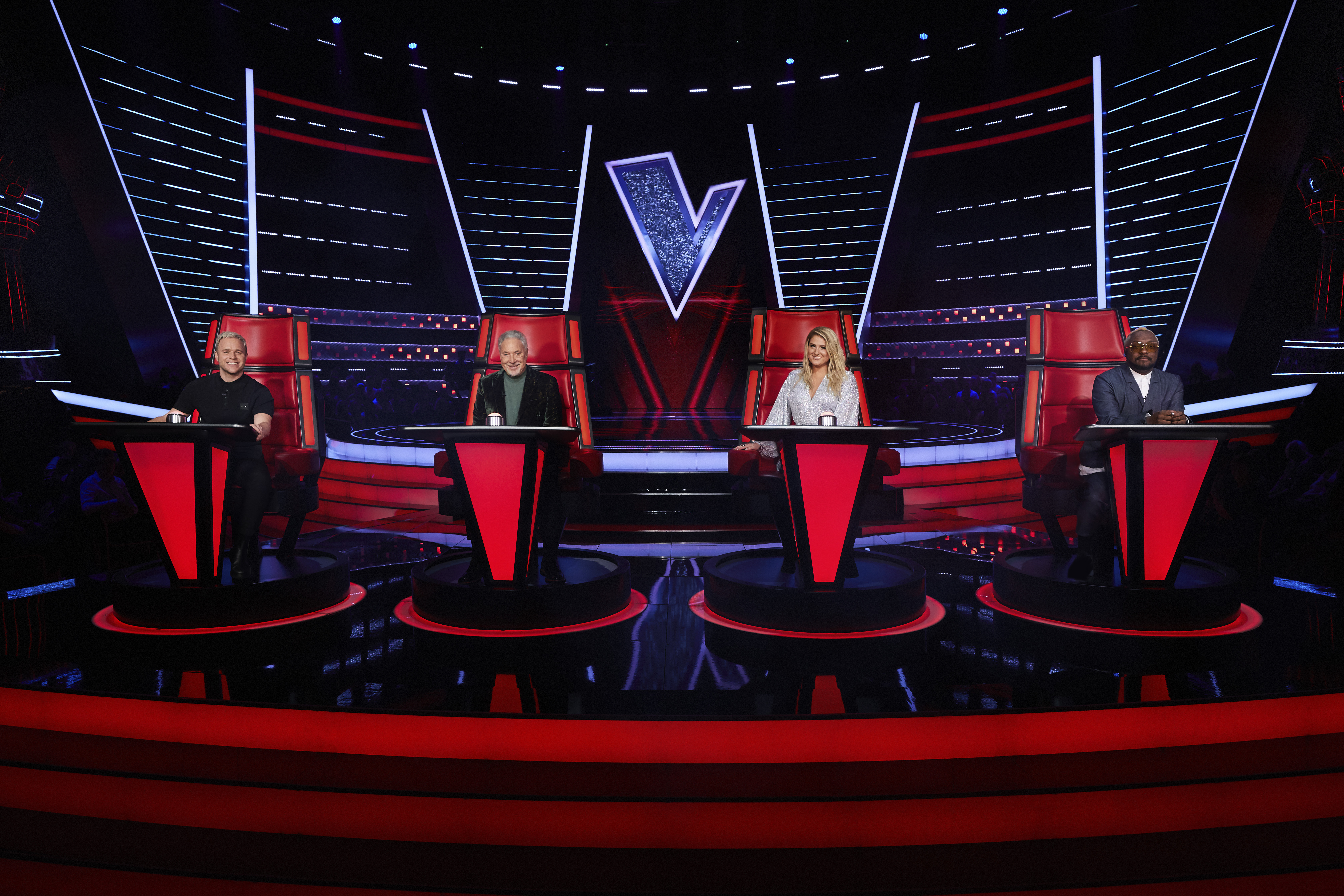 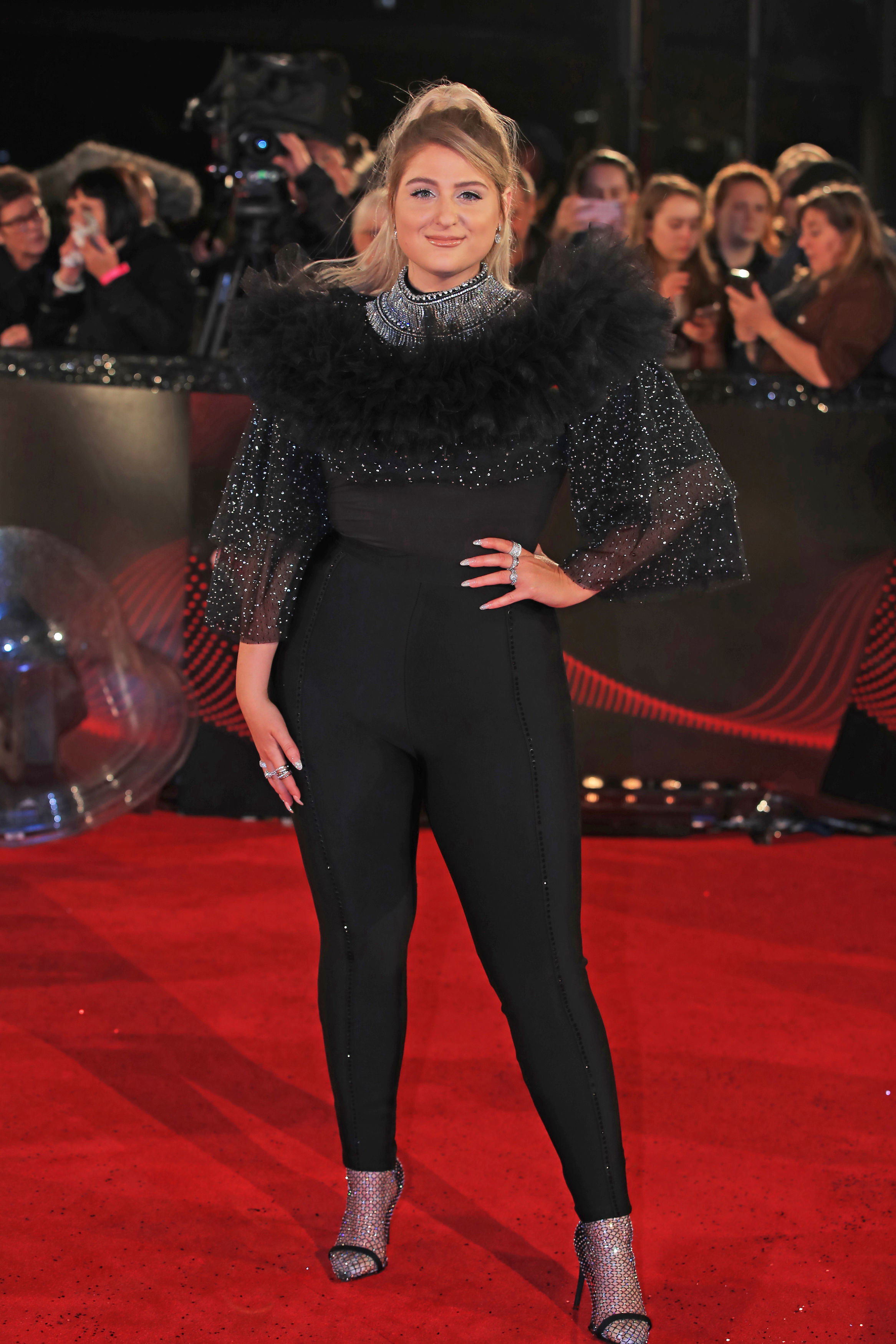 He later joked: "It could be the new way forward, us coaches might not be here in 2030, we might all be holograms at home, sat in our arm chairs, in the red chairs. We don't know!"

The semi-final, which is due to hit our screens on Saturday November 7, will also consist of a virtual audience, where the coaches can pick and choose who they want to interact with.

Olly explained: "ITV have got this amazing wrapped round screen, so we have this virtual audience and it's a bit different to Britain's Got Talent, we're able to zoom in and chat to different people on the screen at different points.

"So it was really really fun and I think all us coaches were saying it was really nice to see the real fans in their lounges at home watching the show, like it was kind of surreal really. It's the new age. The new way forward isn't it." 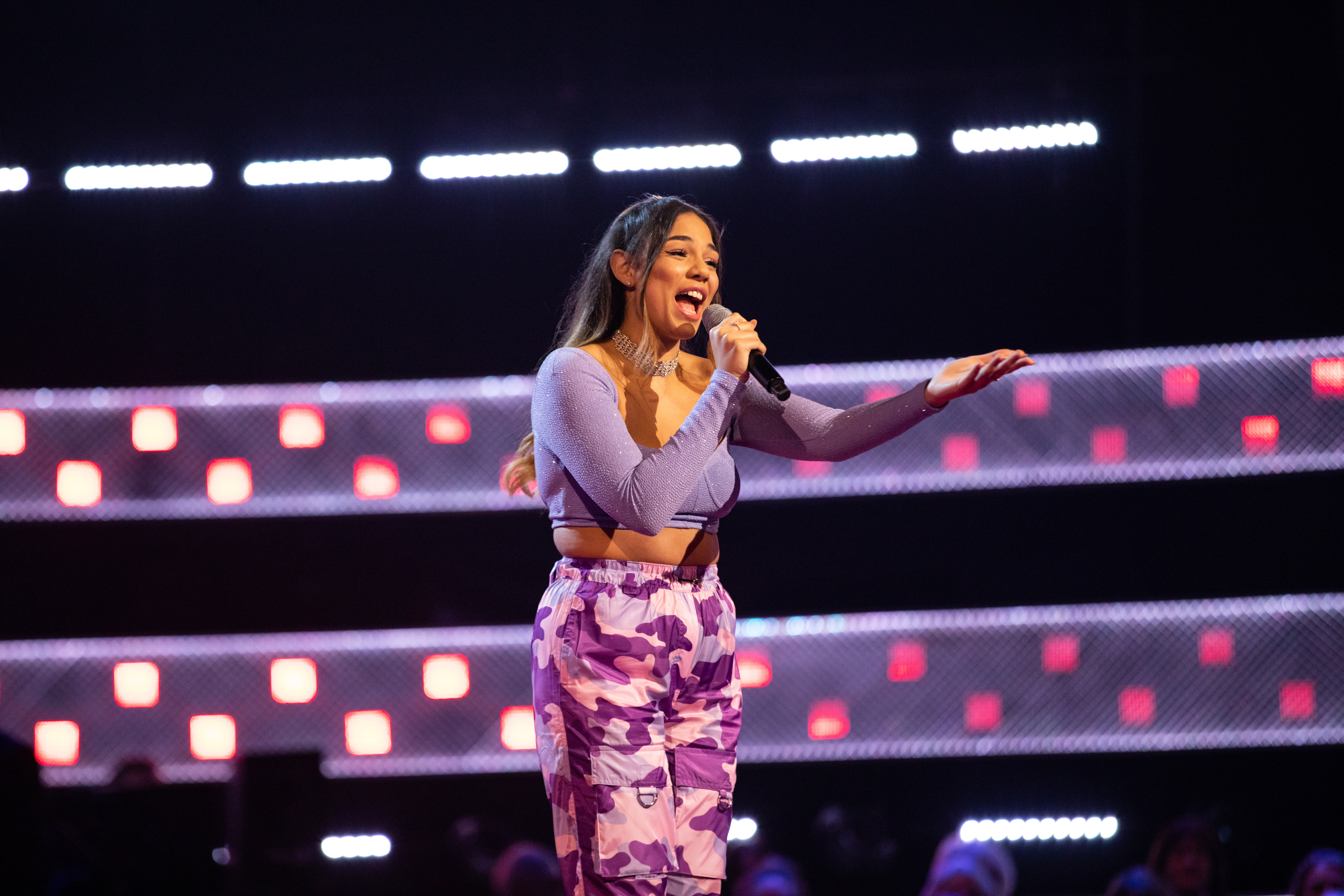 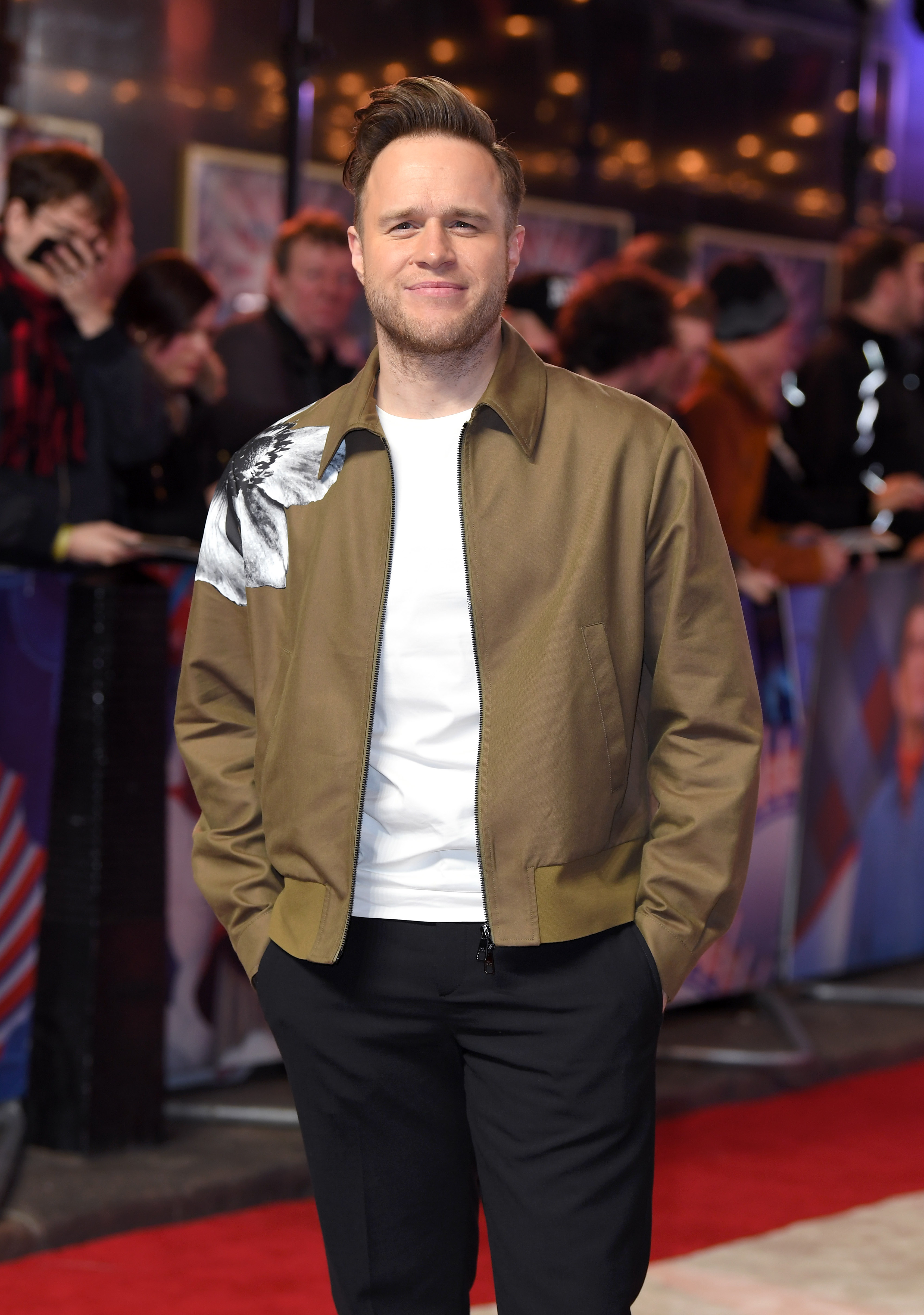 The judges will also have to pick who they think deserves a place in the final – which is normally done by the public.

The What's New Pussycat singer explained: "Now it's up to us to pick the right person to go to the final and as far as I'm concerned I've got two very strong singers and they're different from one another.

"But it's going to be very difficult for me to pick who I'm going to put into the final from the semi final.

"That's going to be a big thing for me and I think that we've all got the same problem there."

Those left battling it out for a space in the final of The Voice 2020 from Team Will are Gevanni Hutton, Lucy Calcines and the public’s Lifeline winner Doug Sure.

The two remaining from Team Meghan are Trinity-Leigh Cooper and Brooke Scullion, while Olly has to pick between Jordan Phillips and Blessing Chitapa.

After the coaches have had their say, the virtual audience will go onto pick the winner of series nine on November 14.

Catch The Voice semi-final this Saturday 7th November 2020 at 8:45pm on ITV

11/14/2020 TV & Movies Comments Off on Olly Murs reveals The Voice's 'surreal' technology could mean coaches judge acts on videolink from home in the future
Recent Posts
We and our partners use cookies on this site to improve our service, perform analytics, personalize advertising, measure advertising performance, and remember website preferences.Ok