Throughout TV history, there have been moments where governments have stepped in to try and prevent certain stories from being told. Recently, the United Kingdom’s culture minister tried to make Netflix add a disclaimer to every episode of The Crown to make sure viewers new it was a fictional dramatization of the royal family. (They know.) While that attempt is so far unsuccessful, the British government did once succeed in preventing another show from potentially swaying political beliefs.

Outlander has been churning out its steamy seasons since 2014, but the beloved STARZ series had a delayed release in the U.K. because of former Prime Minister David Cameron.

What is ‘Outlander’ about?

The small screen interpretation of Diana Gabaldon’s Outlander novels premiered on Aug. 9, 2014, in the U.S. For those who may not know, the show is about a woman named Claire Randall, a military nurse who served in World War II. Her husband, Frank, was an officer in the war, which separated them for five years. They take a second honeymoon to Scotland following the end of the war to try and reconnect after years apart.

Claire is then sent on a fantastical adventure when one day, while on a walk by herself through Scotland’s Craigh na dun, she is unexpectedly transported back in time to 1700s Scotland, where she meets—and eventually falls in love with—a Scottish rebel named Jamie Fraser.

The time period Claire finds herself in was during the Scottish uprising, when England had already infiltrated Scotland and was trying to force its way of life onto the clans of the Scottish Highlands. Unfortunately, history has already told us that the Scottish rebellion failed, and the uprising led to the end of the traditional Highland culture as they knew it.

‘Outlander’ premiered while Scotland was voting on its independence

The show was set to premiere during the same time period of the 2014 Scottish independence referendum. A leaked email from the infamous Sony hack revealed that Cameron met with Sony Pictures 10 weeks before Outlander‘s premiere asking for it to be delayed. And his request was seemingly granted.

While American audiences were able to watch the premiere as planned in August 2014, the series didn’t become available for U.K. viewers until 2015 on Amazon Prime. 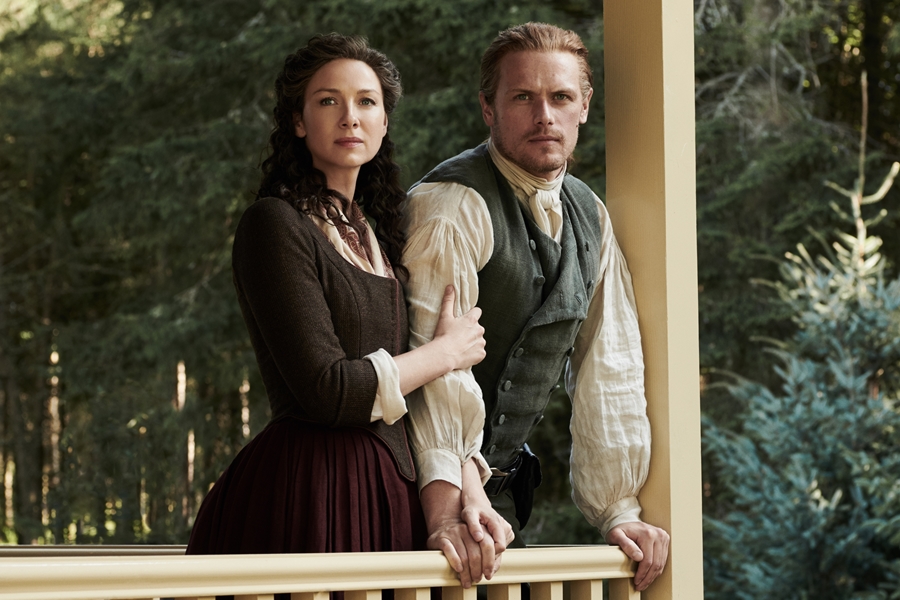 According to The Scotsman, an email sent from Sony vice president Keith Weaver to chief executive Michael Lynton and other colleagues revealed the intentions of the meeting with the former Prime Minister.

“From a SPE [Sony Pictures Entertainment] perspective, your meeting with Prime Minister Cameron on Monday will likely focus on our overall investment in the U.K.,” the email read, “with special emphasis on…the importance of OUTLANDER (i.e. particularly vis-à-vis the political issues in the U.K. as Scotland contemplates detachment this Fall).”

The famous vote took place on Sept. 18, 2014, and the “no’s” won. Scotland remained part of the U.K. But Outlander star Sam Heughan, who is Scottish, supported Scotland’s independence.

“If we vote Yes, I think the rest of the world will admire us. And we can begin building a better Scotland,” he said, according to The Scotsman.

Gabaldon commented on the rumors of the show’s delay at the Edinburgh International Book Festival in August 2014.

“There is a lot of talk and speculation as to why the show hasn’t been sold to the UK yet,” she said. “There is public talk, rumor and speculation, but there is absolutely no evidence on which to speculate. The most common rumor is that they’re holding off until after the referendum on independence, but as far as I know there’s no evidence whatsoever to suggest that’s true.”

01/17/2021 TV & Movies Comments Off on 'Outlander': A Politician Delayed the Show From Premiering
Recent Posts