PIERS Morgan electrocuted Susanna Reid for interrupting him live on Good Morning Britain today, joking the shocking stunt would see him getting fired.

Susanna claimed the jolts were like "torture" as her co-host gleefully administered the pain. 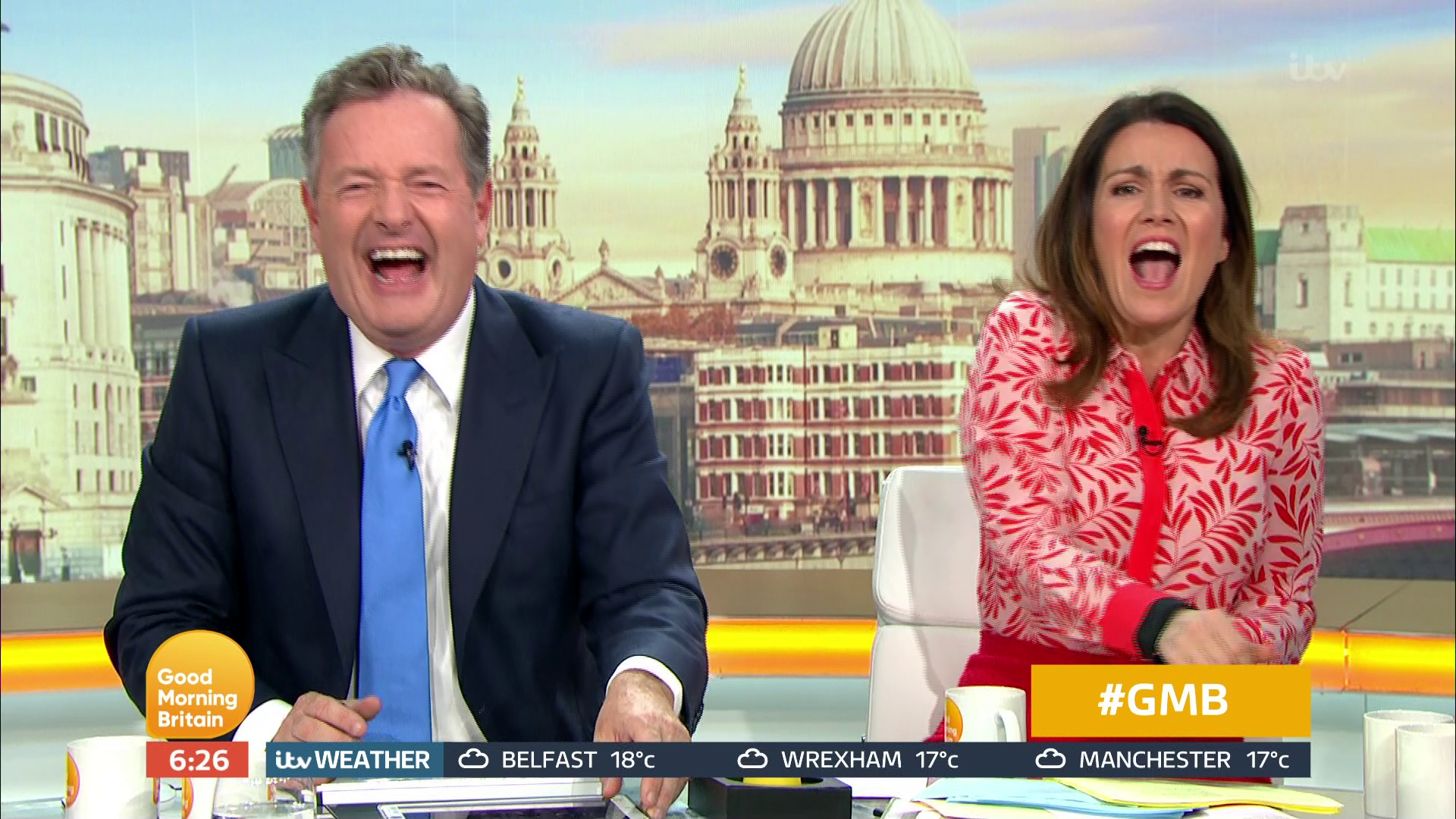 Piers, 54, forced his 48-year-old co-host to put on a new watch that delivers a 350 volt shock to help people curb their "bad behaviour", which the star insisted included "interrupting Piers".

The presenter claimed this was his payback after he screamed in pain when hooked up to a "childbirth simulation machine" on the show last month.

He said: "Put it on, you were laughing when I did the pregnancy, saying about your massive pain threshold."

Susanna resisted, insisting that she didn't want to take part in the segment while Piers called her a "gutless coward". 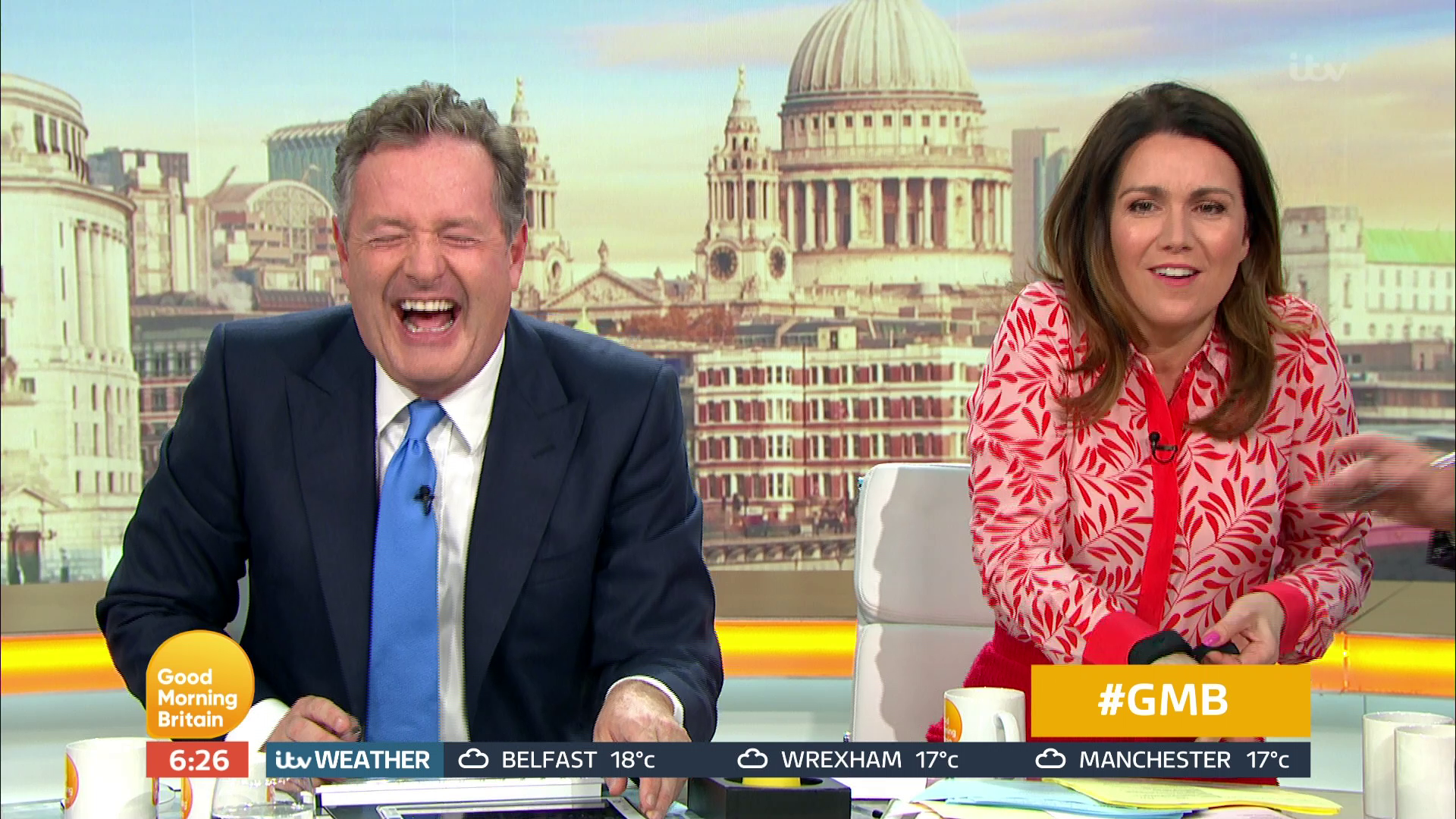 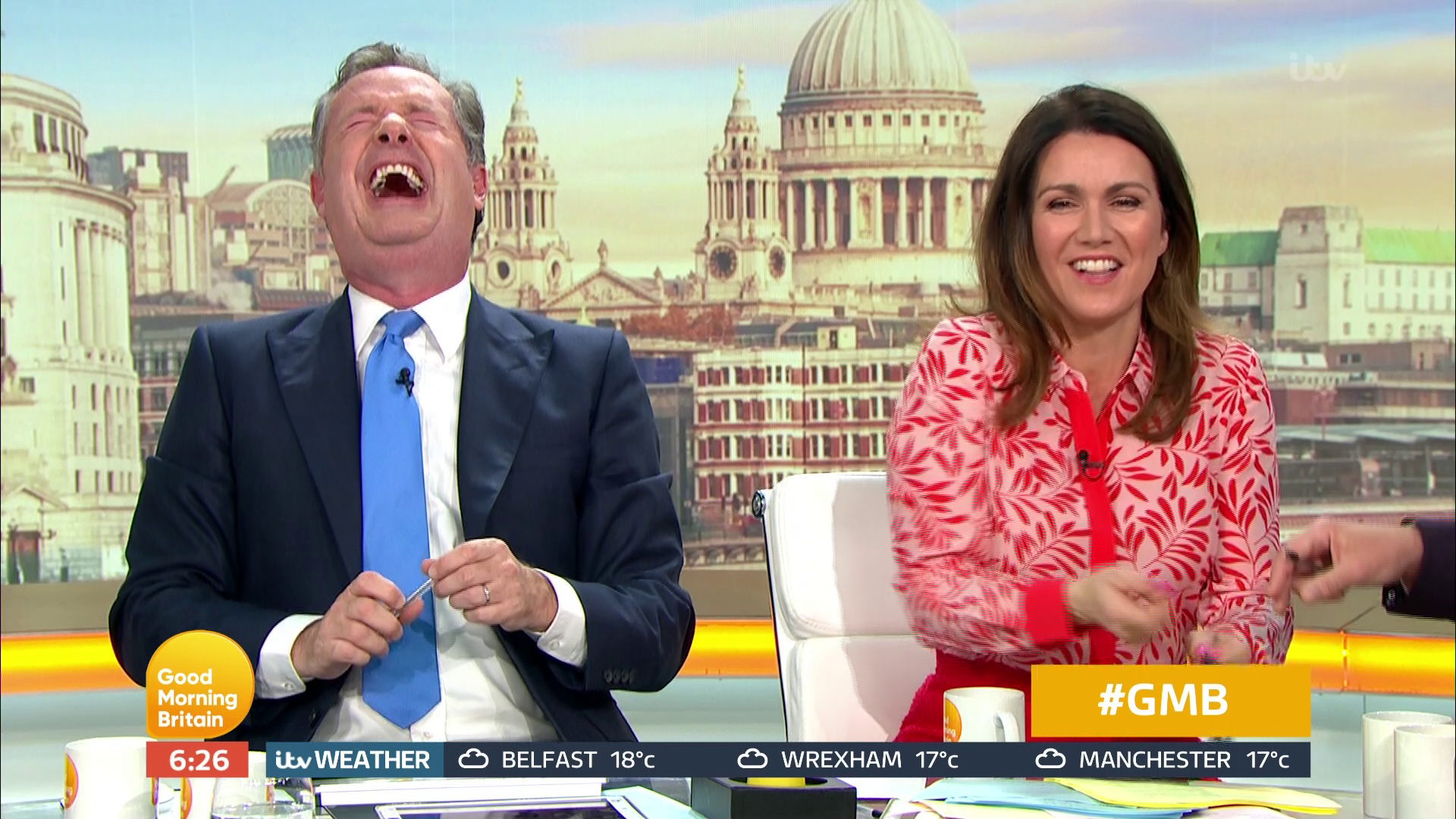 She eventually relented, with Piers getting her to interrupt him so that he could administer a 50 per cent shock, remarking: "This is going to get me fired, but what a way to go."

Susanna grimaced and yelped in pain as she tried to take the watch off, with Piers gleefully claiming: "This is about 1/20th of the pain I had in the pregnancy." 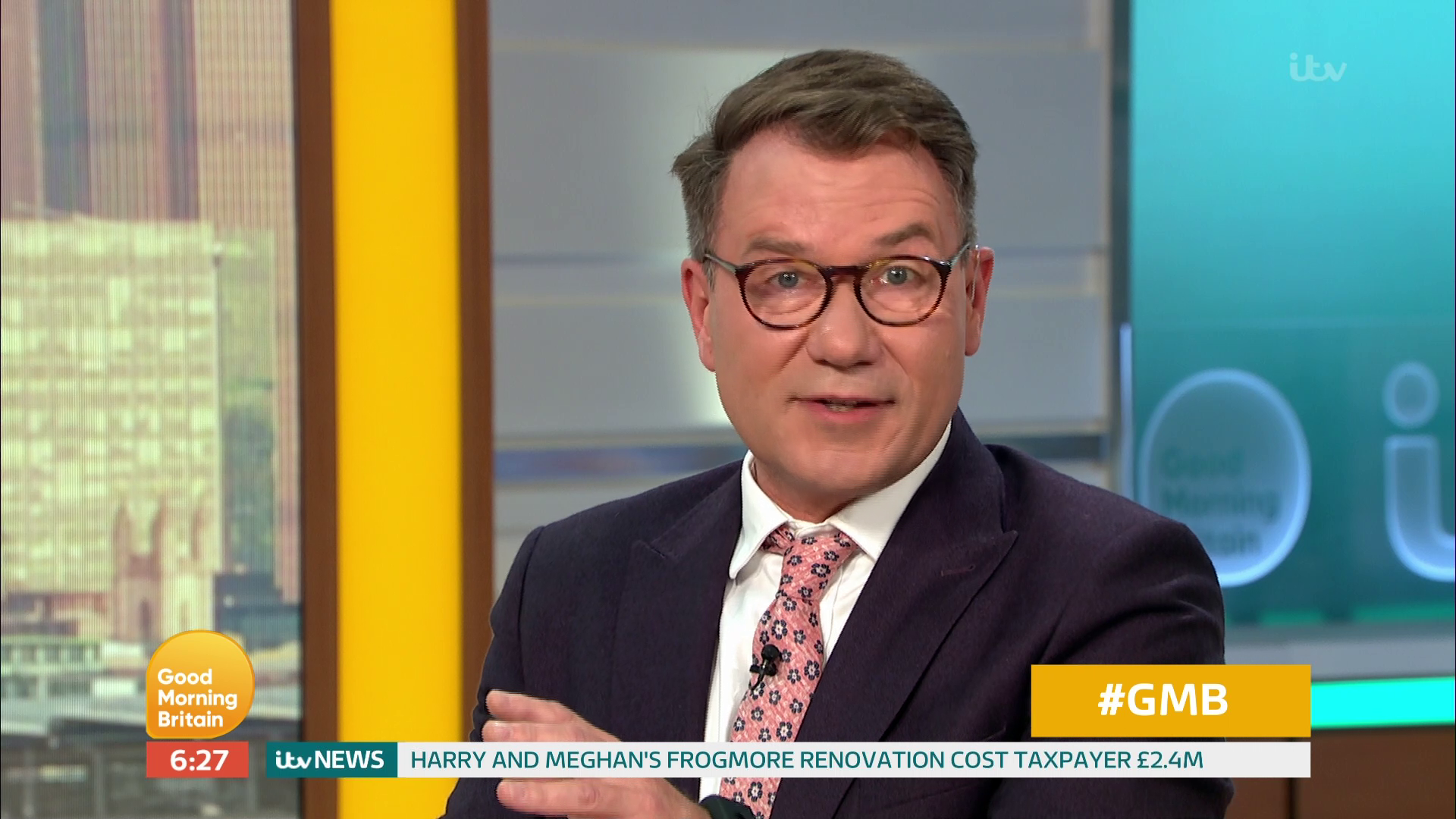 Rolling her eyes, the star replied: "You are talking to a woman as though she hasn't had three pregnancies by the way!"

The programme's showbiz reporter Richard Arnold then had a go at the watch, also jumping as he was shocked but causing laughter as he encouraged Piers to turn the voltage up.

Susanna told viewers at home that the pain was similar to having "lots of wasps on your wrist", going on to compare the electrocution to "live torture". 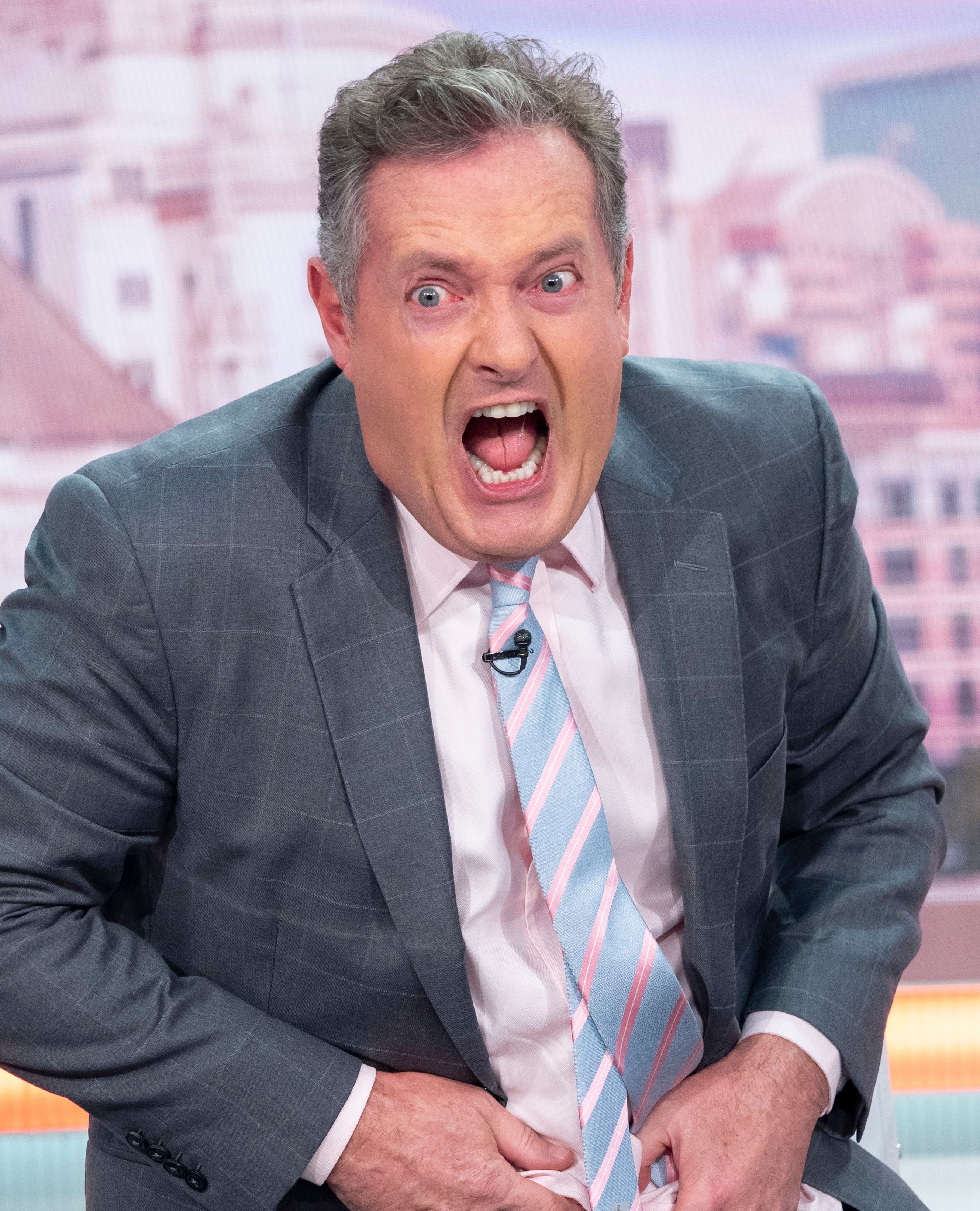 Most Read In TV & Showbiz

Piers was left eating his words in May when he insisted that giving birth couldn't be "that bad".

He was then hooked up to the simulator machine to replicate the feeling of childbirth, with the studio descending into chaos when he jumped off his chair and began screaming "get it off!"

As the pain increased, so did Piers' hilarious facial expressions and he eventually couldn't hold his scream in any longer – much to Susanna and fellow co-host Kate Garraway's amusement.