Piers Morgan was angry BBC Breakfast got the exclusive with Boris Johnson earlier today, believing Good Morning Britain was snubbed by the Prime Minister. However, Johnson did actually make an appearance on the ITV morning show today when he was ambushed by political correspondent Ranvir Singh.

While Johnson spoke to Dan Walker on the BBC, Morgan got a megaphone out and began to shout at the Prime Minister.

Singh let her colleague try to get the attention of the leader and it seemed it actually worked.

When he finished up with Walker, Johnson strolled over to Singh to address the calls.

He said to camera: “Tell Piers I will come on his show as soon as I can. 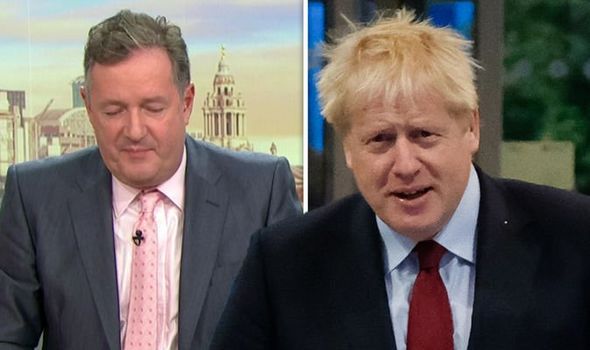 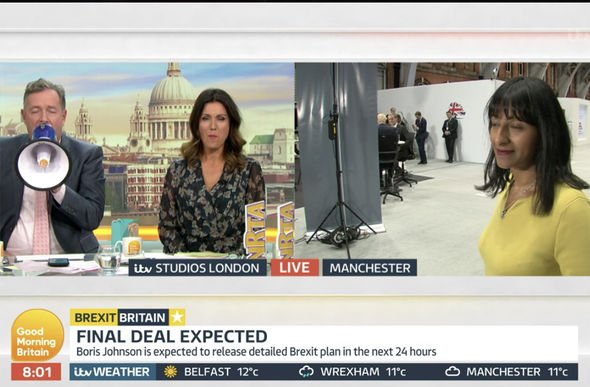 “Good Morning Piers and Susanna, I’m so so sorry, but I’ve got to go on the Today programme.”

Singh insisted he should go on Good Morning Britain as they are his “voters”.

Johnson reiterated: “I am going to come on as soon as I can.”

When asked if he would do an interview within the next two weeks, Johnson agreed: “You bet.” 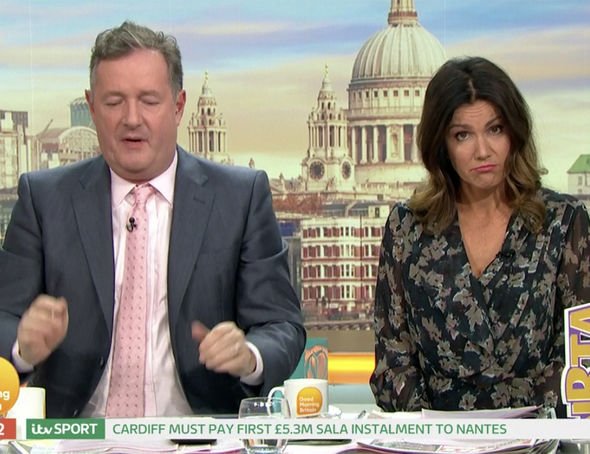 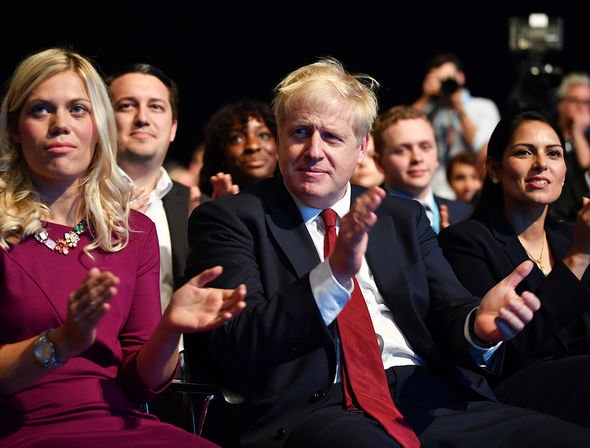 With that, he was whisked off by his aides to go and discuss the latest Brexit matters with the Today programme.

Turning back to camera, Singh insisted: “You know what, he can have a commitment to you and he has now made a verbal contract with our viewers.

“If he breaks our verbal contract that is a stain on the viewers.”

“You have to tell the Prime Minister to stop making promises he can’t make.

“I honestly don’t know how many broken promises I can take from that man.”

Morgan sighed: “He’s ridiculous, honestly. How can I trust him?

“I want to believe he can deliver what he promises but when he doesn’t keep his promises it’s a breach of trust.”

Morgan previously called out Johnson on Twitter, telling his 6.8 million followers: “Are you really doing an interview with BBC Breakfast this morning Prime Minister @BorisJohnson – after all your promises to do @GMB?

“How utterly shameless. And gutless too.”

He proceeded to call out Walker for his “soft” approach on the Prime Minister.

Good Morning Britain airs weekdays on ITV at 6am.

Related posts:
10/01/2019 TV & Movies Comments Off on Piers Morgan slams Boris Johnson after PM makes on-air promise: ‘How can I trust him?’
Recent Posts
We and our partners use cookies on this site to improve our service, perform analytics, personalize advertising, measure advertising performance, and remember website preferences.Ok