EXCLUSIVE: A group of 200 refugees and immigrants, some newly arrived from Afghanistan, attended a special Vatican screening of the discovery+ documentary Francesco Monday night, and later met with Pope Francis himself.

“When the movie finished he was downstairs waiting for them,” Oscar-nominated director Evgeny Afineevsky told Deadline following the screening in the Vatican’s New Synod Hall. “He wanted to meet everybody and greet everybody… He is a human being who cherishes being close to the people, cherishes the moment he can spread love, joy in their lives–not easy lives. And he always remembers that he can be in their place [as a refugee]. He said it many, many times, ‘It can be you or me.’”

Afineevsky’s film, which already is available in the A.M.P.A.S. screening room for Oscar voters across all branches to see, examines the pope’s engagement with the world’s most pressing moral and ethical problems, including immigration and refugees, as well as “climate change… peace and religious tolerance, LGBTQ rights, gender and identity justice, health, and economic equality.” 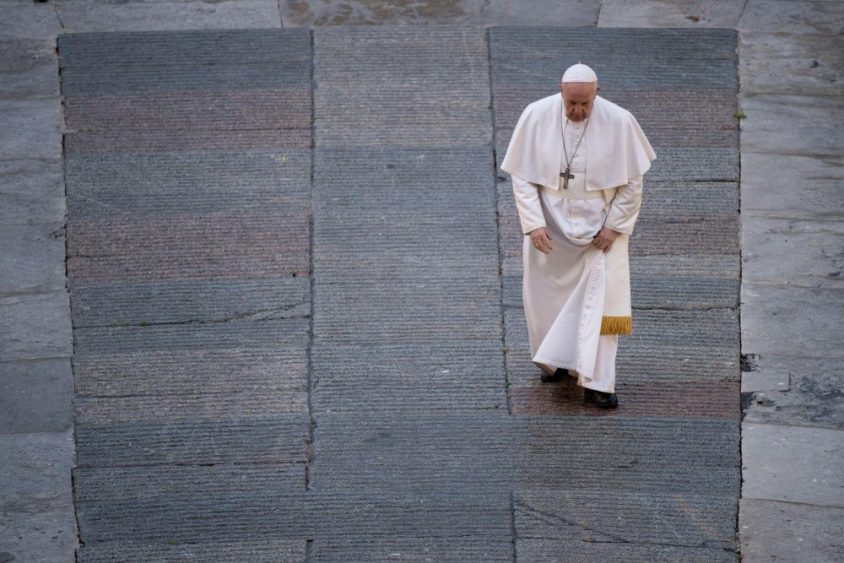 “He’s somebody who is trying to bring light to their plight [as refugees],” Afineevsky emphasized. “He’s trying to bring the spotlight of the media towards them and to show to the world how important it is to help them, integrate them.”

Along with Afghan refugees, the Vatican audience for Francesco included refugees and immigrants from Syria, Iraq, Iran, Pakistan, Bangladesh, Eritrea, Nigeria, Sudan, Mali, and other countries. The screening was hosted by Afineevsky and the Laudato Si’ Foundation, an organization that attempts to “implement concrete solutions to care for our common home and to empower vulnerable people,” a mission inspired by the pope’s Laudato sí encyclical.

The 84-year-old pontiff was born Jorge Mario Bergoglio in Buenos Aires, Argentina to an Italian immigrant father and a mother whose family also had emigrated from Italy. Afineevsky, too, can identify with people who have been uprooted, through whatever circumstance, from their native countries.

“I emigrated from the former Soviet Union to Israel and then came to America. So, for me this subject is close to my heart,” Afineevsky noted. “To see people who just arrived–we had 20 people from Afghanistan that 10 days ago arrived in Italy because Italian teams brought them here–to see their happiness, they came to me afterwards and they were shaking my hand and thanking me. I think that’s the biggest treasure for any filmmaker to feel this kind of feeling.”

Afineevsky’s 2015 film Winter on Fire: Ukraine’s Fight for Freedom, about the Ukrainian Revolution that toppled pro-Russian leader Viktor Yanukovich, earned an Oscar nomination. His 2017 film Cries From Syria documented not only the brutal civil war in Syria but the refugee crisis it triggered.

The screening of Francesco originally was scheduled to take place in July, on the 8th anniversary of the pope’s visit to Lampedusa, the Italian island that became a locus of immigrants and refugees from North Africa and the Middle East desperately trying to make it to the European mainland. The screening was postponed after the pope underwent surgery to remove half of his colon. Afineevsky said he found Pope Francis in fine form Monday.

“I had a meeting with him also separately. He’s doing good,” Afineevsky said, noting the pope is planning to embark on a visit to Hungary and Slovakia next week. “He’s fully recovered, his health is completely back to normal. He’s full of energy–that’s what I saw in our meeting… He’s ready to continue his important mission and he’s preparing for his international trip.” 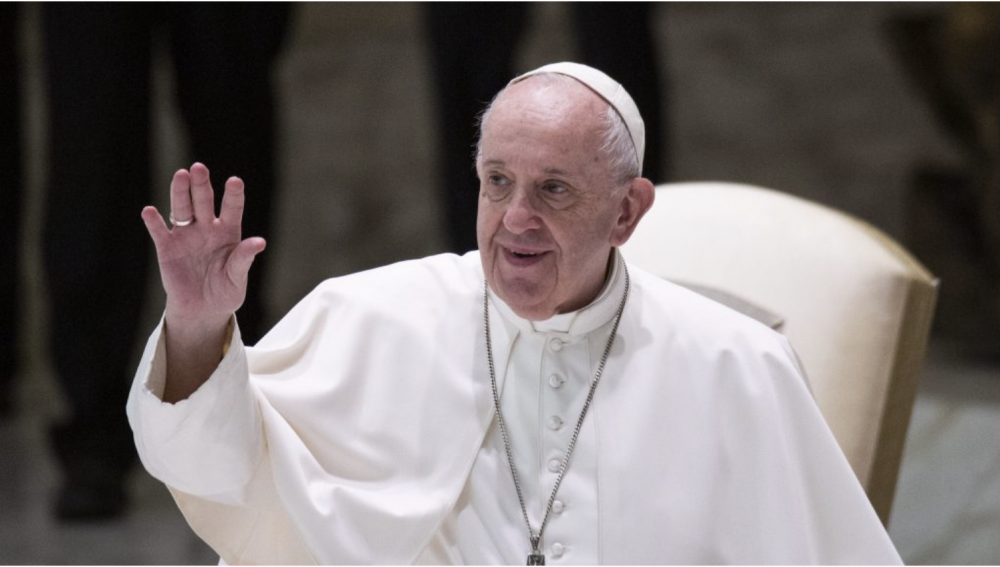 Had the screening taken place in July, it would have occurred before the Taliban’s takeover of Afghanistan that set off a mass exodus from the country. Afineevsky sees the change of date as providential.

“Right now, the plight of refugees, and specifically the plight of Afghan immigrants and Afghan people is more important than ever,” the director said. “And I think [Monday night’s] event brings importance to their plight. It’s like hand of God, who moved it from July until September… Today, the Afghani people need, more than anything, attention and through this event I think we are bringing this attention.”

Francesco premiered last fall at the Rome Film Festival, and went on to win Italy’s Kinéo Movie for Humanity Award. The film is currently streaming on the discovery+ platform.