Dorinda Medley from The Real Housewives of New York City apologized to Tinsley Mortimer, but is her apology accepted? 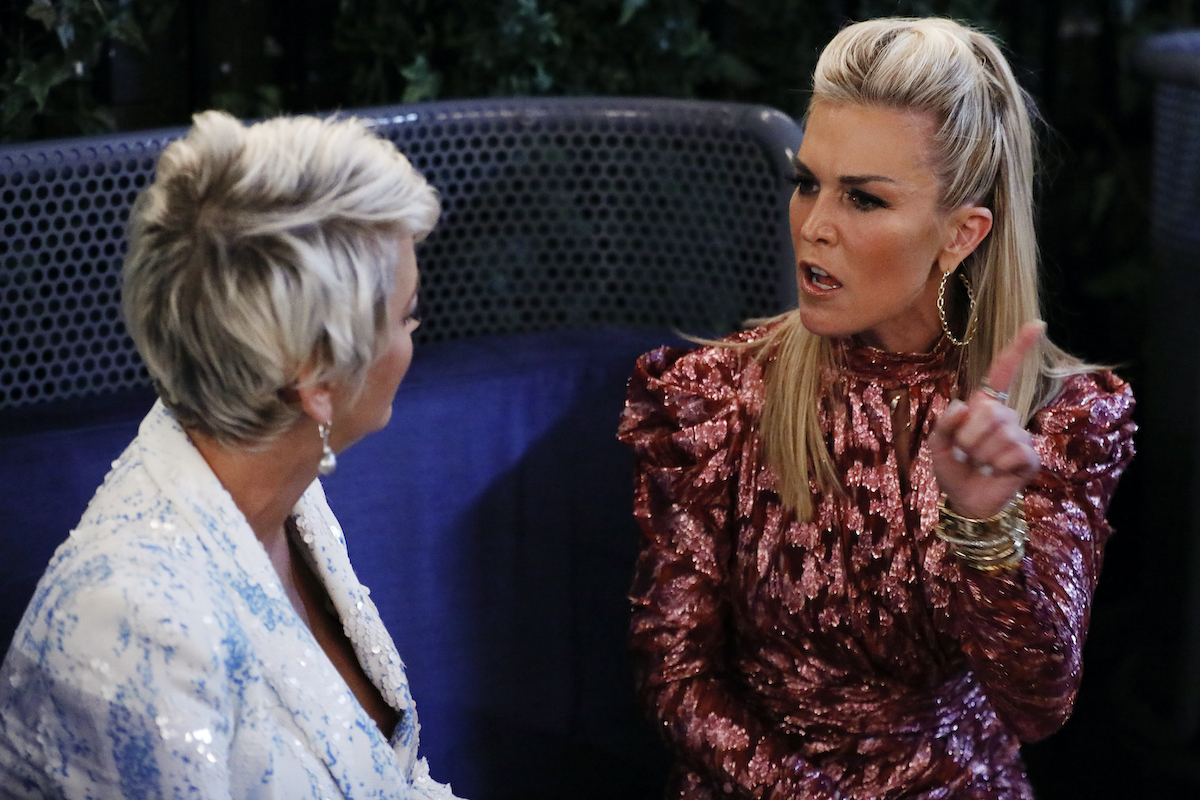 “It’s way too little, too late,” Mortimer said after Medley apologized during the second hour of the reunion. Ramona Singer pointed out that Medley is apologizing. “You know what, you’re the great apologizer,” Mortimer said to Singer. “I don’t care, I don’t need an apology. I honestly don’t.”

Host Andy Cohen shared a viewer’s remark that good friends don’t bully you while other friends standby silently watching. Medley attacked Mortimer on a number of occasions for not being truthful about her life. Most of the other cast members, except Leah McSweeney, didn’t seem to completely disagree with Medley but weren’t as brutal with their criticism either.

“I felt that Dorinda was hurting and she felt taken advantage of,” Sonja Morgan said holding up her hand. “And Tinsley played victim with me. And I just sucked it up and said I’m not gonna look like the bad guy.”

Mortimer tried to speak over Morgan’s comments and refuted everything she said. “I love Dorinda to this day, but when she gets on a roll, she’s angry, there’s no stopping her,” Singer asserted. “It’s like a tsunami [she said botching the word]. It’s worse than an avalanche.”

On September 10, the gloves (and the masks) come off for the unprecedented and explosive #RHONY Reunion!

“But with you it’s different,” Medley insisted, gesturing to Singer. “Tinsley, here’s the thing …” But Mortimer wasn’t playing any longer and kept parroting, “here’s the thing” back to Medley.

Is Dorinda Medley sorry for the season or the turkey baster comment?

“Tinsley would live in a hotel from September to December,” Medley continued. “And then she’d leave.” Cohen reminded Medley she was “so mean” to Mortimer this season. Medley agreed. “I know and I apologized,” she said.

But that’s when Mortimer said Medley actually didn’t apologize. “And I actually don’t even want your apology, to be honest,” Mortimer said. Cohen asked Medley if she did indeed apologize and Medley said she did.

She made it nice, and now she's moving on. Link in bio for Dorinda's goodbye to #RHONY 🍎

Cohen reminded Medley she said she was sorry for the turkey baster remark. When Mortimer announced she was engaged and moving to Chicago, Medley’s response was now Mortimer could use a turkey baster and get pregnant.

Medley apologizes to Mortimer but it is a little too late

“I was going through a terrible time and I’m sorry Tinsley,” Medley said smiling and looking over at Singer. Meanwhile, Mortimer talked over Medley’s comment. “I hope you live well, do well and be happy,” Medley added.

“I should be able to speak,” Mortimer said. “I’m leaving, girls … I’m not gonna be around again. So let me have this little moment to talk for one damn second.” Medley continued to talk over Mortimer.