“Just Like Old Times,” a fan favorite from singer-songwriter Todd Snider’s critically acclaimed 2006 album The Devil You Know, is not the most likely Hollywood source material.

Directed by Justin Corsbie, the film, which is distributed by Roadside Attractions (Manchester By the Sea, The Peanut Butter Falcon) will be released in theaters on October 15th.

“I lived that song and the movie recaptures it, and then some,” Snider tells Rolling Stone. 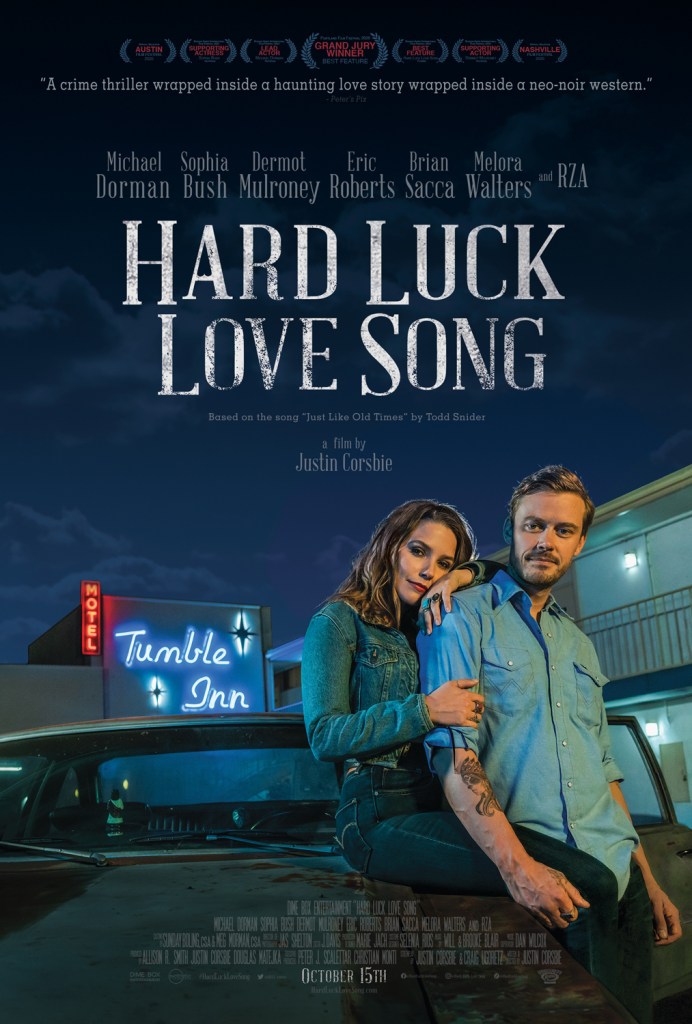 The trailer, which features Dorman as a down-and-out troubadour reuniting with a former flame (Sophia Bush) — and teases RZA, Mulroney, and the rest of the cast — includes a snippet of Snider’s 1998 ballad “Can’t Complain.”

Snider also briefly discussed the forthcoming film during a 2019 interview with Rolling Stone. “Somebody just made a movie about [“Just Like Old Times”],” said the 54-year-old singer-songwriter. “I don’t know if I get anything [for the film]. I probably do.”

Hard Luck Love Song will be released in theaters this fall.