On Thursday, Alex Jones and Roman Kemp were back to present The One Show, along with Matt Allwright, who gave the latest Watchdog warnings. However, things took a turn when the BBC hosts spoke with England footballer Jill Scott and Gabby Logan via video link.

The interview came after England beat Norway in the Euros, putting them through to the quarter-finals.

Much to the Capital Radio host’s horror, the mid-fielder admitted she thought it would be Ronan Keating presenting the show instead.

This led Roman to jump out of his seat and he threatened to walk off.

Jill’s comment came after Alex asked the footballer how they celebrated their victory. 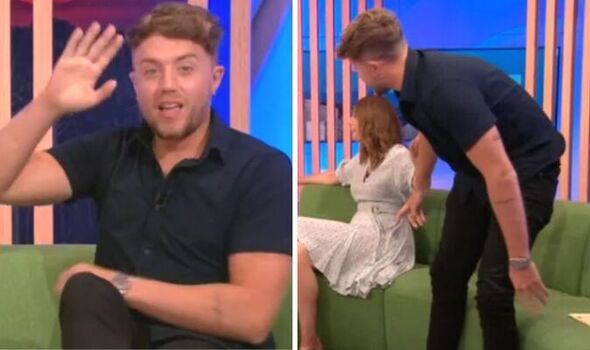 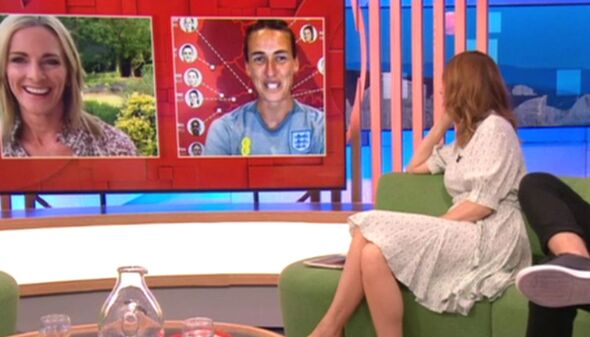 “Apparently, you played a bit of Abba to celebrate?” the host asked before Jill joked: “We can’t talk about that.

“No, we always like to have a bit of music after the game as I think it is important you celebrate those small wins along the way.

“I was a bit gutted because I am a massive Boyzone fan, so I wanted to play some of their music but the girls said it wasn’t uptempo enough.”

Taking aim at Roman, she continued: “And I have to be honest, they said I was getting interviewed by RK today, and I was hoping it was Ronan Keating.” 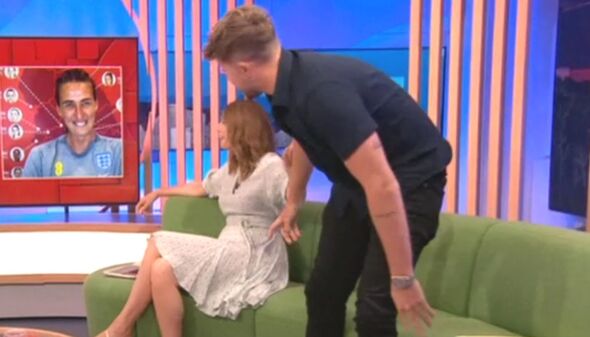 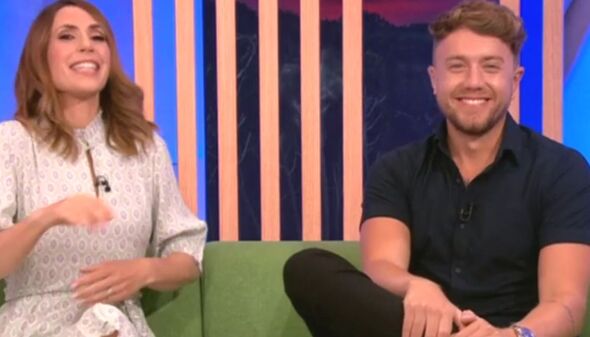 “So, I am sorry Roman,” Jill apologised before the host weaved goodbye to viewers and jumped out of his seat.

“See you later,” Roman joked before adding: “Should I stay?”

“We will have to get you back on, Jill,” Alex chipped in. “Roman would be chuffed.”

Despite the awkward moment, Roman continued with the interview, although admitted to “dying inside” when it came to an end.

Discussing England’s future matches, Gabby told Alex she would love to see the team play against Germany in the final.

“That’s the one I am praying for,” she admitted. “But, it’s sport we don’t write the scripts, anything can happen.”

“Please, please do,” Roman pleaded as he joked: “And if you do, I’ll make sure it’s Ronan here next time.

“Otherwise, I’ll be in the training ground singing Life is a Rollercoaster just for you lot.”

Referencing Jill’s cheeky swipe, Alex laughed: “I love that she was so honest about it.”

“I know,” Roman said in disappointment before adding: “I am dying inside.”

The One Show airs weekdays at 7pm on BBC One.