Amanza Smith from Netflix’s Selling Sunset says she was disappointed that Christine Quinn acted like she had insider information about Chrishell Stause and Justin Hartley’s split. 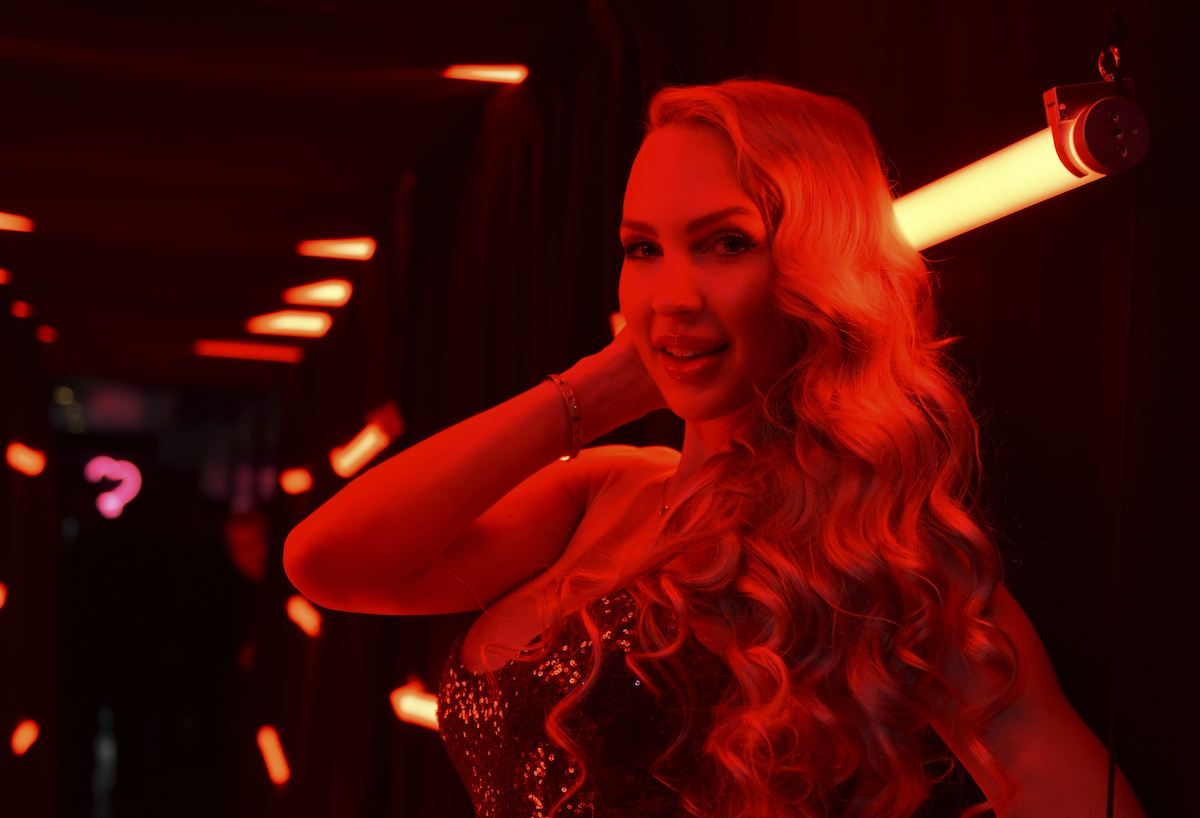 “Nobody knew,” Smith said about the breakup on the Behind the Velvet Rope with David Yontef podcast. “And you know, I’m a little bit disappointed because I read an interview by one of our other castmates recently and it sounded as if she really knew anything about that relationship.”

“And I have to tell you, that’s absolutely false,” she continued. “Nobody in the office knew. Nobody knew if they went to therapy. None of that was ever even discussed. We knew nothing. So if anybody says otherwise they’re just talking out of their butt.”

Smith confirmed it was Quinn who spoke to the media. “Yeah, it was Christine,” Smith said. “And she said it, I don’t know what publication, but I remember I read it. And I’m like, we didn’t know that. Nobody knew that.”

“And if Chrishell were to tell anyone in the office about her marital therapy or whatever, which she didn’t, it 100% wouldn’t have been Christine and I like Christine, but I was really disappointed to see that. Cause we didn’t know crap about it.”

Soooo close guys!!! Also wanna know a secret??? Scroll to the second pic! Those aren’t my feet! 🤣🤣🤣🤣🤣🤣🤣🤣🤣🤣🤣🤣🤣🤣🤣🤣🤣🤣🤣🤣😂 The shoes I wore that day were way too clunky and also had a name brand tag attached (off-whites) so they had to edit! BUT if you know me you know I have quite a set of big toes so… YOU’RE WELCOME for today’s fun fact and humor!! Don’t forget to be watching AUG. 7 only on @netflix #sellingsunset #netflix #amanza #offwhite

Quinn told Page Six she knew the couple went to therapy before they split. “We all just thought maybe they were having communication problems for a while,” she said. “We heard that they were in therapy, so obviously there were some issues going on with them.” Quinn added that she didn’t know why the couple went their separate ways.

Stause reacted to the interview on Twitter. “I just learned Christine is giving press ‘information’ about my divorce. Let me be VERY clear. She knows absolutely nothing about the situation and is obviously desperate to gain attention by doing so. Anything from her is either a complete lie or total conjecture on her part.”

Smith was ‘in tears’ over the split

Smith didn’t know Hartley personally but had met him “a handful of times” with Stause. “He seemed like the nicest guy,” she said.

“I was in tears,” she admitted when she learned that the couple separated. “Like we were all like, just crazy because the night before she found out, we had just done, she had done a charity event and she hosted this really beautiful charity event.”

“And he had donated something for the silent auction and she got up and she gave this amazing speech and she thanked her husband and doted over him,” Smith continued. “He wasn’t there, but she was speaking so highly of the man. We were just always like, ‘Oh my God, they’re so cute.’ Like they’re just goals.”