Serengeti returns to BBC One tonight with the third instalment of the fictionalised documentary.

Ahead of the episode airing, Express.co.uk spoke to director and producer John Downer about creating the show and whether or not he and his team faced any mishaps while filming with wild animals.

The footage was shot across a year by an extremely skilled team of cameramen, with their collective experience expanding over 100 years.

Between the three of them, they accumulated over 3,000 hours of footage of the Serengeti ecosystem, and on one or two occasions they found themselves in the middle of a stampede as well as fighting animals for their equipment back.

“Lions were regularly seen hunting around us and several times the crew had to run away when an elephant crashed out of the surrounding bushes,” John explained.

“Once I was walking the path alone and I heard the sound of thundering hooves coming straight for me. Before I knew it, a herd of wildebeest parted in front of me, with a hyena in hot pursuit on their heels.

“One occupational hazard was retrieving the remote cameras. Hyenas would often walk off with them leaving little clue where they could be found.

“The hyenas’ favourite pastime was dropping them in pools of water. But every camera had to be found – you never knew what precious shots could be on them.”

As for the equipment they used to capture the footage, producer Phil Dalton explained: “There’s no better time to make wildlife films than now, the technology is just incredible.

“We use these very big expensive camera gimbal systems, we attached them to the side of the vehicle with special mounts, they have an amazing lens’in them.

Read More: Serengeti: Why BBC drama is so important to save endangered animals 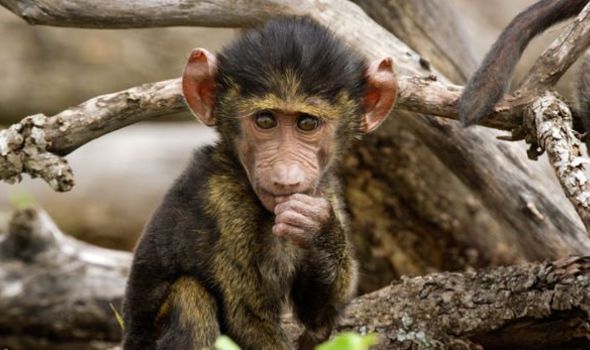 Phil also revealed the use of “boulder cams” which are “a radio controlled camera system in a boulder that was lion proof which worked really well on the programme”.

“That’s a really good tool because what that does is remotely get that out of the vehicle into the heart of where the animals are, they very quickly habituate with it,” he said.

“It becomes part of the landscape and that gives you the close proximity, wide angle closeups that are usually very difficult to get.

“We had other little rock cams which we put out to record, five days to a week, triggered by the animals, a lot of hyena shots we got with those.” 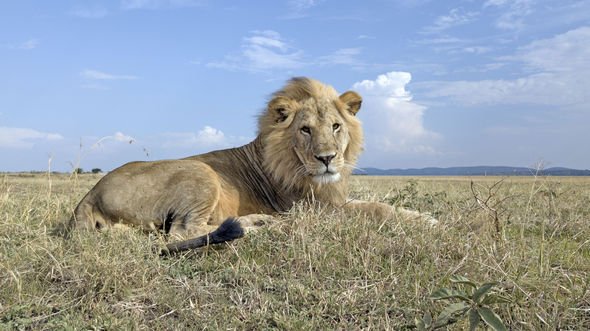 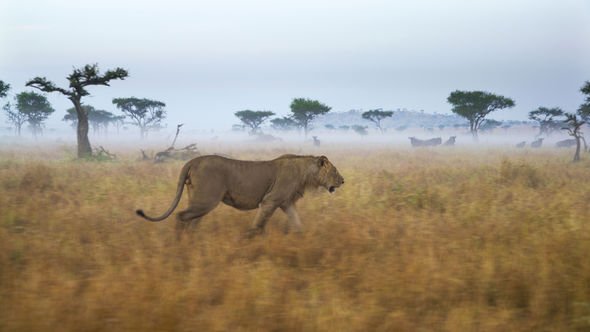 Tonight, viewers are going to tune in to see the animal families in the Serengeti anticipate the annual great migration.

With the land getting hotter, hunger is rife as food becomes ever more scarce for predators.

Meanwhile, Kali the lioness and her sister are entrusting the safety of their cubs to their new male babysitter, Sefu.

Bakari the baboon will attempt ti criss a river to collect food, but for his new female Cheka, it will end in tragedy.

Serengeti returns to BBC One tonight at 8pm.