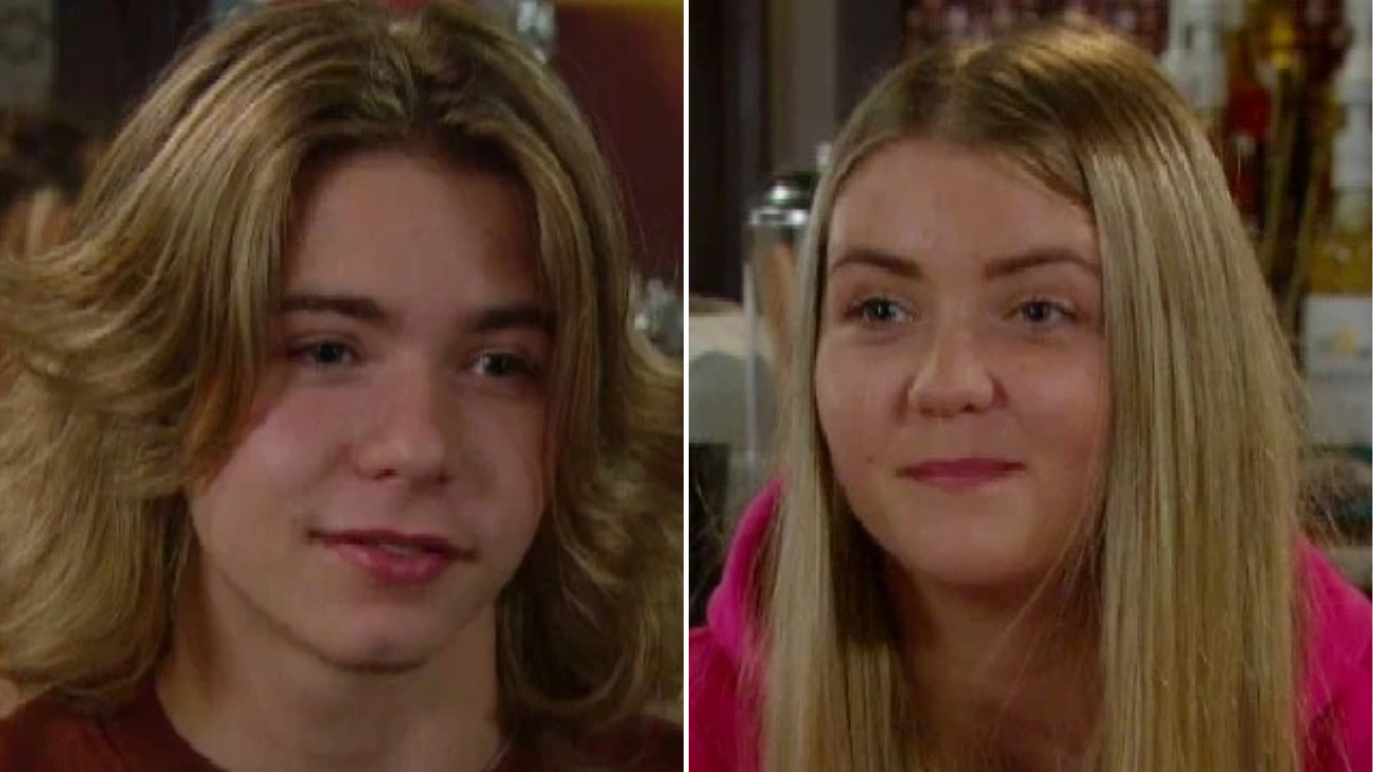 We know that Emmerdale has a huge storyline coming up for Cathy Hope (Gabrielle Dowling) in 2023 after producer Jane Hudson told us recently, ‘There is a big storyline for Cathy, Bob (Tony Audenshaw)’s daughter, that’s really emotional too – it’s her first big storyline and it’s a challenging one and I think it’s one a lot of parents will connect with. It’s one I haven’t seen a soap do before either.’

This got fans speculating about whether it could be some sort of baby swap story involving Cathy and her twin brother Heath (Sebastian Dowling), but from hints in tonight’s episode it looked like the storyline might turn out to be one about Cathy’s mental health.

It was the day of the carol concert, but throughout the day Cathy was moody and irritable, especially with her dad, Bob. ‘It’s like I’m in the Sound of Music and she’s in the Exorcist’ he commented.

All through the carol concert Cathy was standing next to her friend April (Amelia Flanagan) looking glum and uneasy. At one point she turned to Arthur (Alfie Clarke) and told him, ‘I’m freaking out. I can’t sing.’ Arthur was reassuring, but Cathy continued to look uncomfortable fr the rest of the concert.

Later on, she confided in Heath. He observed that she’s been more irritable with him than normal. She told him, ‘It’s like this thing comes down and I hate everything and I’m scared. And then it’s gone.’

At that point Bob and Wendy (Susan Cookson) came in and Cathy immediately stiffened when she saw her dad. Heath said Bob was giving her a ‘could do better look.’ Bob responded by telling his daughter, ‘You’ll never make the west end if you don’t try.’

Cathy said he hated her and thought she was useless. ‘You all do.’ She told her dad he never listened to her. ‘You think you’re great but you’re not. You’re pathetic.’

She stormed out and Bob remarked, ‘My fear is that she’s turning into her mother. She was like a tempest.’ Heath replied that it wasn’t Cathy who was at fault, it was Bob, and followed his sister outside.

Wendy told Bob that from what she’d heard, the twins’ mother Viv (Deena Payne) would have lai her life down for her children and asked Bob how many kids he had that he didn’t even see. ‘Blaming their mother – that’s not going to help Cathy,’ she said.

But what will help Cathy? And what’s going on with her?

12/22/2022 TV & Movies Comments Off on Spoilers: Cathy in Emmerdale opens up to Heath about her mental health
Recent Posts