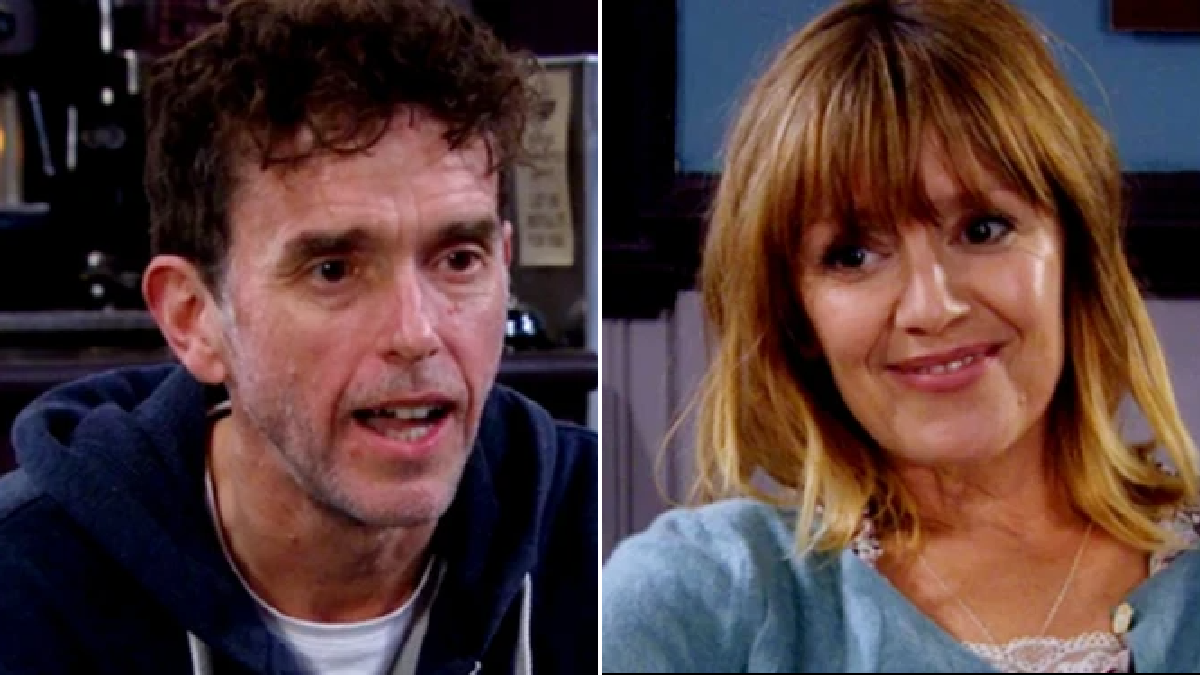 Marlon Dingle (Mark Charnock) is well known for going about things in a haphazard, chaotic way in Emmerdale, and tonight was no different.

The popular character has faced so much stress in recent weeks.

Marlon unleashed his anger towards Bob (Tony Audenshaw) a few weeks ago, who was failing to consider April’s (Amelia Flanagan) feelings over Cathy (Gabrielle Dowling) trolling her.

As if April’s ordeal wasn’t enough, Marlon has also faced countless problems while working in the struggling Woolpack pub.

From Matty (Ash Palmisciano) burning his hands to acknowledging the pub is barely surviving, Marlon definitely could do with a few weeks of positivity and…*breathes*…calm.

Tonight, he could just about see brighter times on the horizon in the form of progressing his relationship with Rhona (Zoe Henry).

Realising how much love he has for her, Marlon attempted to propose to Rhona…but it didn’t exactly go his way.

Initially, in the café, Rhona thought Marlon was joking, leaving him embarrassed.

In the pub, he tried again!

Jokingly creating a distraction, Marlon got down on one knee, leaving Rhona stunned again.

Is there a wedding on the way for Marlon and Rhona?

11/03/2021 TV & Movies Comments Off on Spoilers: Rhona shocked as Marlon proposes in Emmerdale – but will she say yes?
Recent Posts