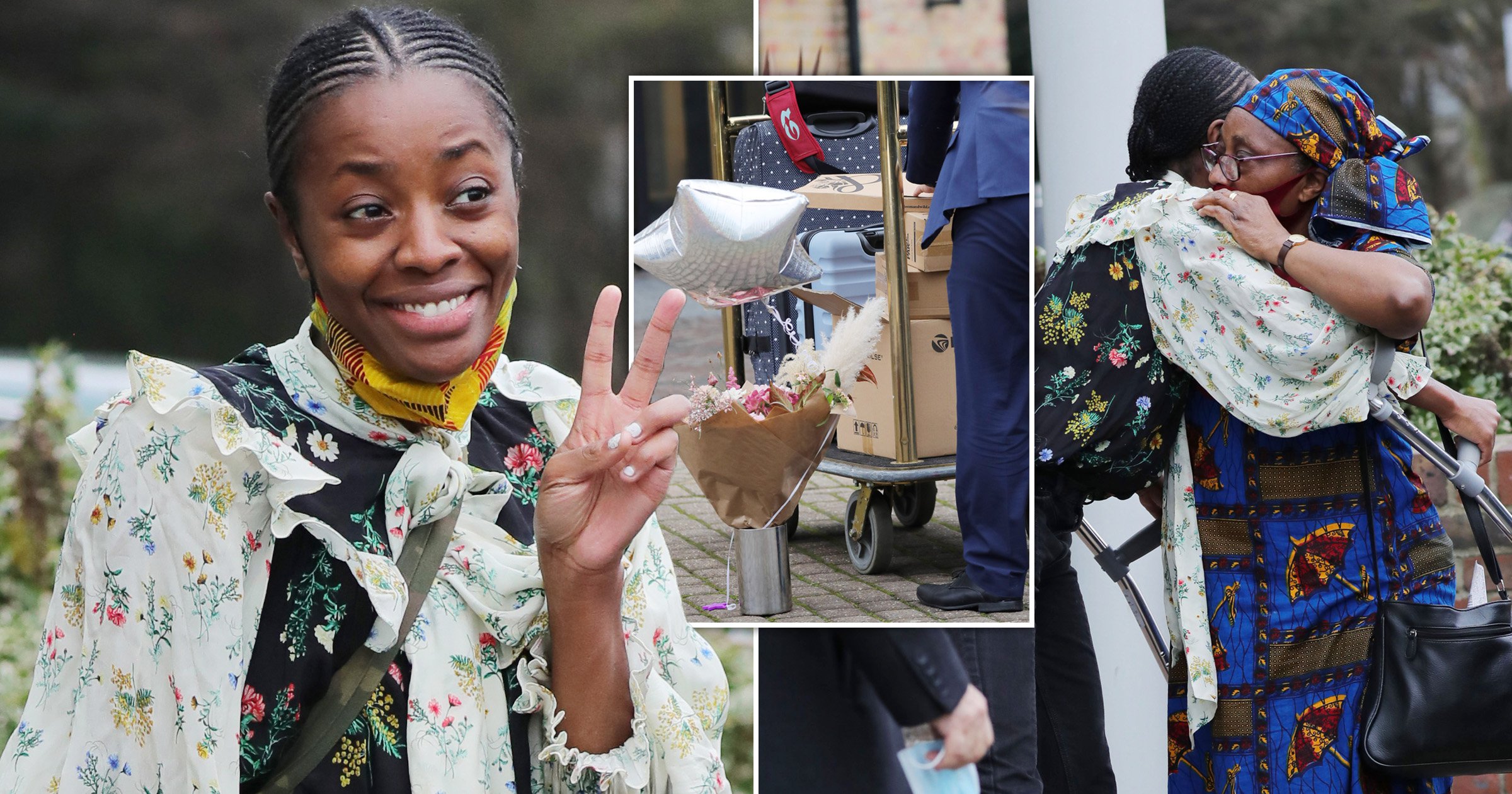 Strictly Come Dancing star AJ Odudu still managed a smile as she left the hotel for the last time after having to exit the competition due to a crushing injury.

The presenter had an incredible run on the show with her partner Kai Widdrington, before revealing this week that she’d ruptured a ligament, and was unable to stand up, let alone dance.

Heading out of the hotel with her mum Florence in tow, AJ used her crutches to reach the car, with her leg in a walking boot following the injury.

The 33-year-old still posed for the cameras, giving everyone a peace sign, before getting into the waiting car.

It seems she’s been rightfully spoiled and looked after following the disappointment, with a hotel staff member following her out with a trolley full of presents, balloons, and flowers.

Here’s hoping she rests up!

AJ was due to compete in the final alongside John Whaite and Rose Ayling-Ellis, with the show now only featuring the two stars.

The presenter was in floods of tears when she recently spoke out about her injury.

She told Rylan Clark-Neal on It Takes Two: ‘My ankle’s given way and my ligament has ruptured and it’s just not gonna happen. We’re gutted because we were ready to smash it.

‘This isn’t the way that we wanted to go out, obviously, but even just looking back at all of those moments, it’s just been an absolute pleasure dancing with Kai every single week, so thank you.’

The BBC had previously said in a statement: ‘Sadly due to injury AJ and Kai have had to withdraw from #Strictly and won’t compete in tomorrow’s final.

‘We want to thank them for 13 incredible weeks on the show and the pure joy they brought to the dance floor every week.’

AJ told fans: ‘Learning to dance over the last 13 weeks has been an incredible honour and to do it alongside someone as special, patient and devoted as Kai is something I’ll treasure forever.

‘Thank you to the Strictly family for the experience, the medical team for trying to get me back on my feet and mostly, to everyone at home for watching and supporting.

‘You’ve made this experience one to remember. Strictly Come Dancing has been a lifelong dream and I’m glad it came true. Good luck to my partners in dance, John & Johannes and Rose and Giovanni. I will be cheering you on (on one leg!).’

The Strictly Come Dancing final airs tonight at 7:10pm on BBC One.