Strictly Come Dancing fans saw Tess Daly and Claudia Winkleman introduced tonight’s show shortly after Boris Johnson had announced the country would be entering into a second lockdown from next Thursday. With the hosting duo determined to keep spirits across the country high, Tess had to remind viewers of the news tonight’s programme would not be a Halloween special as they may have been used to in the past, leaving some of those watching at home disappointed by the change. 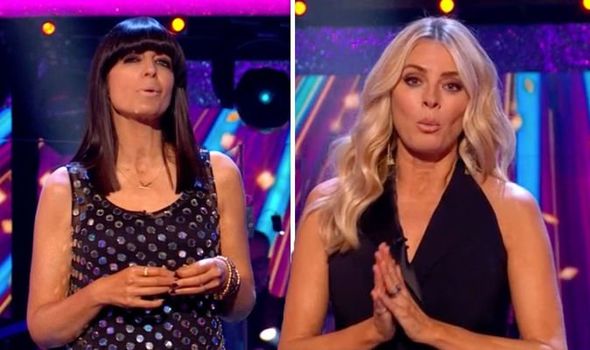 With the competition already hotting up, fans of the show are beginning to speculate as to who will take home the coveted Glitterball Trophy.

Last weekend, it was HRVY and Maisie Smith who found themselves at the top of the leaderboard.

After HRVY’s sensational Jive saw him only just miss out on 10 points from judge Motsi Mabuse, the star is now the bookmakers favourite to win the competition.

“HRVY was a 5/1 chance before the show’s opening night but punters are backing him to go all the way. He is now the 7/4 favourite to lift the Glitterball Trophy this winter,” said Coral’s Harry Aitkenhead.

10/31/2020 TV & Movies Comments Off on Strictly fans fume as show missing important element ‘Why couldn’t they do it?’
Recent Posts
We and our partners use cookies on this site to improve our service, perform analytics, personalize advertising, measure advertising performance, and remember website preferences.Ok