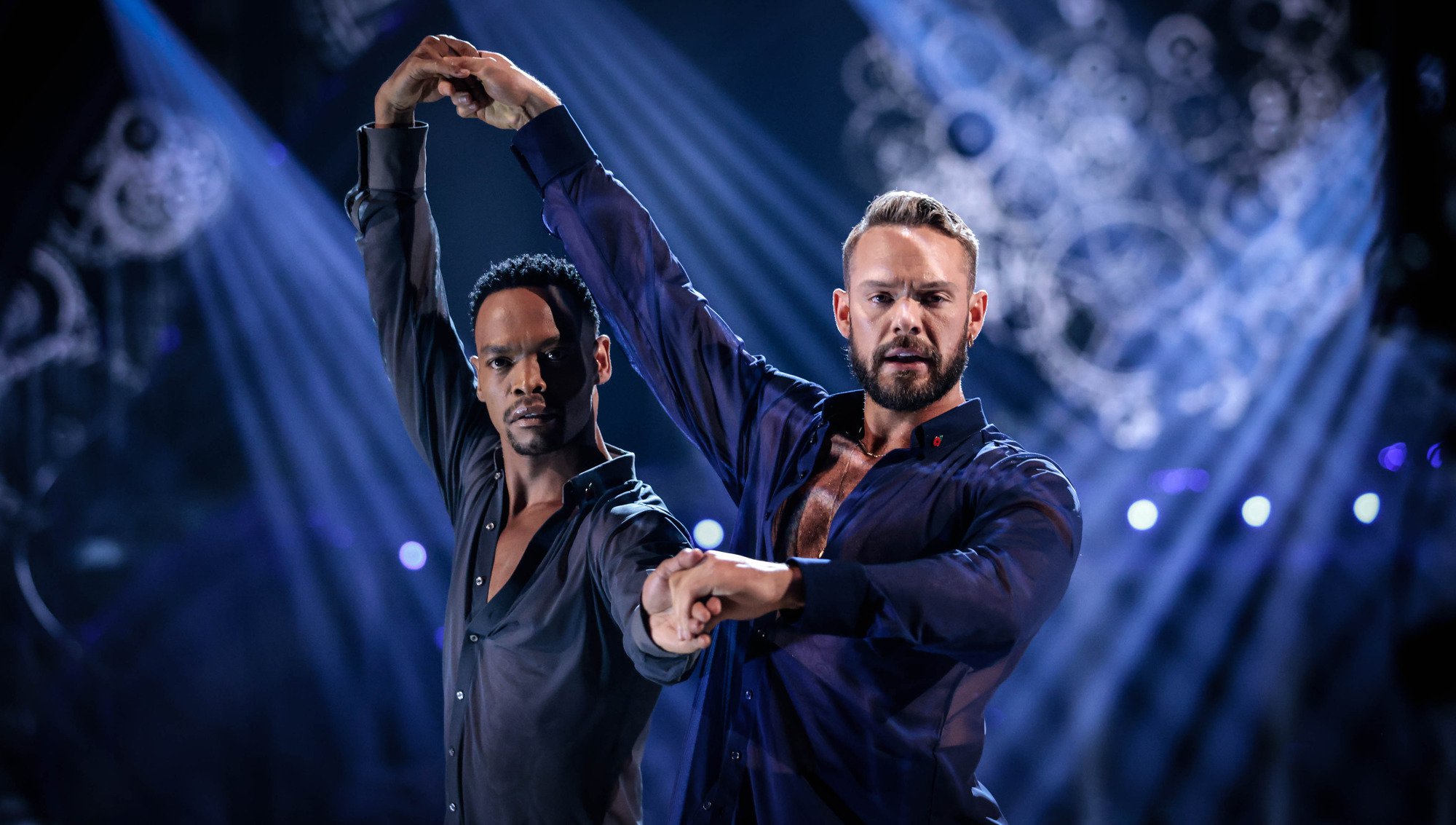 Strictly Come Dancing 2021 finalist Johannes Radebe has revealed the impact his partnership with John Whaite has had on his own family, sharing that his relationship with his mum has ‘improved’.

On Saturday night, Johannes and John are set to go up against Rose Ayling-Ellis and Giovanni Pernice in a bid to win the Glitterball Trophy.

AJ Odudu was forced to withdraw from the competition with her partner Kai Widdrington after a torn ligament in her foot meant she couldn’t walk without crutches, expressing her devastation over the turn of events.

While speaking at a press conference ahead of the final with It Takes Two presenter Rylan Clark, Johannes and John opened up about the positive influence they’ve had on viewers.

Admitting that he ‘prayed’ to be partnered with John when The Great British Bake Off star was first announced as a contestant, Johannes recalled there being an ‘awkward silence’ when he first told his mum he was going to be competing in a same-sex partnership.

‘My mum’s relationship with me has improved, and that has improved because of this partnership,’ he said.

‘For that, I’ve won. I’ve won because my mum follows my journey with John religiously, which is something that hasn’t happened in I don’t know how long. If anything, that for me is the biggest takeaway from this partnership.’

The professional dancer continued, explaining that she appeared less than enthused when he first told her that he was going to be dancing with a man on the show.

‘Like everybody else, she also waited to see how it was going to play out, because she’s such a traditionalist. I remember our first Tango, she called me and she was like: “That was brilliant.” It has been special.’

John praised his partnership with Johannes for ‘normalising humanity’, saying that numerous people have messaged him ‘saying their kids can grow up in a world where two men or two women can dance together’, which ‘is mega’.

‘Older members of the LGBTQ+ community have been so grateful that they’ve paved the way for this to happen,’ he said.

‘Kids can now grow without being ashamed. My friend who’s a teacher actually messaged me this morning saying that two of the kids in the playground this week were kissing, two lads, and no one batted an eyelid, it was normal.

‘It’s just normalised humanity. It’s just saying to the world how great the diverse spectrum of humanity is and that’s what it’s about for us.’

The Strictly Come Dancing final airs tonight at 7pm on BBC One.