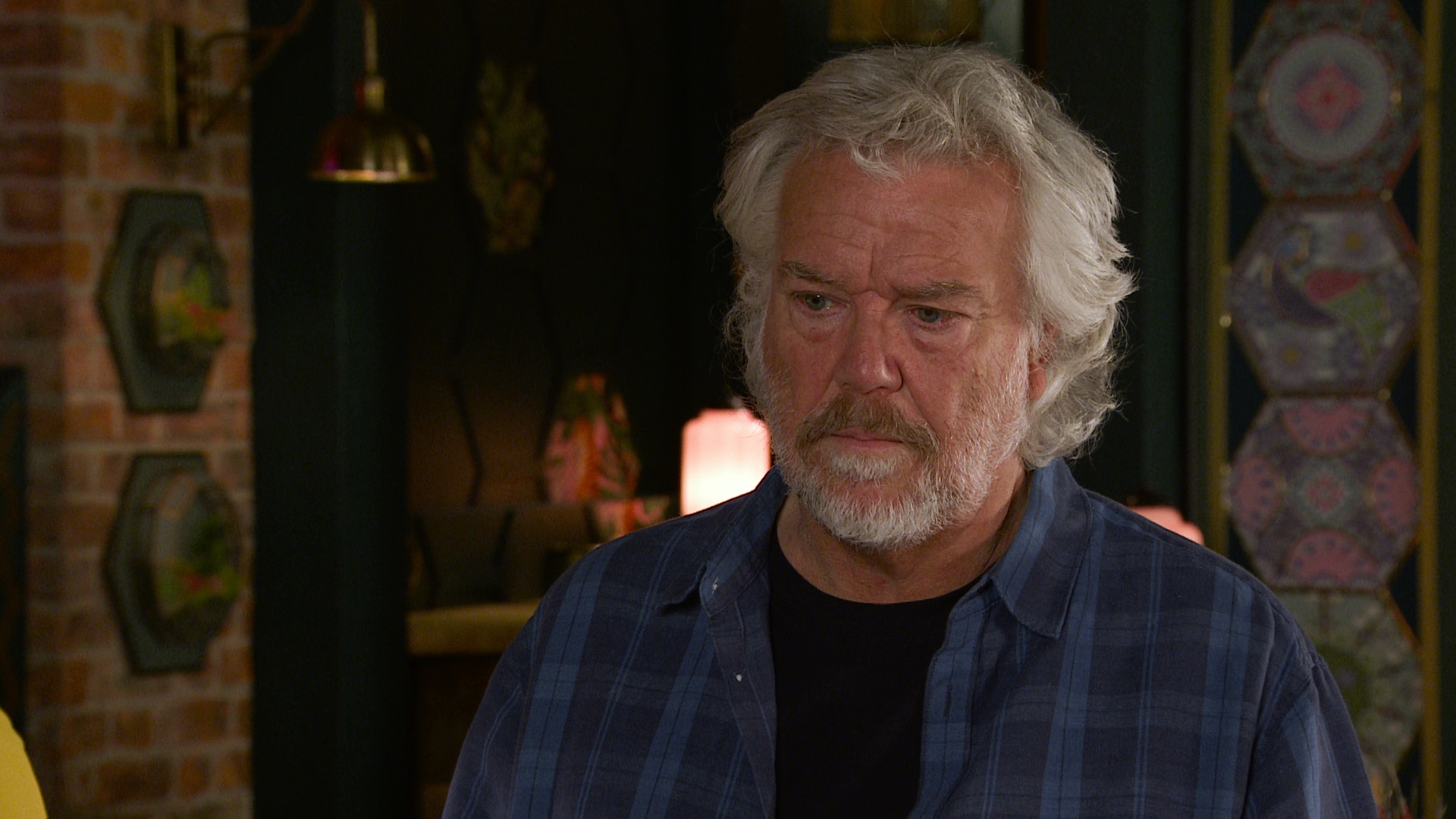 However, being lovely is not in itself a proof of innocence, so the Nazir family have been doing everything in their power to prove that Stu was wrongly imprisoned for the murder of a waitress called Charlie.

In tonight’s episode there was a breakthrough when Dee-Dee Bailey (Channique Sterling-Brown) discovered that there had been no trace of Stu’s DNA on Charlie’s bag, found at the scene next to her body. What was needed next was another DNA analysis of the bag, but Dee-Dee advised Alya (Sair Khan) that would cost a lot of money.

Meanwhile Stu was over the moon when his daughter Bridget (Beth Vyse) brought his granddaughter Eliza (Savannah Kunyo) to meet him at Speed Daal. The meeting went well, with Stu giving the little girl a necklace and being delighted when she responded with, ‘Thanks, Granddad.’

‘This is the best day ever,’ Stu told his daughter.

His happiness was short-lived, however, because it wasn’t long before Stu’s ex-wife Lucy (Lynda Rooke) turned up and insisted that her daughter and granddaughter should leave immediately. ‘Did Granddad tell you about the prison dinners?’ she said to the little girl, cruelly.

Alya was suspicious that Lucy could be hiding vital information about the case and told Dee-Dee of her concerns.

And it seems she might be on the right track, as later on we saw Lucy warning Bridget to ‘keep her trap shut in future,’ warning her that she didn’t want to spend the rest of her life behind bars.

‘If you ever get emotional again and spill your guts to daddy…’ she warned. ‘Wise up – no more slip-ups.’

Has Lucy just revealed that she was Charlie’s killer?

And has Bridget been hiding the secret all of these years and letting Stu take the blame for something she knows he didn’t do?

10/03/2022 TV & Movies Comments Off on Stu’s murder mystery finally solved in Corrie as the true killer is revealed?
Recent Posts