A suspect was arrested on Wednesday on arson charges for setting fire to a 50-foot Christmas tree outside of Fox News headquarters in New York.

Police identified the suspect as a 49-year-old man and said that he climbed the tree and lit the fire.

“The fire was extinguished and responding officers arrested the suspect, who has been charged for this crime,” police said.

According to the Associated Press, the suspect was homeless, and he also faces charges of criminal mischief and trespassing. No injuries were reported. 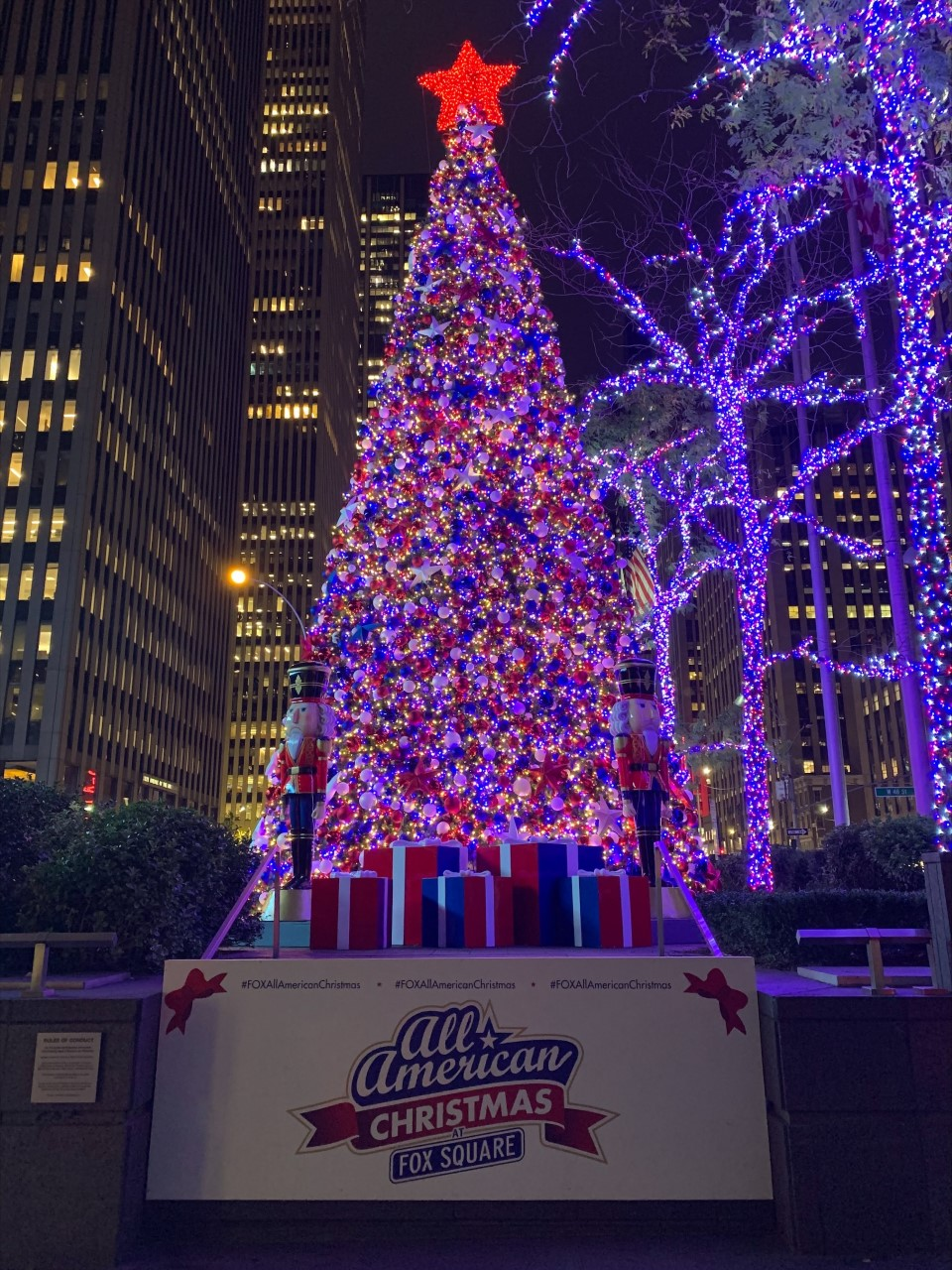 The tree was outside the News Corp. headquarters in midtown Manhattan.

Fox & Friends also featured the incident on its show on Wednesday, as the hosts lamented the safety of the city. Co-host Brian Kilmeade connected the incident to criminal justice policy and the Defund the Police movement. “How soon until this psycho is out again to burn somebody else’s tree down or grab some weapon and harass somebody in the subway.” Co-Host Peter Doocy cautioned that “we don’t know the specific details yet. The police report has not been filed. We just heard what some of our security has said.”

The tree was lit in a ceremony on Sunday.

Suzanne Scott, the CEO of Fox News Media, sent a memo to employees on Wednesday morning about the incident.

“We will not let this deliberate and brazen act of cowardice deter us. We are in the process of rebuilding and installing a new tree as a message that there can be peace, light and joy even during a dark moment like this.” She said that they are planning a lighting ceremony for the new tree. 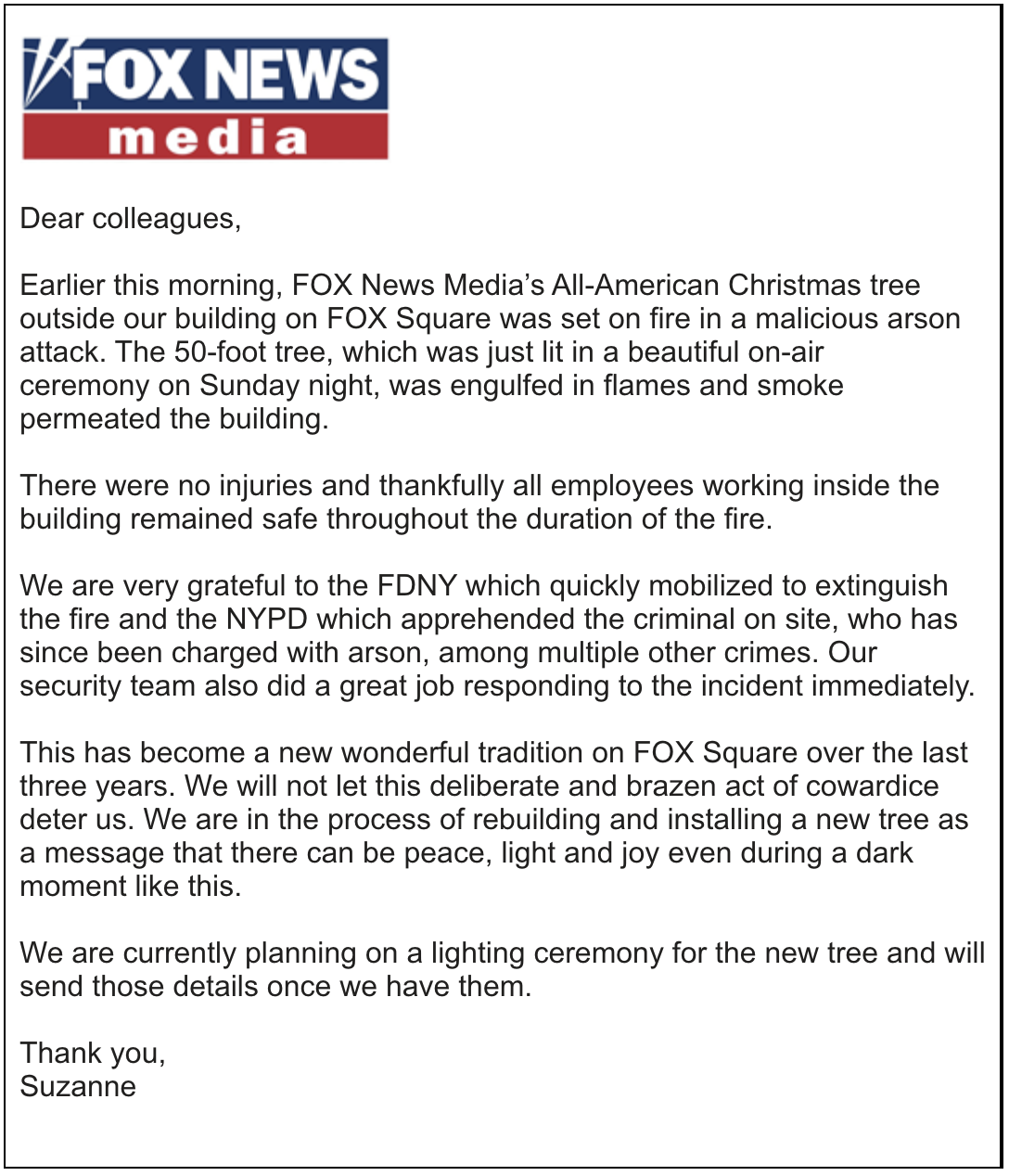 Jussie Smollett Says He Was Victim Of $2M Shakedown Along With Attack; Defense Rests