The Bachelorette Season 18 is coming to an end, and many fans are hoping to watch Michelle Young get engaged to her final rose winner. Of course, viewers will have to wait until the grand finale in December. But at this point in the game, many Bachelor Nation fans have their theories. Then recently, Jimmy Kimmel and his wife, Molly McNearney, predicted who wins Michelle’s heart in The Bachelorette. Now, did the Jimmy Kimmel Live host correctly guess the bachelorette’s final pick and start a new streak? Here’s what we know, including spoilers.

Now, it seems like Kimmel’s prediction about who wins Michelle’s Bachelorette season could come true. But hopefully, without the “very public” breakup down the line. According to Reality Steve’s spoilers, Michelle picks Nayte in the finale. The Bachelor Nation blogger also claimed that the two are still engaged.

Now, this wouldn’t be the first time Kimmel got the winner of The Bachelor franchise right. The late-night host actually had quite the streak going in the past. Kimmel predicted Becca Kufrin as Arie Luyendyk Jr.’s final rose, Garrett Yrigoyen as Kufrin’s choice, Cassie Randolph as Colton Underwood’s winner, Jed Wyatt as Hannah Brown’s pick, and Hannah Ann Sluss as Peter Weber’s future fiancée, and Rachael Kirkconnell as the last one standing on Matt James’ season.

However, Kimmel incorrectly guessed the last two seasons of The Bachelorette. The host predicted Ben Smith as Tayshia Adams’ winner. But Adams picked Zac Clark. Then Kimmel theorized that Katie Thurston would choose Greg Grippo, and she got engaged to Blake Moynes in her finale.

What Michelle Young says about the end of her ‘Bachelorette’ experience 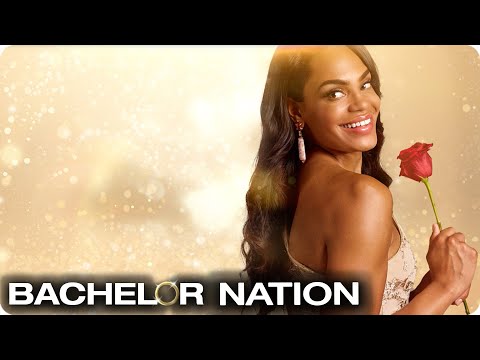 For now, Bachelor Nation fans will have to wait and see whether Kimmel’s prediction and Reality Steve’s spoilers come true in Michelle’s Bachelorette finale. But whatever happens next, the current lead recently told People she is “very happy” with her experience on the show.

“I feel like I make the right decision in the end,” Michelle said.