Now that The Big Bang Theory has ended, those of you who watched it regularly are probably wanting to go back and review the entire series. While seeing it from beginning to end isn’t possible yet until the last season becomes available on DVD, streaming, or syndication, you’ve no doubt compiled your own favorite episode list.

We’ve turned back to the series to give you a top five countdown of TBBT’s all-time best episodes to remind you of how funny the show could be. Even if some still think it was an exaggerated portrait of geek culture, these episodes will prove the show wasn’t just a one-note joke. 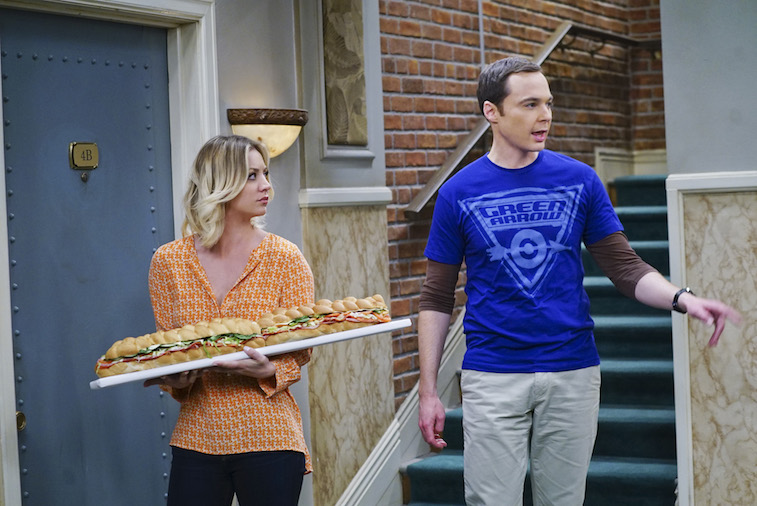 This episode from Season 6 (2013) gave everyone a good example of how creative the writing could be. Really, it was a throwback to the earlier days of sitcoms where a plot would usually involve the characters giving different interpretations of a certain situation. Think of it as a sitcom version of Rashomon.

In this TBBT plot, Howard receives a letter from his estranged father. He’s afraid to read it, so his friends attempt to help out. The alternate reality idea has a twist here with each friend writing their own version of what they think the letter says. They ultimately don’t tell Howard which one is the real letter.

A great writing premise was showcased here without playing up contrived geek jokes in every line.

By Season Nine, we saw the male characters finally find girlfriends to not make things seem completely bleak for geeks. For this episode, we saw TBBT more or less destroy the geek tropes and have Sheldon skip out on Star Wars: The Force Awakens so he can be with Amy (Mayim Bialik) on her birthday.

As you might guess, this is the first time Sheldon and Amy have sex, ironically on a night when geeks across America were sitting in a movie theater.

Check out the episode’s fun trailer that offered a Star Wars opening parody with scrolling credits.

If you want to watch an episode dividing Sheldon’s marriage to Amy with geek culture, look no further than this episode from last year. We finally see Sheldon and Amy tie the knot after being together for a few years.

The officiant at the wedding is none other than Mark Hamill, giving you a chance to see the notable sci-fi legends who were willing to appear on the show. Somehow we wonder if Hamill didn’t start receiving real requests to officiate at geek weddings after this.

Making the mix of romance and science all the more fun is seeing Sheldon and Amy reach a breakthrough with a scientific theory just before the wedding takes place. Those of you who watched the show to the end know this theory is what Sheldon and Amy win the Nobel Prize for in Physics.

Let’s go back in time to the second season when all the geek jokes were still flying fast and furious on TBBT. You may remember this episode where Leonard Nimoy is an outside central theme and lifelong Sheldon obsession.

Intended as a holiday episode in 2008, the story involved Penny giving Sheldon a napkin containing Nimoy’s DNA via latter’s autograph. Sheldon’s obsessive freak-out over owning such an item gives you a good example of the geek jokes permeating the first five years of the series. It all works well here, and you’ll manage to laugh hard at the absurdity of Sheldon’s ongoing Star Trek fanaticism.

True TBBT fans say this Season Four episode may rank as No. 1 (next to the series finale) because it showcased the entire expanded cast for the first time. Taking place in a car most of the time for a road trip to Comic-Con, it featured Amy and Bernadette more extensively, adding a whole new dimension to the comic possibilities.

Writers on the show did a smart thing adding the women to bring more credibility and opening the door to more creative situations. Otherwise, we might have seen TBBT end after four years, shorting the cast of syndication residuals and near iconic status.

05/29/2019 TV & Movies Comments Off on 'The Big Bang Theory': The Ultimate Ranking of the Best Episodes to Watch
Recent Posts