THE Duchess' Katherine Ryan has revealed why she was desperate for 'dimples and cellulite' in her Netflix comedy's nude scenes.

The 37-year-old comedian's first ever sitcom launched on the streaming service today, and sees her play 'Katherine', a single mum whose daughter wants her to have another baby by any means possible.

Katherine has the option of hooking up with her daughter's father, former boybander Shep, or committing to her current boyfriend Evan, and a number of scenes in the show see her flashing her bottom at both men.

Speaking about the importance of embracing the female form and nudity, Katherine told The Sun Online: "To me, as a 37-year-old woman, I have dimples now and cellulite and nudity to me now carries a very different purpose and a very different message than nudity when I was 20 years old.

"Because I would have been objectified then or portrayed in a different sexualised way where as now if I see any women of my age naked with any imperfections I find it very empowering and body positive.

While viewers will get a glimpse of her derriere on-screen, Katherine revealed one scene involving her bare bottom was cut out of the final version of the show.

She said: "There was also a scene where my bum was out around Buckingham Palace and I’m not sure if that’s treason and that’s why that was cut out.

"We did shoot it, they indulged me, they let me shoot it and then they were like ‘We’d like to lose the bum’.

"So it was collaborative and I didn’t always get my way and that was good for me. They let me be my authentic self, but with trousers on." 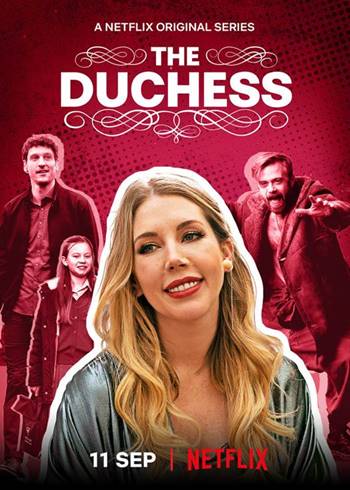 Katherine also wrote and produced the show as well as starring in it, and discussing her first foray into making a sitcom, she insisted she didn't find it scary.

She said: "If you can write a narrative in stand up and you instinctively know where the beats are and you know where punchlines go and where the softer beats are, then you do the same with a comedy series.

"So in a way it was daunting as I had all these extra moving parts such as producing and casting and being involved in the edit, but I would rather do a lot than do a little. I like being in charge of as much as I can be."

The Duchess is available on Netflix now