The Falcon and the Winter Soldier cast includes Anthony Mackie and Sebastian Stan in their previous Marvel roles as Sam Wilson and Bucky Barnes. Many have speculated that Sam will take Captain America’s title in the upcoming Disney+ series. In a recent interview, Mackie addressed the rumors and revealed a few clues about Sam’s role going forward. 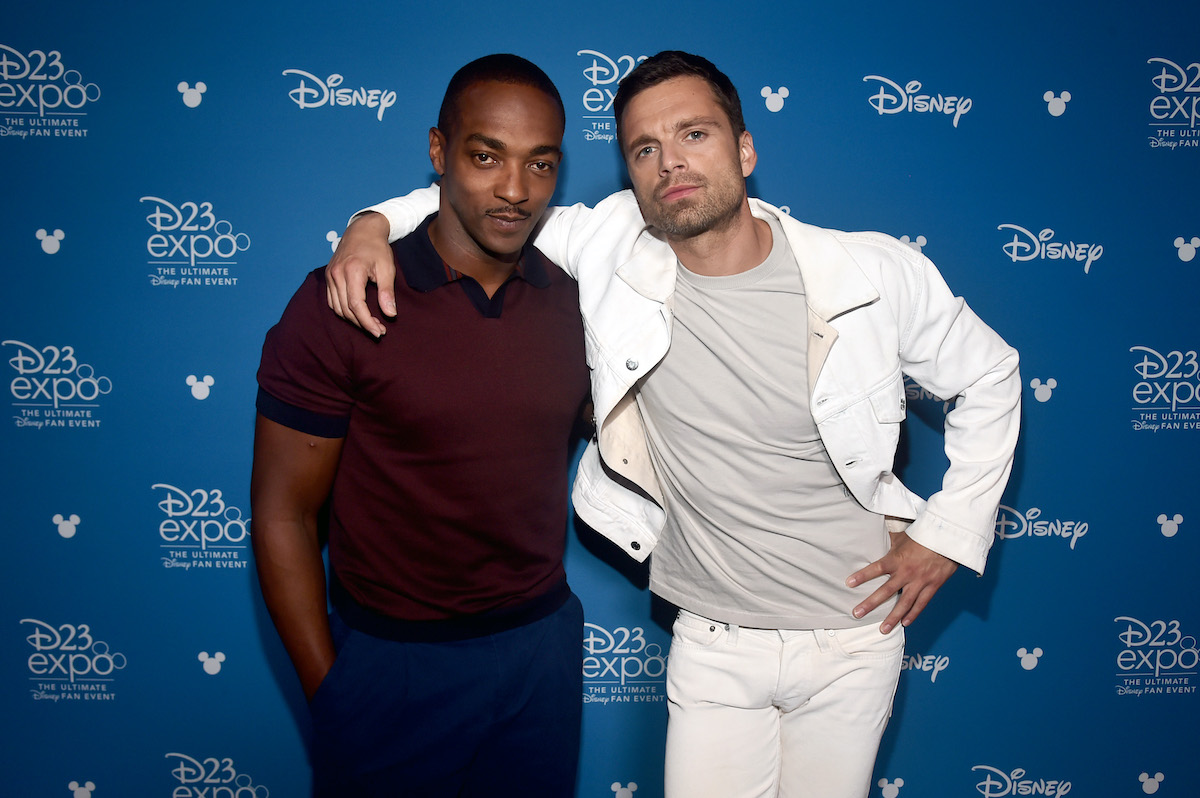 With Phase 4, the Marvel Cinematic Universe brings fans a world of superheroes that now interconnects through TV and film. WandaVision, for example, picks up after the events of Avengers: Endgame —  in which we said goodbye to both Iron Man (Robert Downey Jr.) and Captain America (Chris Evans). And it brings back Elizabeth Olsen’s Wanda Maximoff and Paul Bettany’s Vision, along with characters from Thor, Ant-Man and the Wasp, and Captain Marvel.

Similarly, The Falcon and the Winter Soldier will see Mackie and Stan return as Steve Roger’s best friends. Like WandaVision, the new series will likely feature characters from the MCU. Don Cheadle recently confirmed James “Rhodey” Rhodes, aka War Machine, will make an appearance.

Why fans are convinced Sam Wilson is the next Captain America

At the end of Avengers: Endgame, Steve reveals that he stayed in the past when he shows up as an old man to meet Bucky and Sam. He hands Sam his shield, suggesting he is presenting him with the mantle of Captain America.

“We saw Old Man Cap hand that shield to Sam Wilson at the end of [Endgame], and the question is, what did he do with it next?” Marvel head Kevin Feige said at Brazil’s CCXP in 2019 when talking about The Falcon and the Winter Soldier.  “What does it mean for Sam Wilson and that shield?. That’s a big responsibility, and that’s very much what the show focuses on and is about.”

And when promoting Altered Carbon in 2020, Mackie confirmed he would be the next Captain America. “At this day and age in America, I think we are open-minded to the idea of having my face represent us, as a country,” he said as reported by Canoe. “To be Captain America, I want my Captain America to represent everybody. Not just a specific group of people.”

In 2020, leaked photos from the set of The Falcon and the Winter Soldier suggested there might be another Captain America in the series. In a recent chat with Inverse, Mackie addressed the idea. And without giving too much away, he revealed a few clues about Sam’s mindset in the upcoming show.

The Falcon and the Winter Soldier premieres on March 19 on Disney+.