Season three of The Handmaid’s Tale promises to be a searing watch with 13 new episodes for fans to get stuck into. The new series of the Margaret Atwood drama premiered on Hulu today (Wednesday, June 5) with the first there episodes dropping in one go. Channel 4 will be airing the new series from Sunday, June 9 for audiences in the UK. So far there have been mixed reviews about season three but the true test will be when viewers start watching the show.

Where is The Handmaid’s Tale season 3 set?

WARNING: This article contains spoilers from The Handmaid’s Tale season 2

Season three of The Handmaid’s Tale will be picking up from the series two finale, which saw June Osborne/Offred (played by Elisabeth Moss) make the difficult decision to return to Gilead to save her eldest daughter Hannah (Jordana Blake).

June handed over her newborn daughter Nichole/Holly to her friend and former Handmaid Emily (Alexis Bledel) as she walked back from the Canadian border and into Gilead.

So season three will see June back in Gilead as an undercover rebel as she plans to bring down the totalitarian, ultra-Christian regime and save Hannah from the family she’s put with.

HOW TO WATCH THE HANDMAID’S TALE SEASON 3 ONLINE 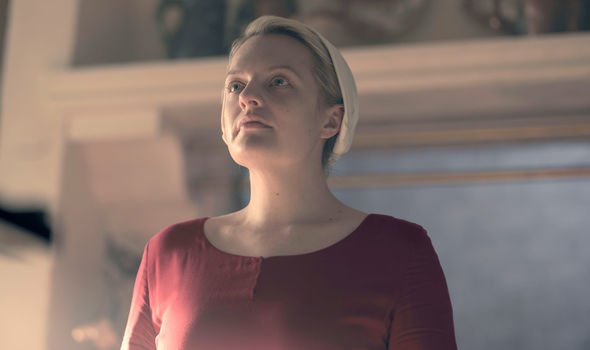 Fans of The Handmaid’s Tale can expect more of the same in terms of setting with a lot of scenes taking place at the home of the Waterfords, where June is stationed as a Handmaid.

We can also see scenes at Commander Lawrence’s (Bradley Whitford) chintzy home as he appears to be helping to launch the revolution.

His home could form a secret location where June and he conspire against Gilead.

However, there are also likely to be some brand new locations as well with Mayday finally mobilising and getting into gear against the upper echelons of Gilead.

There could also be another return to Canada as Serena Joy (Yvonne Strahovski) and Fred Waterford (Joseph Fiennes) looked like they were getting off an aeroplane in the trailer for the new series.

Serena, too, looks like she will be taking on more power despite getting her finger chopped off as punishment for reading in season two.

She will be entering Gilead government buildings as she takes control and apparently secretly working with June on the uprising.

Judging from the trailer, we will be seeing more of Canada than before as Luke (O.T. Fagbenle) thrive in the nation and call for Gilead’s cruelty to end.

HOW MANY EPISODES ARE IN THE HANDMAID’S TALE SEASON 3? 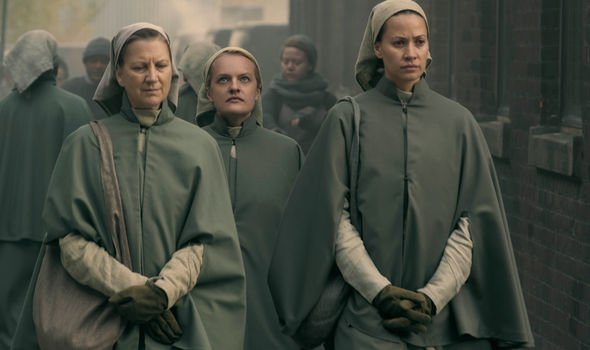 Where is The Handmaid’s Tale season 3 filmed?

Ironically, the series is actually filmed in Canada despite being set in a dystopian North America.

The series took an even stranger turn when season two saw Fred serving as a trade envoy to Gilead and visiting Canada.

Among the filming locations are Toronto, Canada and specifically nearby towns and suburban locations such as Hamilton. 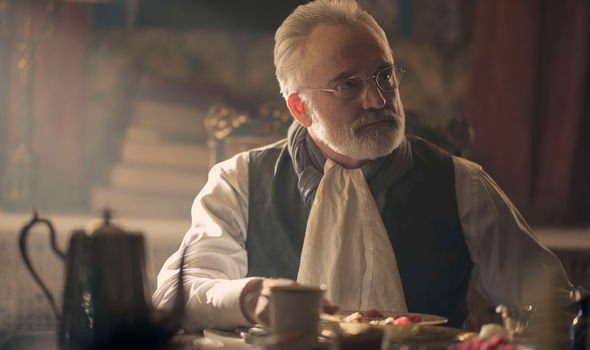 One distinctive location is a half-demolished Baptist Church, which June walks past, on Jackson Street, Hamilton.

Another key location is the Handmaids’ training facility, The Red Centre, which is the Church of St Aidan near Lake Ontario.

According to CN Traveller, there was filming in the Cambridge area of the city around Queen Square with a “’war zone-like atmosphere” created.