The Handmaid’s Tale will be returning to Gilead soon as the story continues. The hit Hulu series stars Elisabeth Moss as handmaid June Osborne in the dystopian drama. But what else do we know about the show and season three?

When does The Handmaid’s Tale season 3 start?

The Handmaid’s Tale season three will premiere on US streaming service Hulu on Wednesday, June 5.

But UK viewers won’t have long to wait with Channel 4 confirming it will show the new series on Sunday, June 9 at 9pm.

Who stars in The Handmaid’s Tale season 3?

Moss will be back as main character June Osbourne/Offred in the new series.

With her dramatic decision to return to Gilead to rescue her firstborn Hannah at the end of the last series divisive among viewers, it will be interesting to see where we find her character. 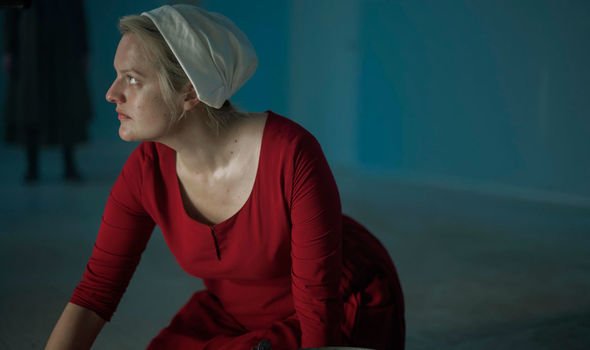 “To fight against the people she has to fight, she has to become more like them.”

The Waterfords will also be back with Joseph Fiennes reprising his role of the Commander and Yvonne Strahovski as Serena.

Supporting cast will be back with Alexis Bledel as Emily, Ann Dowd as Aunt Lydia and Max Minghella as Nick Blaine.

IS HULU AVAILABLE IN THE UK? 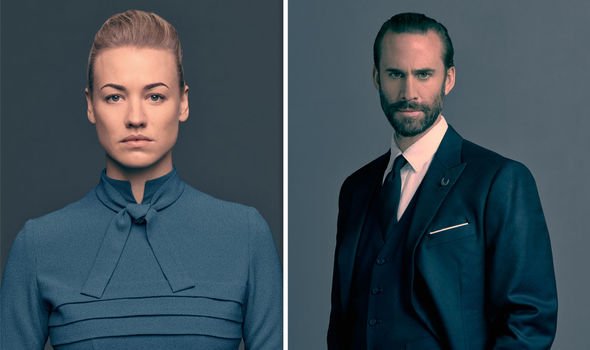 What is The Handmaid’s Tale season 3 about?

The show is set in a dystopian reality based on the after-effects that a second American Civil War could cause.

Based on the novel by Margret Atwood, the show has taken the reins to continue the story as we follow what June Osbourne will do next.

The end of season two finished with June taking the decision to return to Gilead instead of going to Canada with Emily and her new baby Nichole.

Now the show picks up back in Gilead with June seemingly on the precipice of trying to inspire a revolution.

WILL MOIRA RETURN IN SEASON THREE? 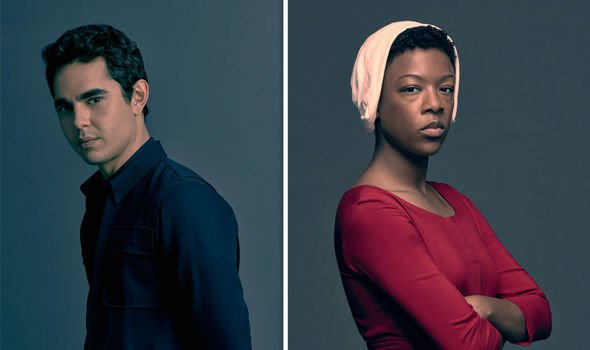 Is there a trailer for The Handmaid’s Tale season 3?

Yes, Hulu has released a number of trailers for the new season, the latest of which you can watch above.

It seems to show that she might be joining up with Mrs Waterford to do everything she can to tear the powers that be down from within.

June’s story arc will be interesting as we see what she does next as season three begins.

The Handmaid’s Tale season 3 premieres on Hulu on June 5.