CBS saw the return of its Monday primetime lineup with the Season 3 premiere of The Neighborhood leading the pack. The timely Black Lives Matter-themed episode set the pace for the night with a 0.9 in the adults 18-49 demographic and 6.02 million viewers, the latter up 6% over last season’s premiere.

The shutdown-delayed sophomore season debuts of Bob Hearts Abishola (0.7, 5.60M), on par with last season’s average, and All Rise (0.6, 4.62M), steady in the demo but matching audience lows, also returned for the network, followed by Bull (0.5, 4.91M) and its musical Season 5 premiere which hit series lows.

The final numbers for CBS’ season premieres are likely to be adjusted due to local NFL preemptions.

On NBC, The Voice (0.8, 6.78M) continues its socially distanced season but was slightly out of tune last night, stumbling two tenths in the demo and off in viewers. Meanwhile, Weakest Link (0.5, 3.00M) managed to hang on to last week’s numbers.

ABC saw dips across the board as Dancing with the Stars (0.8, 5.58M) lost its rhythm from last week, ticking down two tenths in the demo. The Good Doctor (0.5, 4.20M) also dropped two tenths while shedding viewers.

NBC and ABC tied for the top spot overall in the demo while the former won the night overall in total viewers. 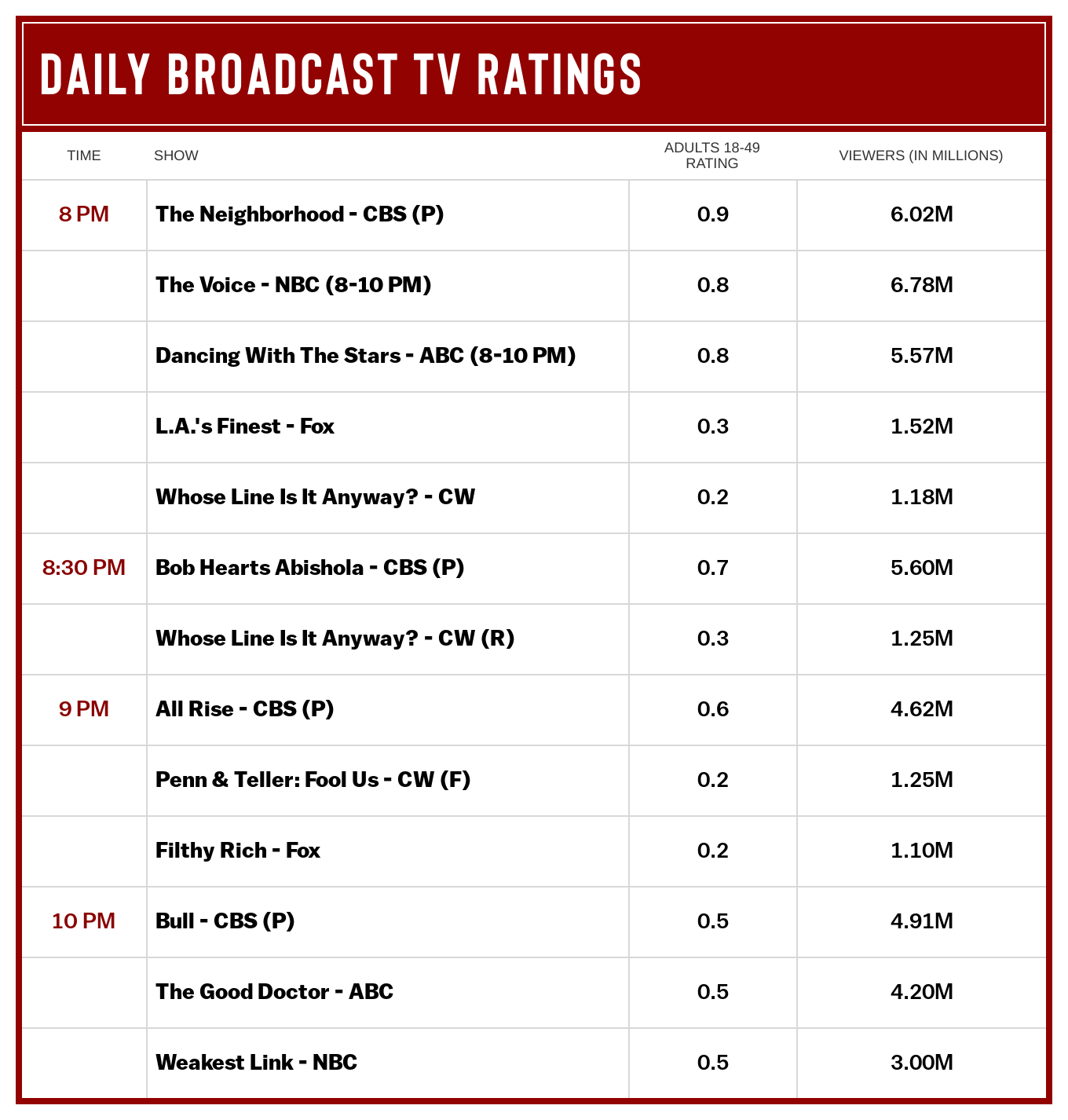 11/17/2020 TV & Movies Comments Off on ‘The Neighborhood’ Returns To Top Monday Ratings; ‘The Voice’ Dips
Recent Posts
We and our partners use cookies on this site to improve our service, perform analytics, personalize advertising, measure advertising performance, and remember website preferences.Ok